Plenty of people live in cramped quarters. A third of rural Indians live in homes where each person gets just 65 square feet or less of living space.

But at 33 square feet, Austin University College Dean Jeff Wilson, a.k.a Professor Dumpster, has got them beat with his Dumpster Project.

Wilson took post-divorce downsizing to a whole new level by moving into a dumpster on the campus of the university where he teaches, paring down his possessions to some bedding, a couple shirts, and a few pairs of shoes and pants, all of which are stored in a compartment beneath a false floor installed into the dumpster, according to James Hamblin's Atlantic piece.

The only thing Wilson did not skimp on was bowties (he has eight or nine), which arguably are necessary to add some flair to his otherwise limited wardrobe.

Wilson moved from a  just-under-the-national-average 2,500-square foot home to the dumpster, which he is utilizing as an experiment to illustrate issues of sustanability and human needs to his students.

According to the piece, Wilson has become more connected to his community (since his dumpster is too small and hot to actually spend time in, he tends to hang out in the laundromat.)

"I have met a much wider circle of people just from going to laundromats and wandering around outside of the dumpster when I would’ve been in there if I had a large flat screen and a La-Z Boy,” he says.

His zero-waste, zero-energy home lacks certain amenities most Americans would consider basic, such as a toilet. But Wilson, who admits his project is "an outlier experiment,"  is not alone there; even in the wealthiest country on earth, 1.6 million Americans lack indoor plumbing.

Wilson does have plans for a toilet, as well as a shower and a washer/dryer (so long, laundromat), all fueled by city water, a connection to the electrical grid, and a shade structure to protect the dumpster from the scorching Texas sun. 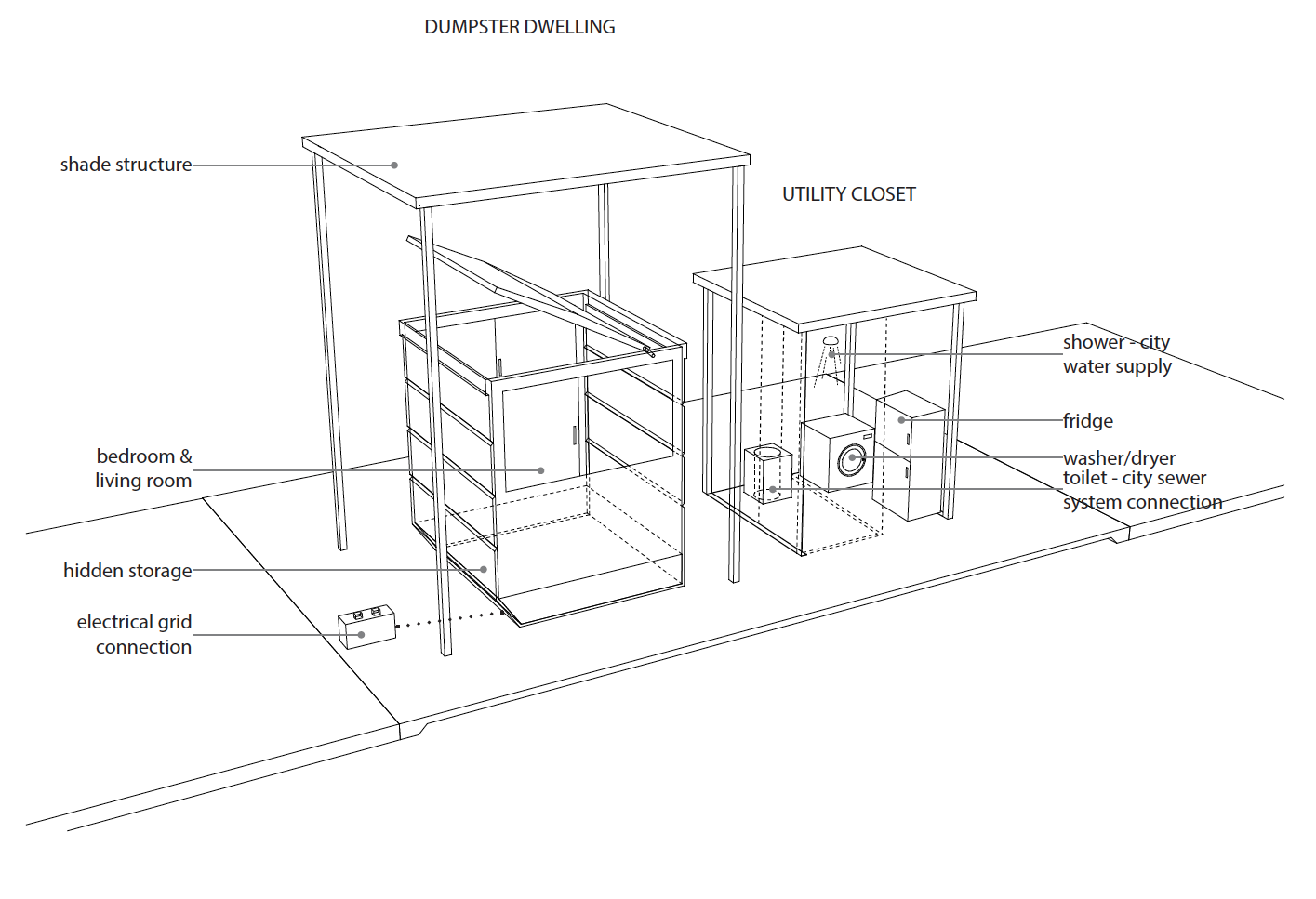 Wilson's goal is to demonstrate what is possible with ingenuity and a willingness to rethink how much stuff a person needs to own and store in a house for a happy life.

"What’s interesting about this is it’s really testing the limits of what you need in a home,” he tells the Atlantic.

If you have "disposable income" and would like to "pitch in" to help Wilson's project, visit his website and make a donation.