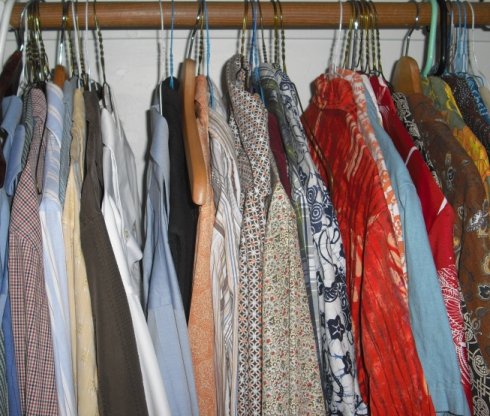 Here at the World Domination Headquarters of Shareable.net (i.e., my dining table), we have a slogan: "Ownership is nothing, access is everything." This means that one doesn't need to own something if you can share its use with other people–doing so can give us access to things we might never be able to afford and, in the process, we can make new friends and create less waste.

In the past month of our existence, we've described how to share cars, bikes, backyards, food, homes–and even sharing clothes through a new service called ThredUp . But what about taking clothes-sharing to the next level–and renting your wearables? From the Times of London:

Large wardrobes of seldom-used clothes are no longer environmentally acceptable and people should instead rent outfits and accessories, according to the Government’s waste watchdog.

The Waste & Resources Action Programme (Wrap) claims that overcoming our obsession with owning goods could be a “secret weapon” in meeting climate change targets. It has called for a fifth of all household spending, £148 billion out of an annual total of £732 billion, to be converted to renting by 2020.

In a report published today the watchdog calls for the transformation of a large part of the retail sector into a service industry specialising in renting goods, with each item used by many different people during its lifetime. Wrap identifies five categories of goods suitable for renting: high-end clothing; glassware and tableware; tools and equipment for house and garden; vehicles; and telephone, audio and recreational equipment. On clothing, the report proposes that hiring should replace 10 per cent of the retail market within ten years.

Liz Goodwin, Wrap’s chief executive, said: “It could be quite liberating and free our homes and garages from all that clutter that we rarely use. By hiring, we can also get better party dresses and handbags or a better drill to do some DIY than we would be willing to buy.

“Why would anyone want to own that many things anyway? We need to have the confidence that we can get things when we need them but we don’t need to have them sitting beside us every day.”