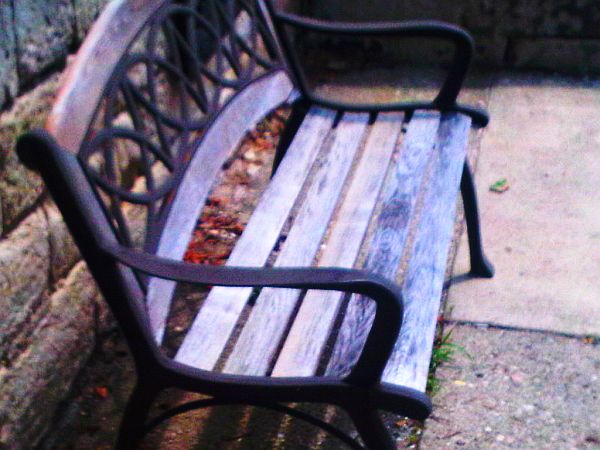 At the same time, it’s so much more.

When my fiancée and I made the decision to move out of New York City, there were a lot of factors that we were considering.  Among those factors, as cheesy at it was, was that we were looking to live somewhere where we could really have a sense of community.  Living in an apartment in Queens, being the only people in the building who were under the age of 40 and not part of the very insular Hungarian-American community in our borough, and finding ourselves at odds with the artistic and media-centered cultures and communities we self-identify with, it was incredibly isolating.

We wanted to fix that.

Both my fiancée and I were from backgrounds involving a lot of community connection and networking. Members of the underground DIY indie music culture as well as being raised to value family and neighborhood connections, so one of the things that we looked for was a place to settle down and find that sort of atmosphere.

We moved to Columbus, Ohio, a city in the American Midwest with all of the thriving artistic scenes that we were craving, but at the same time we realized also fostered a sense of true community wherever we were.  We rent half of a beautiful redbrick duplex in a wonderful neighborhood, know our neighbors, and meet people almost every day going to the bookstore, the coffeeshop, local restaurants, and the dog park.

We have a bench outside our house.  It’s just something bought from the housewares/gardening department of a store like Sears or Target that the previous tenant had assembled and set up outside the front window, it’s sort of rickety and not in the best shape.  The dog jumped up onto it recently and I felt the whole bench shake, it’s that unstable.  That general creakyness hasn’t done much to deter it from becoming a bit of a neighborhood staple, with just about everyone who walks through our neighborhood stopping to sit and catch their breath.

Columbus is a city that thrives on embracing sharing community resources, from the open parks to the bike lanes to community gardens.  My neighbors stop with their dogs and drop off dog doo in my garbage can (another great aspect of this dog-friendly neighborhood, where all dog-minded residents make sure their garbage cans are towards the street so anyone walking down the sidewalk can deposit a dog’s bagged deposits without having to keep walking until you find a city garbage can!). They stop with their baby carriages to feed or just rest for a minute.  One of my neighbors, an older woman with two dogs, sits on the bench while she lets her dogs out to stretch their legs.

When we first moved into the neighborhood, our stoop and that bench were a type of common ground, where we sat with our neighbors and landlord and were randomly introduced to other long-term residents of the neighborhood.  We didn’t care that others used the bench, which was technically ours now apparently, because we understood that it’s part of the community as a whole and thus, for everyone to use.  It’s not chained to the sidewalk or the stoop or anything, in theory you could grab it and throw it into the trunk of your car in a few minutes without much fuss.

Just that small act of sitting outside on a summer evening and saying hi to people as the walk by and petting dogs started to solidify our place in the neighborhood.  People recognized us as the new couple in the area, the young couple who were initially from New York and were thinking about getting a dog. I don’t really know what we would’ve done to meet others in the neighborhood if we didn’t have that bench.

But we do have the bench.  And we did make our first forays into being part of a real and interactive and open community through it.  Which ultimately saved our car.

Having forgotten about alternate-side street parking our first month in Columbus, our neighbors came to the rescue, pounding on our front door and yelling that our car was about to get towed. Which lead to me running out the door in my boxers and car keys to move the car…and then ultimately walk a block and a half home with no pants on.

Things I share: Skills & techniques (as a teacher), thoughts and ideas (with my writing), art and humor (through my comics).