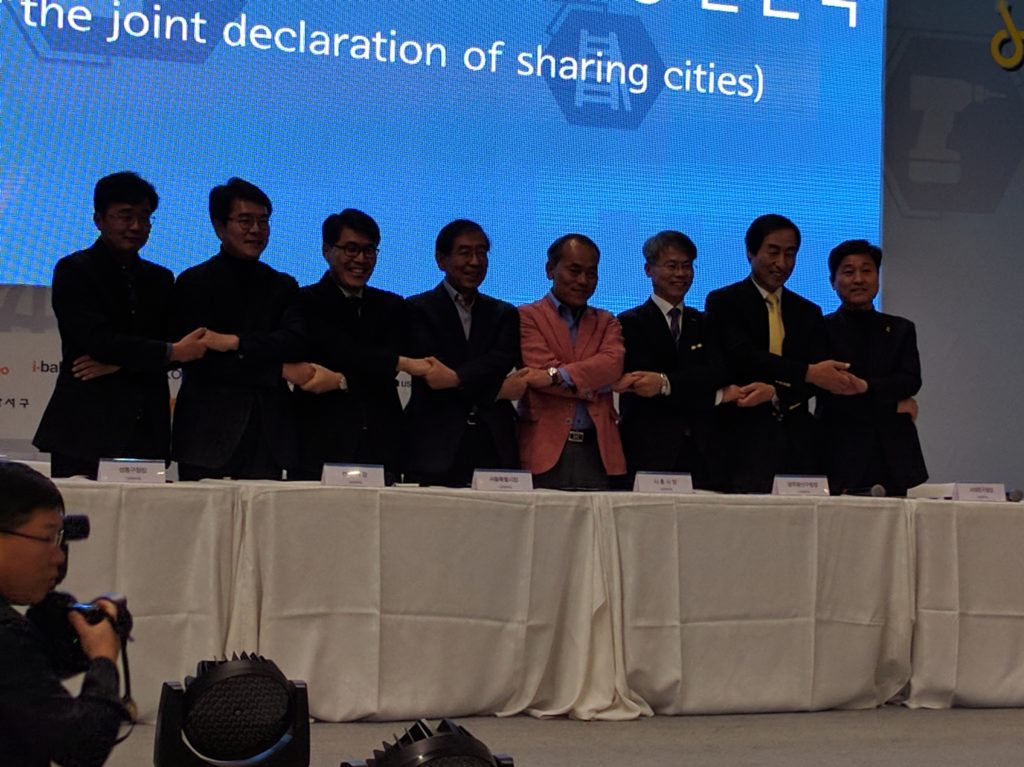 In the opening ceremony of Seoul’s two-day, annual Sharing Festival at Dongdaemon Design Plaza on November 6, Mayor Park Won-soon signed a joint declaration with the mayors of other Korean cities — including Jeonju, Suwon, Seongnam, Siheung, Gwangju, and Don-gu — to develop their sharing cities together. The ceremony marked the fourth anniversary of the launch of Mayor Park’s groundbreaking sharing city program, its considerable progress and influence around the world, and the relevance of sharing to Korea society and cities in general.

In his opening remarks, Mayor Park emphasized cities’ function as platforms for sharing and the central role citizen’s play in making the city. He acknowledged his recent win of the Gothenburg Award for his work on Seoul, Sharing City, but attributed its success to the citizens of Seoul who’ve made it happen. He quoted Jeremy Rifkin who said that Koreans work in a capitalist economy during the day, but come home to a sharing economy at night. Mayor Park said that he sees sharing as compatible with Korean culture but also compatible, complementary, and convergent with capitalism. A sharing economy is an alternative but also consistent with a market economy and also opens new worlds.

After the mayor of each city gave a short statement of support for the multi-city collaboration, they signed the joint declaration, and then rose to stand hand-in-hand crosswise – imitating the logo of the festival — across the stage in a show of solidarity.

What followed were two days of sharing cities talks from a local and global representatives and an exhibition featuring Seoul’s top sharing enterprises. The conference talks explored sharing as a solution to urban problems and the advantages of the sharing economy. Speakers from Seoul and around the world filled out the program.

Highlights of the conference talks included:

The talks were held alongside an exhibition that featured dozens of Seoul-based sharing enterprises including SOCAR (carsharing), i-baby (used kids clothing marketplace), Kozaza (homestays in traditional Korean hanok houses), 7 Pictures (matches artists with exhibit spaces), Share-US (shared living spaces for young people), and more. Perhaps uniquely Korean is The Open Closet, a nonprofit that rents formal clothing. Young adults make up 70% of their earned income. In Korea, you must wear a suit to a job interview even if the day-to-day job doesn’t require wearing a suit. They’ve served 30,000 people, keep very busy, and are planning to expand. Eunpyeong Sharing Center’s booth also stood out. It included a maker space where you could make wooden pens, all with the help of an expert lathe operator. I made one in about 15 minutes (with a lot of help). It was a relief to make something with my hands after a two-day cerebral workout across oceans and cultures. 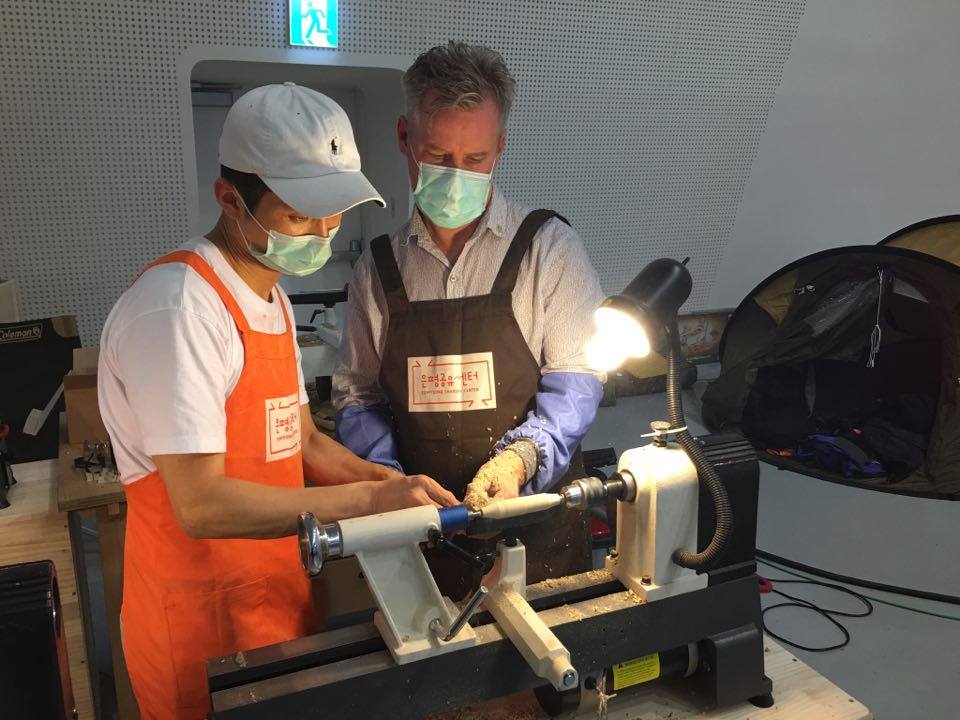