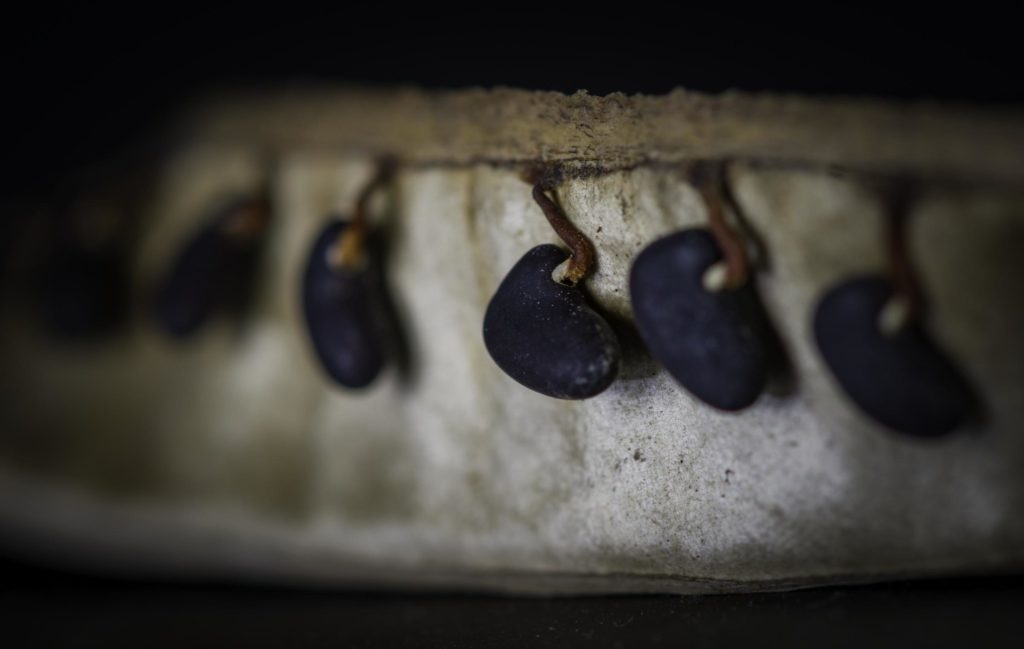 The specter of empty shelves at the store and restrained household budgets have spurred Ocean Beach Public Library members in San Diego to flock to an online seed exchange.

What began as a community project by library assistant Destiny Rivera in 2019 with 150 active members has recently tripled and has a following throughout the county. The library has seeds for leafy greens and root vegetables, by request via Facebook.

Twice a week, Rivera ships dozens of seed packages from a makeshift office surrounded by jars of seeds donated and purchased in bulk before the pandemic. With seed companies around the U.S. no longer taking orders, the library has been busy since April. “We posted we had seeds available which has had a ripple effect throughout our social media network,” Rivera said.

As word has spread, so has the scope of the group.  Rivera said members are taking the initiative by sharing resources and their gardening expertise with their neighbors.

Rivera belongs to a cadre of dedicated food activists and volunteers at the core of a low-key gardening movement designed to nourish people. According to recent media accounts, this movement is quietly unfolding across the U.S., spurred by anxiety about the future.

As concerns mount over global food supply disruption and recession impacts on family budgets, people are looking to their yards as a potential resource and a refuge from the onslaught of grim headlines. Panic shopping has turned to pandemic gardening. Gardening advocates like Rivera are facilitating that process in the name of better health and food security. “Planting a small garden is a revolutionary act,” she said.

The San Diego project is one of over 600 seed libraries that have opened in the United States, Europe and elsewhere, since a group of Californian social justice and food advocates launched the Seed Library Network in 2012. The Network’s website offers an evolving set of online guidelines and resources for seed librarian best practices.

Seed libraries, which were mostly housed inside public libraries, are adapting in the pandemic.  Network co-founder Rebecca Newburn is offering online workshops to beginners and posting YouTube videos on how to distribute and share seeds safely. “People are stressed and stretched and that’s why we’ve tried to provide resources to novice gardeners,” Newburn said.

The Network’s goals are to distribute seeds and educate participants about gardening techniques, soil types, and the climate conditions unique to their region. Advocates say that saving seeds can lead to greater awareness of the plant kingdom, and that sharing plant knowledge is essential to preserve genetic diversity. At present, a handful of staple crops feed most of the world’s population.

“We’ve lost a lot of genetic variety as people have moved off the farm and seed companies consolidated that makes us vulnerable to shock,” Newburn says. Ironically, the best way to prevent orphaned varieties of vegetables fading from the dinner table is to grow, harvest, and eat them.

Each seed library is autonomous. However, most share common traits to promote backyard biodiversity through the cultivation of local varieties of plants and to improve food security by feeding people. Distributing thousands of seed packages to households and food banks is a labor-intensive process.

In the San Francisco Bay Area, seed-saver organization Richmond Grows has opened 11 free mini-libraries stocked with seed packages and aims to distribute 20,000 seeds to low-income residents. Other seed librarians are offering curbside pickup to reduce the cost of shipping.

Laws governing seed saving vary from state to state but California’s seed savers — like Rivera and Newburn — benefit from recent changes in food policy in that state. In 2016, the State enacted the Seed Democracy Exchange Act, which permits the free exchange of seeds without fear of litigation.  Nebraska, Illinois, and Minnesota have similar laws on the books.

Newburn says people want to know where their food comes from and how to grow it sustainably, which is what is driving demand, especially for local seeds.  The sentiment recalls World War II-era Victory Gardens, when countless families across the U.S. supplemented their groceries with homegrown vegetables.

The librarians involved hope the gardeners and the seeds will endure.  “It’s a humbling experience. Everyday, I’m learning about the resilience of seeds,” Rivera said.

Enrique Gili is a freelance writer based in San Diego covering environmental issues in Southern California and beyond. His focus is the intersection between science, technology and nature with a

Enrique Gili is a freelance writer based in San Diego covering environmental issues in Southern California and beyond. His focus is the intersection between science, technology and nature with a twist of food politics