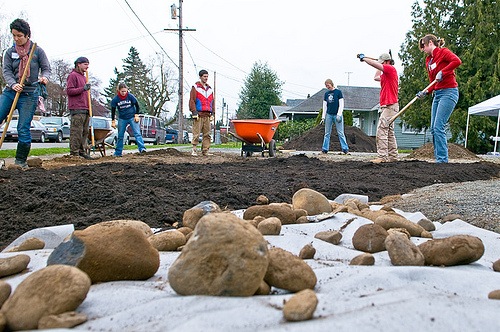 This essay was originally published by Greater Good, an online magazine dedicated to highlighting ground-breaking scientific research into the roots of compassion and altruism, published by the UC Berkeley Greater Good Science Center.

Can a city's planning and design promote positive mental health?

New research has documented that pedestrian-friendly neighborhoods can be particularly important for maintaining good mental health, especially in the elderly.

A study published in the April issue of the Journal of the American Geriatric Society found that senior men showed fewer symptoms of depression if they lived in more "walkable" neighborhoods, which have smaller blocks, fewer office buildings, and greater proximity to grocery stores, restaurants, and retail shopping areas. 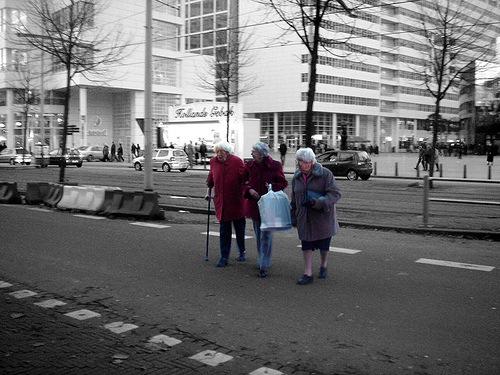 Prior research had suggested a link between exercise and reduced depression. But in this study, the men's levels of depression did not depend on how much they exercised.

So the benefits of walkable neighborhoods seemed to go beyond their ability to encourage physical activity, suggesting that "it's something about the environment itself" that's associated with lower levels of depression, according to Ethan Berke, the study's lead author.

Berke speculates that walkable neighborhoods might be so important because they promote social connection and reduce isolation, a major predictor of depression. 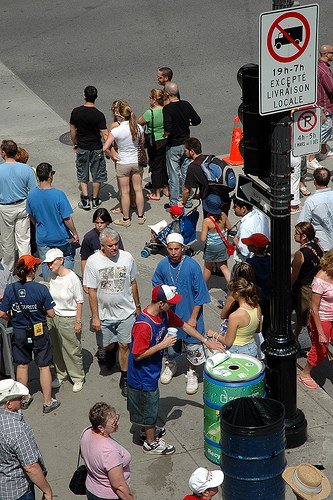 "If people are out walking to destinations, they run into each other," he says. "And then they talk, or interact, or share ideas."

He adds that city streets—with their shorter blocks, more direct routes, and greater number of intersections—can be more walkable than suburban ones. They also have greater population density, which increases the probability that people meet one another by chance.

Other research has focused on vehicle traffic in cities.

A recent study led by Yan Song of the University of North Carolina, Chapel Hill, compared traffic levels with residents physical and mental health in different neighborhoods of Los Angeles. They found that, after controlling for a variety of factors, people showed more symptoms of depression when they believed their neighborhoods were overrun with cars.

But Song and her co-authors emphasize that cities can take steps to address the mental health problems associated with traffic. In subsequent research, they've found preliminary evidence that green, open spaces, such as parks and other recreational areas, may offset some of the psychological effects of traffic. Other researchers have made similar findings.

For instance, a study published in the journal Environment and Behavior in 2001 by researchers at the University of Illinois, Urbana-Champaign, found that nature in a form as minimal as a few trees and some grass could reduce levels of aggression among urban public housing residents. 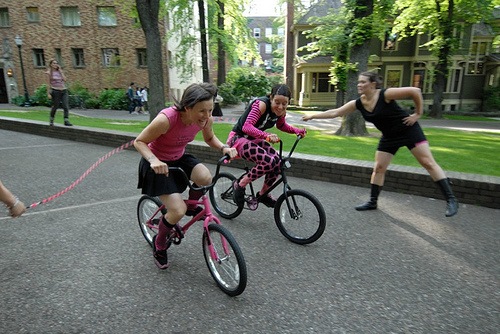 In their Los Angeles study, Song and her colleagues also suggest that cities can help alleviate traffic stress by promoting alternative modes of transportation, such as buses and bikes paths, and by keeping streets with heavy traffic away from largely residential areas. But recommendations like these can be hard to enact.

There are plans for better streets, recirculating traffic, and for charging a fee for driving during busy or congested periods in the downtown area of San Francisco, says Rhajiv Bhatia, the director of Occupational and Environmental Health in San Francisco's Department of Public Health. But the reality is that we have not done anything, really, to limit cars. Traffic is growing—everywhere.

Bhatia says that last year, San Francisco's planning department tried to discourage car ownership by reducing the number of parking spaces per new residential unit. Their efforts were strongly opposed by developers, who assumed they could not sell new housing units without parking spaces.

Still, several groups have made inroads toward promoting some of the urban reforms researchers suggest. In San Francisco, for example, the nonprofit Neighborhood Parks Council (NPC) has worked to revitalize neighborhoods by advocating for safe, accessible parks, mobilizing volunteers to help maintain parks, and supporting park groups, where people can meet by working on their local park together.

"We know the research suggests that if people are getting outside and having social contact, feeling safe, and are engaged in their neighborhoods, they're healthier and happier," says Meredith Thomas, NPC's stewardship program manager. 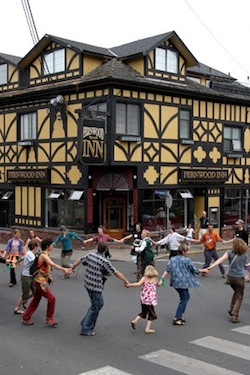 In Portland, researchers at Portland State University have teamed up with the nonprofit City Repair Project to address social and environmental problems in seven different neighborhoods. They work with residents to rebuild and decorate key public spaces and have been tracking the results.

A study by sociologist Timothy Haney, published in the September issue of Social Science Research, suggests how efforts like these are important for mental health. Haney found that when residents see their neighborhood filled with abandoned houses, vacant lots, and other signs of urban decay, they feel lower self-esteem.

So far, results from the Portland project suggest that it's possible to turn these feelings around.

In Portland's Sunnyside neighborhood, for example, the City Repair Project helped convert an intersection into a public square. There were a lot of drug problems in Sunnyside, says lead researcher Jan Semenza. There was a lot of crime, litter, and a dilapidated urban environment.

Two years later, researchers polled Sunnyside's residents and found they were almost twice as likely as people living in unimproved areas nearby to rate their neighborhood as an excellent place to live. They were also less likely to feel depressed and more likely to feel socially connected.

"People were more engaged in community life," says Semenza. "And life in general."

This piece was co-authored by Christi Chidester, a Greater Good magazine editorial assistant.