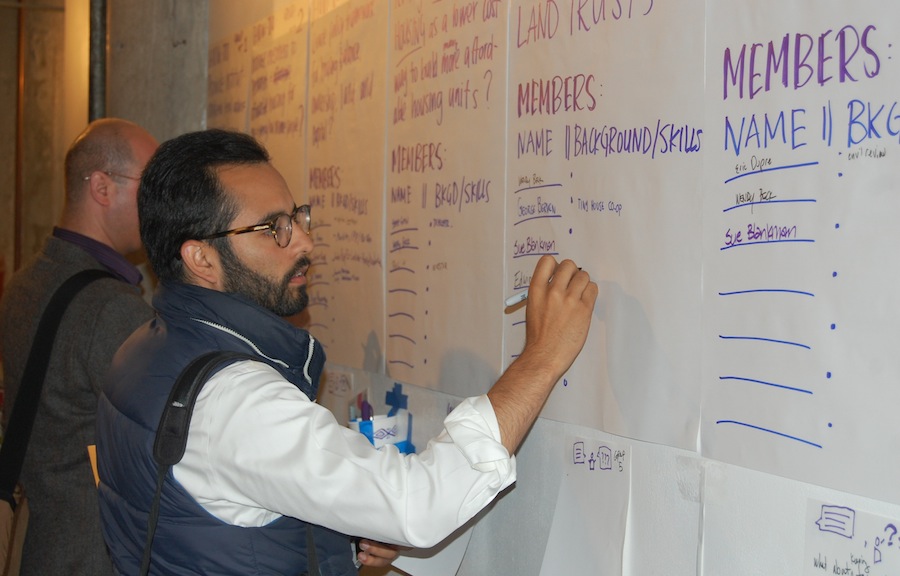 As both University of San Francisco professor Corey Cook, and Shareable co-founder Neal Gorenflo pointed out in their presentations, there is no market solution to the housing crisis in the long-term. The largely free market approach to housing in San Francisco and the rest of the US is the problem. Any long-term solution requires taking a significant amount of housing out of the speculative market and reducing wealth inequality, which requires big, complex policy change. Gorenflo cited Vienna, Austria as an example of a world-class city that has done this by creating high-quality, city-owned and cooperative housing for 60 percent of its citizens.

While the crisis requires a systemic fix, the San Franciscans need help right now, and that's where the hacking approach and market solutions can be valuable. San Francisco is the most expensive housing market in the U.S. and it has extreme income inequality that, as architect Mark Hogan reminded us, is closer to Rwanda than Europe. 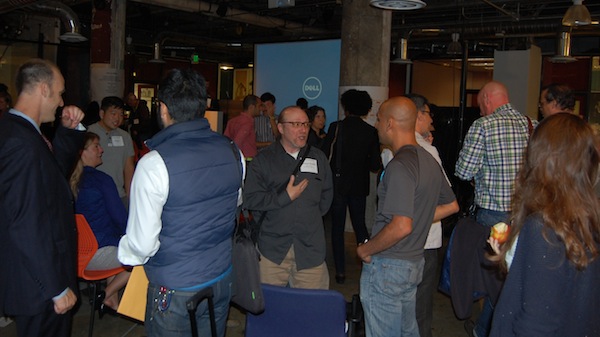 Hack the Housing Crisis grounded the issue in data. Here are some key points made in the first half of the day by government officials, architects, planners, entrepreneurs, builders, and NGO representatives which set the stage for problem solving. 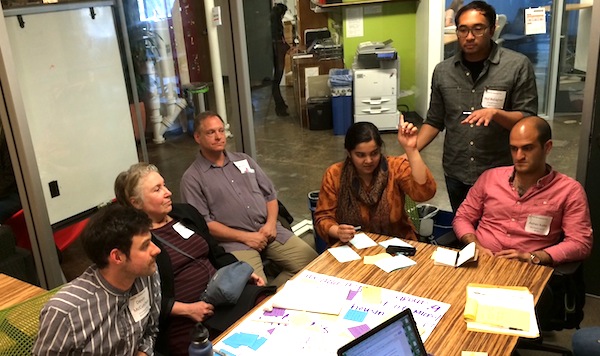 Solutions-thinking
After a morning of presentations exploring many dimensions of the problem, participants split off into breakout groups to hack solutions. By the end of the day, there were not only new ideas of what might be done, but prototypes of solutions. Among the solutions presented were:

Tenant Information Tactical Strike (TITS) and Benefits Rapid Assessment (BRA). These two services, a network and response team, would work hand-in-hand to educate tenants facing eviction about their rights and provide resources and information to those in need of immediate help.

Housing City. This proposed project helps seniors who can’t continue to maintain or afford their home to build secondary dwellings on their property. Much like solar companies who provide no-money-down solutions, Housing City would provide the design, legal know-how, building and financing. They would then take a portion of the rent. This not only creates more housing, but addresses the isolation that seniors face.

YIMBY. A response to the Not In My Backyard in San Francisco, Yes In My Backyard (YIMBY) is a proposed website and resource for people to find information about modular and micro housing. As accessory dwelling unit (ADU) zoning regulations vary throughout the city, it’s important to have a place where people can learn about what is legal in their neighborhood, see case studies of people successfully adding ADUs to their property, get the latest zoning information, and connect with others who are interested in modular and micro housing solutions to the crisis.

Reform BMR housing regulations. Through the creation of an organization that works with Below Market Rate (BMR) housing tenants, this type of affordable housing could be a stepping stone into long-term housing solutions rather than a stopgap that encourages people to stay below the poverty line. By providing three year BMR certification instead of one, detailing a pathway to ownership, providing support for the positive changes people have been able to make, and even creating a pay-it-forward loan fund, this project could incentivize people to move beyond the current trap wherein if your income slightly exceeds the qualifying rate, you lose your housing.

Drop It On Top. Build on top of the infrastructure we already have. Some areas already have zoning that is higher than what they’re using. We could put structures that have four or five apartments on top of existing buildings and still be legal. This plan is not to develop sky-high housing, but to develop a little bit and spread it out.

Higher density zoning. If zoning was changed, new, high-density housing structures could be built where there are currently single homes. In this proposed scenario, existing tenants could remain in the new building so they don’t get displaced.

Create a regional identity. One way to do this is to create a prize fund for regional change. Housing could be the theme of the first one. This will encourage all the Bay Area cities to collaborate on a regional level and incentivize changing local legislation that prevents innovative solutions for the housing crisis and more.

These proposed solutions create questions of funding, landlord and policymaker acceptance, community support, infrastructure limits and feasibility that need to be addressed. They are not the end-all to the crisis but they signal an emergence of ground-up, innovative thinking around the housing crisis and reflect solutions that take into consideration many of the factors that make this such a complex issue. 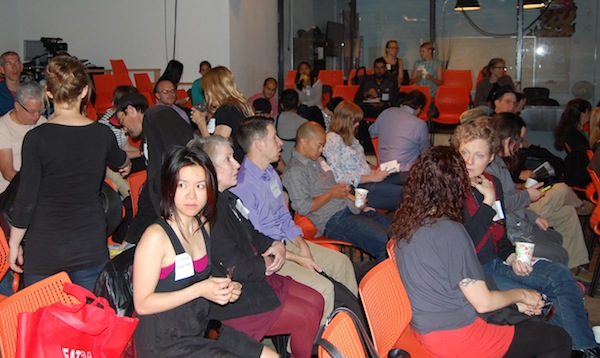 A sold-out crowd gathered at the Impact HUB to address housing challenges in the Bay Area.

MOVING FORWARD
So, the question remains, what now? The housing crisis will be the lead story for the summer issue of the San Francisco Public Press. The solutions presented will be brought to the attention of more housing activists, organizations and public officials. In addition, the organizations that address one aspect of the housing crisis now have a more holistic view of the problem and an expanded network to draw on to create solutions.

Perhaps most importantly, a tone of hope and solutions-thinking has been sparked. As Gorenflo said in his closing remarks, “It's important not to lose hope. We can solve it. We are the answer—not tech, not the government, not the market.”

This post is part of Shareable's and San Francisco Public Press' exploration of affordable housing solutions during June and July 2014. Check out the rest of the series here.