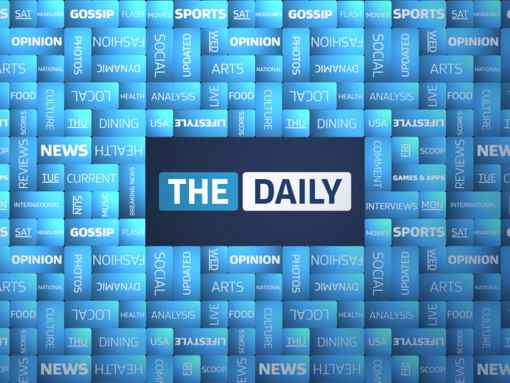 Rupert Murdoch’s iPad newspaper The Daily finally hit the App Store on Wednesday, after months of debate among media insiders whether its iPad-exclusive delivery and subscription model is bold or quixotic. The content is serviceable–as The Awl put it, the tone resembles a highbrow New York Post, a mixture of news reporting, celebrity gossip and bad puns–but the paper’s design and execution are mystifying, resulting in something that instantly seems like an anachronistic high-tech relic. There is no front-facing home page for The Daily on the web, part of a curious approach to limit how the paper’s content is viewed on anything that isn’t an iPad (of course, within minutes of release people started trawling The Daily’s content through Google and creating alternative indexes.) But most frustrating is the paper’s fundamental misunderstanding of how people want and expect to share content across social media.

It’s a popular refrain that the iPad is designed in opposition to the open web, or is inherently anti-social, but that rap is only accurate when applied to the barely-functional apps old media companies are shoveling onto the device. Conde Nast’s Wired and Vanity Fair apps are perfect examples, glorified PDF’s loaded with little more functionality than you can get from the print editions, and far less than the web versions. The Daily, while slightly more interactive than those, is equally limited, despite its flashy iPad-specific design flourishes.

In comparison, the most successful reading apps on the device have embraced social sharing and content curation, from Google Reader client Reeder, which offers a plethora of social sharing options, to Flipboard, which creates a social magazine from content shared by your Twitter and Facebook contacts. In doing so, they offer a glimpse of the device’s considerable potential. 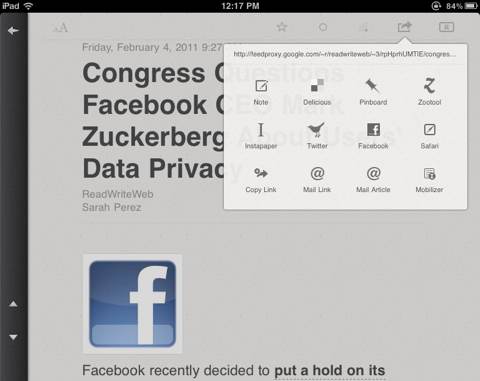 Read a provocative passage in an article? If you’re using Reeder, just copy the text and paste it into into the Facebook sharing dialog to debate with your friends over there, or tweet it out with a couple quick swipes. Want to do the same with The Daily? Tough–you can’t copy any of The Daily’s body text, allowing you to only limply share an article’s title across social media. That is, if it happens to be one of the limited number of articles readers are allowed to share.

Erik Schonfeld at Techcrunch envisions the sort of iPad news app he’d like to see, one that takes cues from Flipboard’s social curation and intuitively brings the hottest topics of the moment up to the surface. He writes:

If I were creating an iPad mag it wouldn’t look like a magazine at all. It would look more like a media app, and there wouldn’t be any subscription or even distinct issues. New content would appear every time you opened it up, just like when you visit TechCrunch or launch Flipboard or the Pulse News Reader. In order to make it addictive, it would have to be realtime. But it would also be more selective than simply reading everything that anyone links to in your Twitter or Facebook streams. Instead, it would present readers with a continuum from original articles and videos to curated streams by topic. The curated streams would combine Tweets from the staff writers and editors with those of other journalists, entrepreneurs, and experts for any given topic or section. These streams would be unpacked Flipboard-style into a magazine-like layout, but with more filters to show trending stories and highlight the ones which are getting the most buzz.

What Schonfeld envisions seems like a truly new reading experience, and tablets like the iPad are the ideal platform to realize it. They bring the tactile satisfaction of a print-like interface to web content, and boast the ability to easily share and discuss what you’re reading. When publishers and designers integrate both a satisfying reading experience and robust social media functionality in their apps, the elements work in concert beautifully. When they disregard one or the other, what results is a restrictive experience that squanders the potential of the iPad and misses what the web does best.