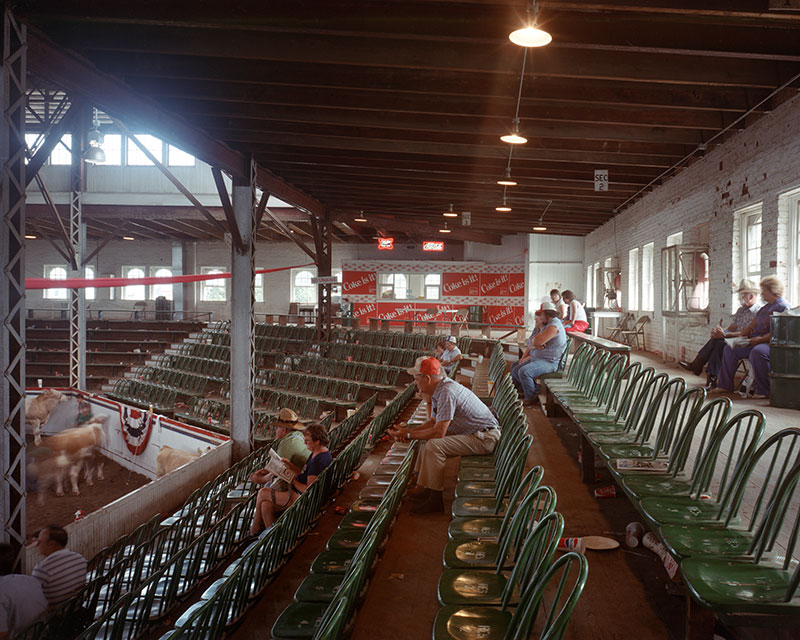 Shareable.net invited Kansas City photographer Mike Sinclair to meditate on the public spaces he has documented over the course of two decades.  This is part two; in part one, Sinclair took us to a wedding in Kansas, a memorial day celebration in Missouri, movie night in Manhattan, and elsewhere. 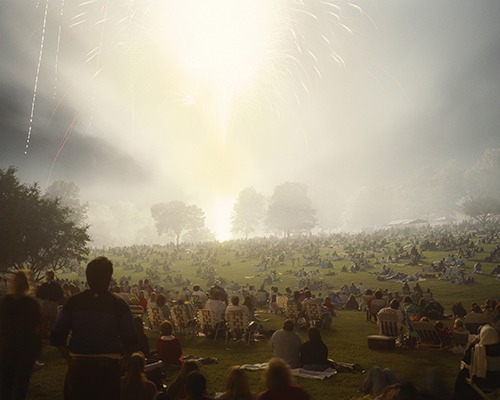 This Fourth of July celebration took place on the lawn of the Truman Presidential Library in Independence, Missouri. July nights are slow to get dark enough to set off fireworks and I remember this evening included some speeches, introductions of prominent citizens and a band concert that included a few numbers with a children's choir. I think the Declaration of Independence was read aloud. The lawn was full of people—some picnicking, some just there for the fireworks. A group of Civil War enactors had set up camp at the far edge of the lawn.Towards dusk, a few vendors started moving through the crowd selling multi-colored plastic circles, like mini hula-hoops, that when activated, glowed in the dark. They were irresistible to kids bored with waiting so long for the main event and each vendor had a trail of children following him. Soon the lawn was spotted with the glowing necklaces. At dark, the fireworks began. The haze in the picture is a combination of Missouri’s humid summer weather, fireworks, and smoke from Civil War-era cannons fired while Tchaikovsky’s 1812 Overture played. 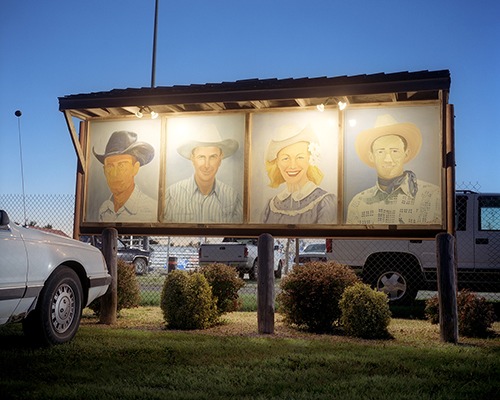 These portraits show the Roberts family—the father, E.C., and three of his five children: Gerald, Margie and Ken. All three children were world champion rodeo riders. The display is located just outside the rodeo grounds in Strong City, Kansas, where E.C. started his first rodeo in 1937. There's been a rodeo in Strong City ever since. Held in early June, when the bluestem grass on this part of the prairie is its greenest, the rodeo is Chase County's biggest event of the year. People come from as far as Abilene and Wichita. On Saturday morning a parade starts at Cottonwood Falls, the county seat, and travels one mile north on Highway 57 to Strong City, ending at the rodeo grounds. After the rodeo, there's a dance at Ken Roberts' old place east of town. Wooden tables and folding chairs brought up from the church circle the outdoor concrete dance floor. Beer and barbecue is for sale. The year I was there, proceeds went to re-roof the town's collapsing opera house. The dance lasts well past midnight. One couple told me that after the dance they always drive the thirty miles home on back roads with their headlights off, guided only by moonlight. 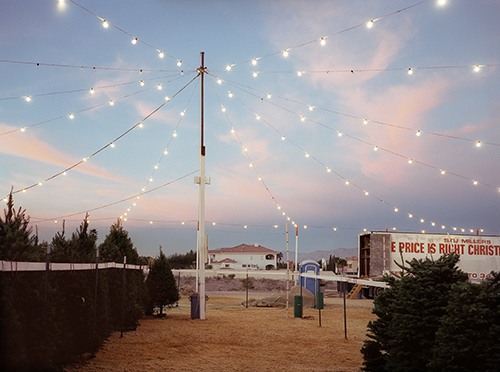 When I took this picture my sister was living in Las Vegas and I was going out pretty regularly to visit her. I had a routine of photographing in the late afternoons and often she’d come along. We liked discovering her new town together. Usually, we’d start at Las Vegas Boulevard and slowly drive out to one of the edges of the city. The town was growing like crazy—its population almost doubled between 1990 and 2000. It was changing so fast I feared much of what we saw would be gone by my next visit. Not only were the old casinos being replaced with new ones but on the perimeter of town new subdivisions were starting to replace the small ranches, trailer homes and Christmas tree lots. 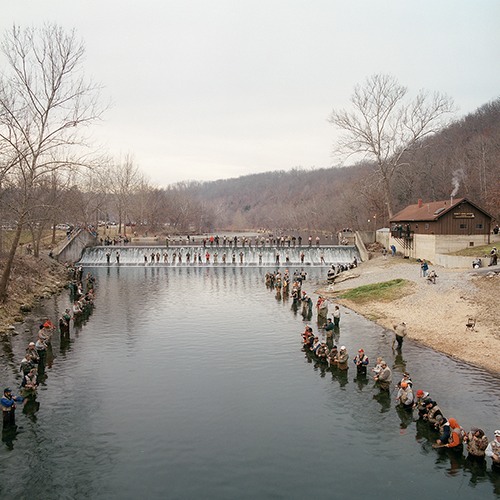 For years I'd heard about the crowds that attended opening day of trout season at Bennett Spring State Park in the Missouri Ozarks. Before dawn thousands of fishermen line the narrow stream ready to make their first cast when the siren blows at 7 a.m. This event always seemed crazy to me, the opposite of what trout fishing was about—a peaceful, solitary experience. But talking to some of the fishermen that day I realized it was not as much about fishing as about tradition. Almost everyone had a story of how their father had brought them or their family here and hadn't missed an opening day in 10 years. This was a celebration like baseball's opening day, where all the other people only made it better.

Mike Sinclair is an architectural and fine art photographer living in Kansas City, Missouri. His photographs are frequently published in the architectural press and elsewhere, including The New York Times,

Mike Sinclair is an architectural and fine art photographer living in Kansas City, Missouri. His photographs are frequently published in the architectural press and elsewhere, including The New York Times, Metropolis, Architectural Record, and Interior Design. His work is in several public and private collections, including The Museum of Fine Arts, Houston, The Kemper Museum of Contemporary Art, Kansas City and the Nelson-Atkins Museum of Art, also in Kansas City. Limited editions of some of the photographs from this series are available at www.20x200.com