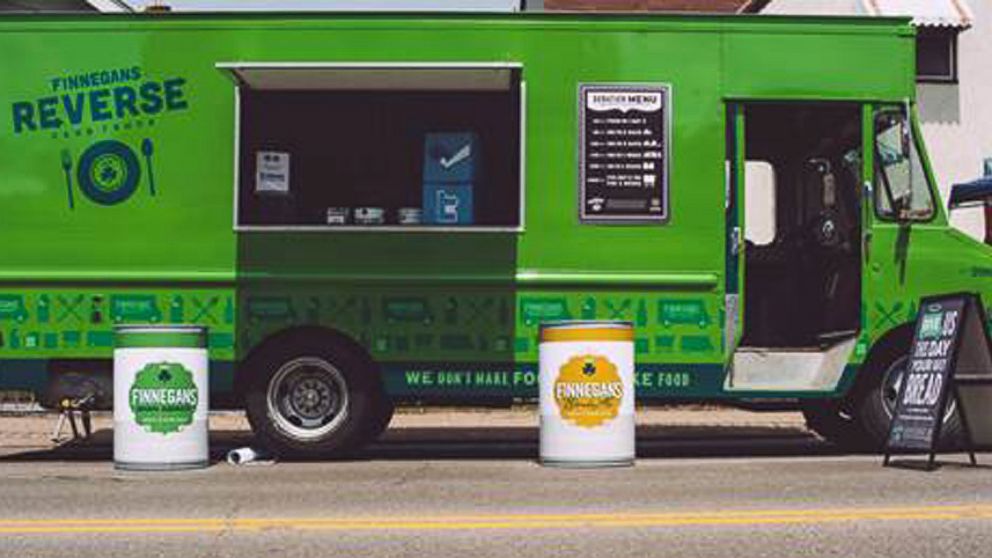 When an idea's time has come, everything seems to fall into place. Such is the case with Finnegans Reverse Food Truck (RFT). Last December, Finnegans (a brewery, more below) founder Jacquie Berglund was in a meeting with her pro bono advertising team at Martin Williams when they pitched the idea of a Reverse Food Truck that would collect food rather than dispense it. Berglund thought it was the most brilliant idea she'd ever heard and, by the end of the day, she had sourced a truck because, after all, the time had come for this idea. The serendipity continued and, back in March, the RFT made its debut.

Berglund's goal is to collect $50,000 in non-perishable food by November to feed the hungry in Finnegans' home territory of Minnesota. Folks can also donate money, which the team will use to purchase local food as part of the cache.

And what is Finnegans? It's brewery in Minneapolis, Minnesota with a mission to turn beer into food. They do so by funneling profits from the sales of their blonde ale and Irish amber beers into their community fund, which works to alleviate hunger in local communities. And it looks like they do that with notable efficiency — 100 percent of profits go toward feeding the hungry. So, if you're ever in Minnesota, North Dakota, South Dakota, or Wisconsin, give to the Reverse Food Truck or enjoy a pint of Finnegans and know that you're helping feed the hungy.