Reflections from SXSW: Austin as a Case Study for the Future of Ride-Hailing Platforms - Shareable
Skip to content 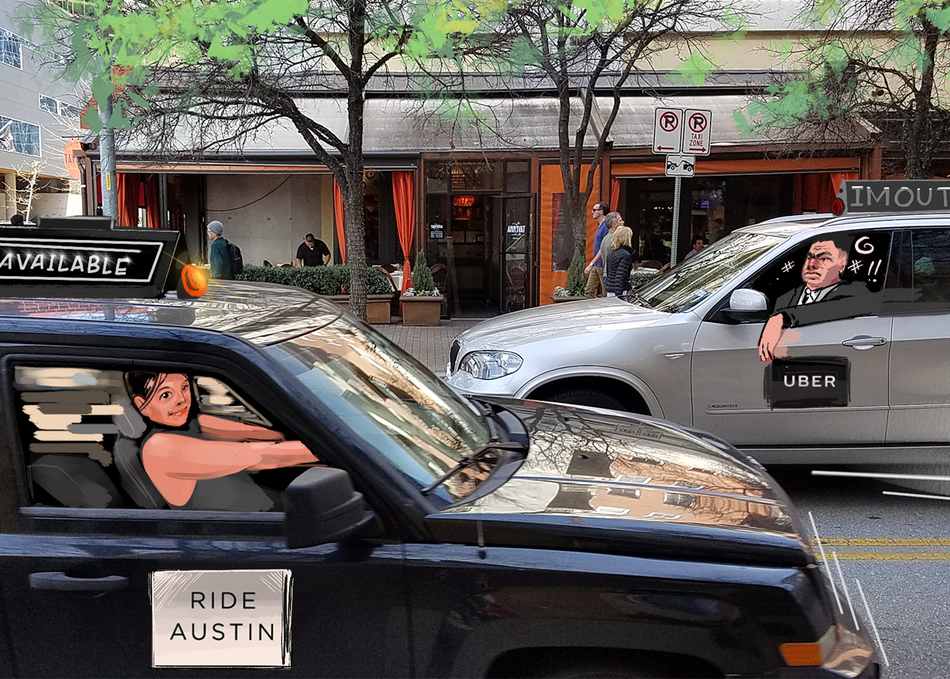 As I stepped out of the Austin–Bergstrom International Airport last week, I felt the rush of anticipation as I was in the city to attend the much-hyped SXSW conference for the first time. I was invited to speak on a panel at SXSW Interactive about the "sharing economy," and how Austin was on the front lines of a heated debate about this concept.

Admittedly part of my anticipation stemmed from the fact that I'd finally be able to check out some of the alternative ride-hailing services in the city, after Uber and Lyft left the city in protest over regulations last year. There are a few choices to pick from — I decided to check out RideAustin, a new transportation network company (TNC) that emerged immediately after Uber and Lyft suspended their services in the city. What sets RideAustin apart from similar services is that it is a nonprofit. That means it's not beholden to shareholders, and it seeks to provide affordable rides to people and treat its workers well.

When I finally got my ride, I told the driver that I was there to participate in a panel about the sharing economy and that I was curious to learn about how RideAustin's model was working out in the city. How did the politics of ride-hailing play out in Austin? Are these other apps that filled the void after Uber and Lyft's departure really helping create a better and more ethical ecosystem?

To my total surprise, my driver told me she was entirely sympathetic to Uber and Lyft and that she hated the city's regulations. She disparaged the city council members who led the charge for regulating TNCs. As a driver, she felt that the fingerprint background checks that were imposed on the TNCs were burdensome and meaningless and wished that Uber and Lyft would come back to her city.

It was a shock to hear this coming from my first RideAustin driver. But as I spoke to seven more drivers of the nonprofit service over the course of the next few days, it turned out that her view was in the minority. Besides one other driver who was unhappy with the organization, the six others I spoke to were enthusiastic supporters of the service. Three of them said that they only drove for RideAustin and not other services because of the group's dedication to supporting the local community.

These drivers' mixed impressions of Uber, Lyft, and RideAustin, were indicative of how polarizing the ride-hailing regulatory showdown has been in Austin. It was also a fitting background for my SXSW Interactive panel discussion on how sharing economy services work in the interests of the local community where they operate rather than against them. Since Austin has been at the center of the debate on how cities regulate such services, it was the perfect opportunity to examine the nitty-gritty details of what happened in the city and what lessons it offers for other cities seeking ethical ride-hailing options.

SXSW Discussion: 'When the Sharing Economy is Taken Away' 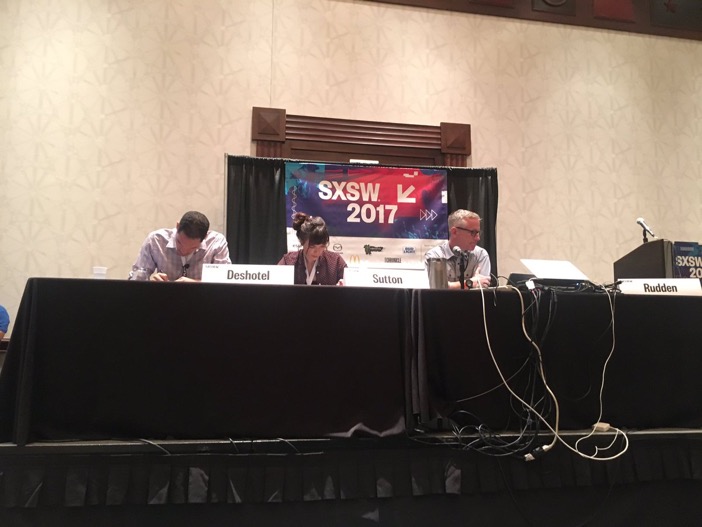 Rudden largely moderated the discussion, and he set the stage by defining the sharing economy this way: "The sharing economy includes any services that enable individuals or organizations to lend out, either for an exchange of value or not, idle resources, skills, or labor." He pointed out that such services have largely been enabled by recent advancements in mobile technologies.

The major theme of the conversation was about the innovative potential of sharing economy services, and how they are enabled or restricted by government regulations. By their very nature, these services rely on a community of providers to share their goods, skills, or other idle resources (in the case of ride-hailing services, that would be the owners and drivers of the cars). Due to this arrangement, I said that it was important for these platforms to not only manage trust between the providers and users of their services through peer reviews and star-ratings, but to also instill trust and confidence about their platforms among all their users. The only way they can do so is by respecting their interests and the communities in which they operate. How these platforms interact with cities, especially in the face of regulations, is a reflection of this relationship.

Uber and Lyft's multi-million dollar campaign to defeat Austin's fingerprint background check rules for their drivers failed to win the sympathy of the public. Up for a popular vote by the residents of Austin, the companies altogether spent $10 million dollars to depict the rules as overly restrictive and backward.

City council members I interviewed said that leading up to the vote, residents of Austin were barraged with ads and mailings to support the proposition to overturn the fingerprint background checks. Uber even created a special option for its users named KITCHEN, after city council member Anne Kitchen who was against overturning the safety rules. The KITCHEN option allowed users to order a horse and buggy instead of a car, as a way of depicting the council member as someone who was against technology and innovation.

In the end, 56 percent of voters decided to reject the proposition and keep the rules in place. Uber and Lyft left the city in protest, as they had threatened to do so all along.

But as I reported last year, new ride-hailing services went to fill the space. Companies that operate in other cities, Fare and Fasten, both set up shop in the area. What was remarkable was that a local option emerged — one that, from the onset was created as a nonprofit with a mission to serve community's transportation needs.

In the discussion, I pointed to the emergence of these alternatives and explained that there was a widespread fallacy about the dynamics between regulation and innovation — that more regulation leads to less entrepreneurial flexibility and therefore, less innovation. This case however, was one example of many that demonstrated that this was simply not true. Particularly in the sphere of the sharing economy, where community members share their goods or services, regulation can go a long way to protect the health, safety, and overall interests of all those involved on the platform. The regulations may or may not be reflective of community needs (depending on whether the political process itself is corrupted), but enterprises can choose to adapt and be flexible enough to abide by them. If sharing economy services are interested in continuing to serve their customers, the best and possibly only way for them to do so, is to consider the public's needs as much as they concern themselves with making a profit.

How Should Sharing Economy Services Operate?

Regulations are never perfect. There are always special interests on all sides of rulemaking that seek to maximize personal benefits, often times at the direct or indirect costs of others. It could be that the traditional taxi companies had significant sway to push forward the fingerprint background check rules onto the TNCs. There's even an argument to be made that fingerprint background checks aren't even the best way to screen the safety of drivers.

But what does it take to ensure that companies are operating safely and ethically? And what can cities do to ensure that there's a thriving marketplace for people to have choices? If there's a powerful monopoly (or duopoly in this case) choking off all competition, cities should be able to make sure new entrants are able to enter into their market. Within the sharing economy, people must have choices to be able to decide how and on what terms they are able to share things with each other.

Communities need to be able to make strong, evidence-based policy that maximizes the public good. Cities should be able to work with sharing economy companies to make policies that work for everyone, instead of having to be in a position where they are strong-armed into accepting whatever these private interests demand of them. This is especially true of transportation, which is so critical to a thriving, dynamic city.

It was great having a number of ride-hailing options to choose from in Austin. My personal experience of RideAustin was that it worked just as well as any other ride-hailing service, and I was encouraged by the fact that what I was paying for the ride would go towards fulfilling the organization's public-driven mission. And yet, I still have no way of knowing whether the particular rules that led to Uber and Lyft's exodus were the best policy choice. Austin became a fascinating case study in how regulations could in fact lead to new innovative services. In terms of whether we've learned any big lessons about what rules are best to protect people's safety and create fertile ground for consumer choice — well, we might need a few more cities willing to stand up to Uber to get a clearer answer on that.

Header graphic of Uber and RideAustin courtesy of Spredfast.