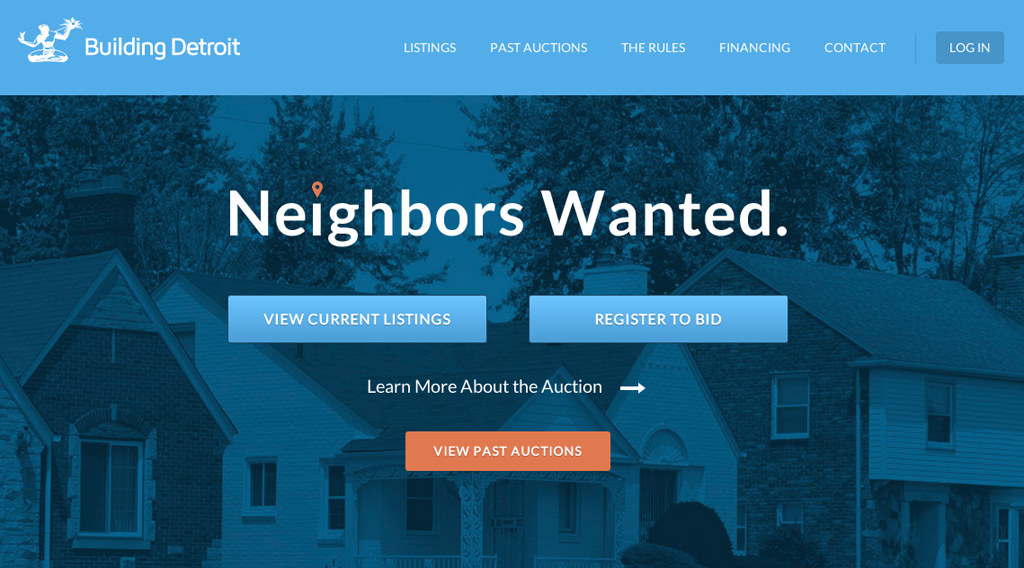 By now, everyone knows the plight of blight that Detroit, Michigan has faced over the last decades. With sky-high unemployment rates and a dwindling population, one of the Motor City's most visible under-utilized assets are the vacant houses and lots that litter once-vibrant neighborhoods. The Detroit Land Bank, through its Building Detroit program, is trying to turn that around by auctioning off homes across the city — two per day, every day of the week.

With a slogan of "Neighbors Wanted" and prices starting at $1,000, the Building Detroit initiative already shows signs of success. Past auctions ended with buyers paying anywhere from the $1,000 minimum up to the, so far, $97,900 maximum, with most houses selling in the range of $15,000 to $40,000 — still a bargain for a home in a major American city. 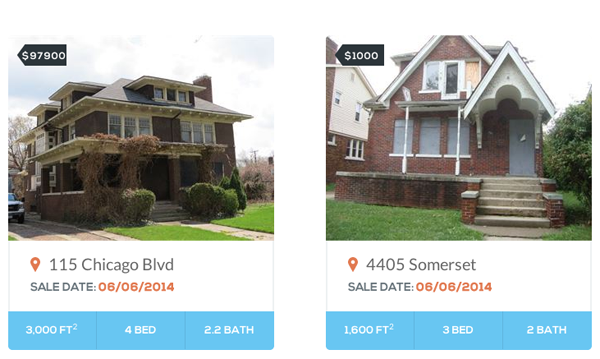 The Building Detroit auctions do come with rules, though. Bidders must be Michigan residents, companies authorized to do business in the state, or homeowners planning to move into the house they purchase within six months of closing — the time alloted for the houses to be brought up to code, as well.

There are a few other points in the fine print, but, otherwise, the process is fairly straightforward. Potential buyers register and browse listings online, then can attend scheduled open houses prior to bidding. Two homes are on the block each day and auctions only last from 9 a.m. to 5 p.m. on the scheduled day. Much like eBay, though, you can set your maximum bid and the system will do the work for you in increments of $100.

As Building Detroit auctions its way across Motown, residents and city leaders alike hope to see their neighborhoods come back to life. And, if they do, Detroit will rise up as a shining example of what a resilient community can (re)build if it works together.