Rating Everything: Revolutionary or Ridiculous? (VIDEO) - Shareable
Skip to content 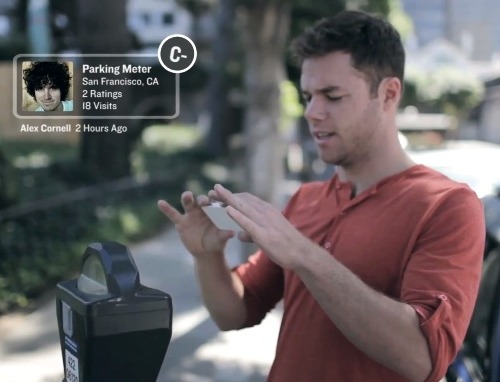 Digg Founder Kevin Rose launched a new startup that's been drawing plenty of attention this week: OINK, a mobile application that takes social recommendation services to a new level. Unlike location-reviewing services like Yelp, OINK encourages users to "rate the things inside." Since the service is being marketed primarily as being food and drink-centric, most of the popular reviews follow suit. But some users are already taking the broad tagline to heart, and getting creative with their ratings. If you've ever wondered what your neighbors think about a 20-year-old Super Nintendo game, OINK may be the social network for you.

Shareable publisher Neal Gorenflo remarked to me that OINK reminds him of spimes. Spime is a term coined by author and futurist Bruce Sterling to refer to real-world objects that can be cataloged and tracked using location-aware technologies. (See video of Sterling speaking about "the state of the spime" here.) The items OINK encourages users to review don't quite fit the definition of a spime — a plate of pad thai isn't a "location-aware, environment-aware, self-logging, self-documenting, uniquely identified object that flings off data about itself and its environment in great quantities," to use Cory Doctorow's definition. Still, OINK suggests ways we could continue to integrate the physical and online worlds. It has some parallels to Itizen, a service that adheres closer to the notion of the spime by allowing users to affix QR codes to objects in order to track their movement and lifecycles.

These are heady notions, the kinds of ideas that excite futurists and entrepreneurs alike, but are they a bit excessive? OINK brings to mind a clever video that was making the rounds a few weeks ago. The video parodies our impulse to affix a GPS-tracked location and empirical score to every tangible object we encounter. Users of fake social media service Jotly review mundane and prosaic items, such as ice cubes and parking meters:

(It's worth noting that the creators of the video, Firestarter Labs, have developed a food-rating app named Nosh that could be considered a competitor to OINK.)

Potential conflicts of interest aside, the video makes a salient point, perhaps better than Firestarter Labs may realize. On one hand, the appeal of using a service like OINK is clear, particularly when applied to food and drink. We love to recommend favorite plates and unique cocktails during social occassions; why shouldn't this impulse be extended online? Still, the notion of rating and tracking every item in the physical world makes me uncomfortable, and not only because it appeals a bit too much to my obsessive-compulsive tendencies. In an editorial earlier this year in Wired, Chris Colin warns against the "Yelpification of the universe", quoting technology critic Erik Davis:

Our culture is afflicted with knowingness. We exalt in being able to know as much as possible. And that’s great on many levels. But we’re forgetting the pleasures of not knowing. I’m no Luddite, but we’ve started replacing actual experience with someone else’s already digested knowledge.

Are we heading toward a dystopian future in which we're not able to enjoy anything without the mediation of our social graphs? Will we be unable to enjoy a Pimm's Cup without feeling some gastronomical equivalent of the anxiety of influence? That may be a reach. Still, do we really need to slavishly catalog, rate and track every plate of food or household item we encounter?

If you love recommending food and drinks and even experiences to friends, OINK could serve a legitimate purpose. Same for folks who are often at a loss when trying new restaurants or bars. But if we get to a point where we're rating parking meters, it may be time to take a breath, put down the smartphone, and step away for a while.