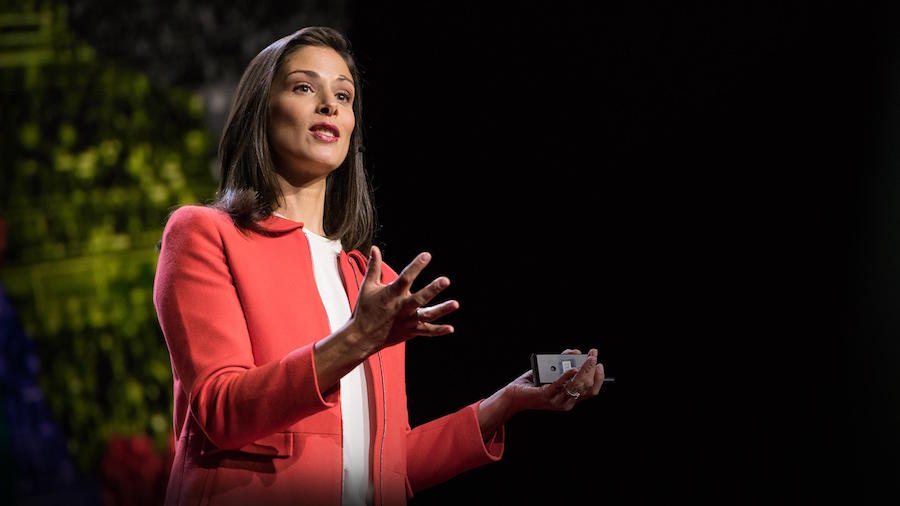 Trust between people is a fundamental aspect of healthy society. But as Rachel Botsman, sharing economy thought-leader and author of What’s Mine is Yours, points out in a TED talk recorded in June, a profound shift in how we trust is occurring. As Botsman puts it:

“Technology is creating new mechanisms that are enabling us to trust unknown people, companies and ideas. At the same time, trust in institutions, banks, governments and even churches is collapsing.”

Botsman, who researches how technology transforms trust between people, defines trust as a “confident relationship to the unknown.” What that means in a digital landscape is that platforms, including Airbnb and ridesharing services are able to help people bridge the “trust gap” by offering social profiles and reviews to increase confidence in the idea, the platform and other people. 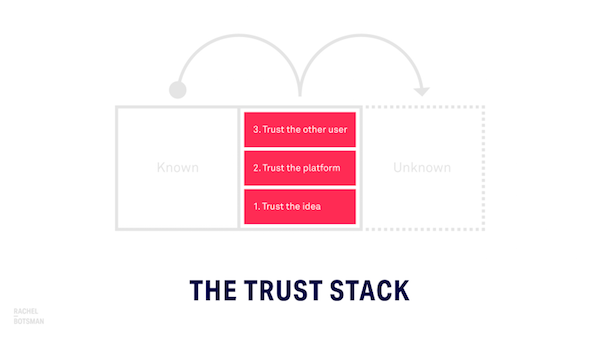 Botsman describes this as the Trust Stack and stresses that, as we move up the Trust Stack, we move from feeling that new platforms are risky to a place where these ideas seem normal and our behaviors transform relatively quickly. “In other words,” she says, “trust enables innovation.”

Bostman uses BlaBlaCar, a platform that matches drivers and passengers for long rides, as an example of the power of social profiles. Users of BlaBlaCar can choose a ride companion based on whether they smoke, what music they like, whether they have a dog, and, perhaps most importantly, how much they’d like to talk on the ride.

BlaBlaCar is just one illustration, she says, of “how tech is enabling millions of people around the world to take a trust leap.”

While Botsman offers a useful story, she also offers a limited understanding of trust and the role of technology in influencing it. Trust is isolated from other important social factors such as reciprocity and connectedness, which are key, along with trust, to building social capital, a more powerful enabler of collective action than just trust.

Not to mention that a social tech titan — Facebook — has been implicated in sowing division rather than fostering trust among its users by allowing the circulation of fake political news during the US presidential election. And Airbnb's trust system hasn't prevented racism, one of the most potent vehicles for distrust.

What do you think? Please share your thoughts in comments.