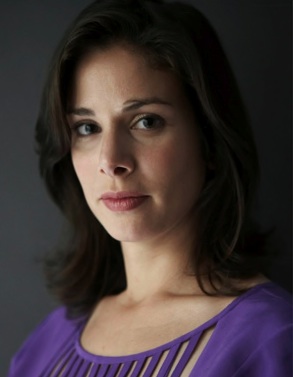 In response to Neal Gorenflo's Shareable essay on green consumption, OZOlab head of strategy Rachel Botsman made a series of terrific points that I'd like to highlight:

This was colorfully illustrated with ZipCar's Low Car Diet when 300 participants (many avid car users) committed to living for one month without the use of a vehicle. Instead, they were encouraged to utilize public transportation, increase walking and biking, and they were given a Zipcar membership. Participants increased their miles walked by 85 percent and miles biked by more than 100 percent and all the extra exercise resulted in weight loss for 40 percent of participants.

But the most relevant result of the experiment is that 58 percent indicated that they planned to continue to live without an exclusively owned car, and another 31 percent were considering that same commitment. In just one month, alternative travel became a habit–174 people out of the 300 did not want their keys back. (Admittedly, this was a Zipcar marketing scheme but its a good indication of what happens when a car is not outside your door.) This does not happen when you buy a Prius.

Another great example is around food. When people belong to a CSA or an allotment, go to a farmer's market or even 'landshare' they get better food for a lower price but they also become part of a community. This does not happen when you buy organic products from say, Wholefoods. In other words, the behavioral experiences around collaborative systems vs. green goods are wider and deeper.

And I do actually believe even if some people first sign-up to Zipcar for 'identity' reasons the above benefits are still likely to happen. I call these consequences 'unintended' in that they are not necessarily the consumers primary motivation for using them in the first place. The consumers drivers maybe just cost or convenience (or belonging to something) and have nothing do with 'going green'. But it is when people experience these consequences they realize what they have been missing and start to discover a new identity not based on shopping, brands or stuff.

When we talk about collaborative systems, I think we are sometimes in danger of focusing too much on the collective or cumulative benefits related to the environment or society. As we try to make these systems more mainstream, I believe its critical to remember that we are sadly in a hyper-individualistic age and many people still want to know "what's in for me" before "what's in for us." And to help people understand the 'us' benefits (such as less traffic, less pollution) before the 'I' benefits (cheaper, more convenient, better for you) is not necessarily the best way to initially get mainstream consumers into systems of shared-use.

Great thoughts; thank you, Rachel. I'll be exploring these issues with Zipcar founder Robin Chase in a Q&A that we'll be publishing here on Shareable sometime in early December.