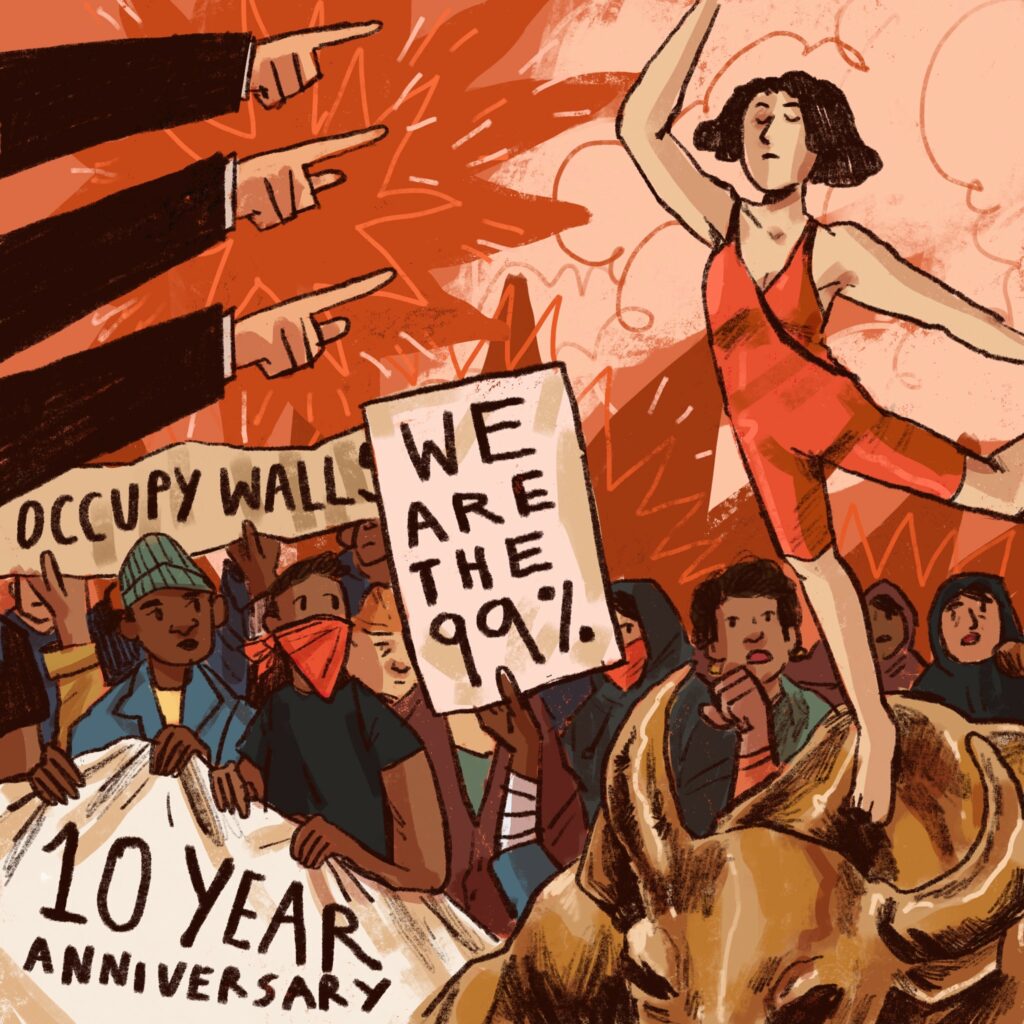 It’s pretty crazy to think that it’s already been a decade since Occupy Wall Street, but, at the same time, it also feels like forever ago. So much has changed since the encampment in Zuccotti Park, and subsequently, the thousands of encampments that popped up all over the world. But, sadly, a lot remains the same. And actually, if you’re looking at wealth inequality and the power of the financial sector — things might even be worse.

But no matter what your thoughts are on the Occupy movement, it’s impossible to deny its sweeping impact, not just on the left, but much more broadly as well. You may have heard folks say that Occupy Wall Street was a failure — and if you’re talking about how the movement failed to, say, overthrow capitalism and usher in a new era of eco-socialism devoid of subprime loans and hedge fund managers, then yes, sure, Occupy definitely didn’t accomplish that. But to say the movement was a failure is to overlook so, so much.

And that’s what the latest episode of Upstream explores: the things that Occupy gave us. The networks that were built, the ideas that were shaped around democracy — not just the electoral form of democracy that’s confined to the ballot box, but real, direct democracy — the space that was created to exercise the muscles of solidarity and cooperativism, mutual aid and political organizing, as well as the shifts in public discourse…in this hour, Upstream looks at how the chaotic, fervent explosion that was Occupy Wall Street manifested from the moments after the encampments were cleared to today — ten years later.

Chris Hedges – Journalist and author of many books, including Wages of Rebellion: The Moral Imperative of Revolt, and most recently, America: The Farewell Tour

Nathan Schneider – Professor of media studies at the University of Colorado, Boulder, and author of Everything for Everyone: The Radical Tradition that Is Shaping the Next Economy

Tamara Shapiro – NYC activist and facilitator, a co-founder of Movement Netlab, and currently the Program Director at the NYC Network of Worker Cooperatives

Cover art is by Bethan Mure

This episode of Upstream was produced as part of a collective of podcasts brought together to explore the legacy of Occupy Wall Street, in light of the 10 year anniversary. Through this project, you can also hear analysis on the impact of Occupy from shows like The Dig, Economic Update, and Belabored — all podcasts that we would highly recommend checking out. The producing partners for this project are the Rosa Luxemburg Foundation’s New York office and The New School’s Milano program. You can learn more and listen to some of the other episodes by visiting RosaLux.NYC/Occupy