Podcast: What Exactly is the Sharing Economy? - Shareable
Skip to content 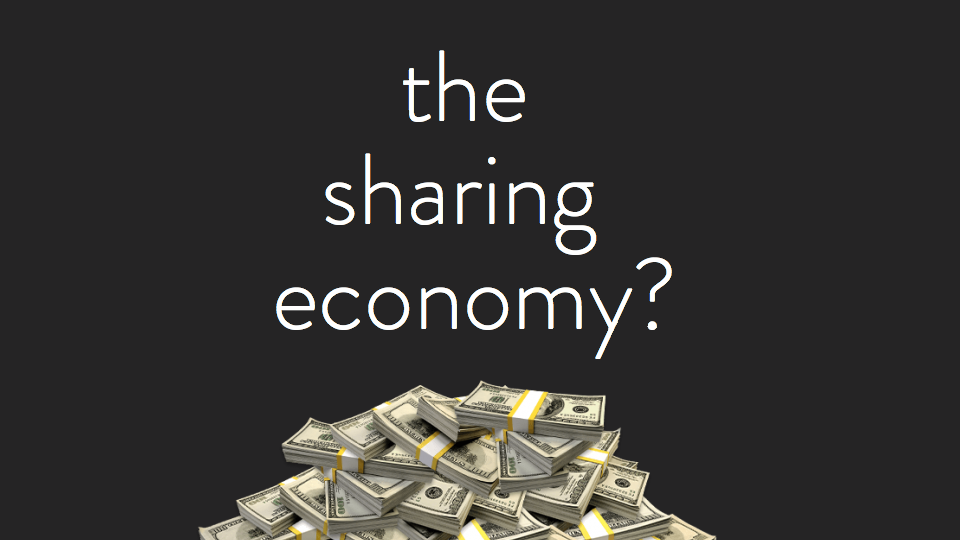 The concept of sharing isn't too complicated — we all more or less learned what it meant when we were still crawling around in sandboxes. But in this episode of Upstream, we discover that sharing can mean different things to different people. To some, platform applications such as Uber and Taskrabbit are part of what has come to be known as the Sharing Economy. To others, these apps fall under a different title: precarious labor. Or the gig-economy. Or Microwork.

In this piercing podcast, Upstream explores the many tensions within the Sharing Economy and examines how companies like Uber, Lyft, Airbnb, and Taskrabbit have redefined the nature of work and entirely shifted the economic landscape of major cities like San Francisco. Through heartfelt converations with those working within the Sharing Economy, as well as with those who research it professionally, get ready to dive deep into the darker corners of these giant companies as Upstream investigates how this phenomenon arose and what implications are in store.

With music by Robert Raymond and Molly Murphy, and theme by Lanters.

Listen to the full, hour-long episode of "The Sharing Economy" here.