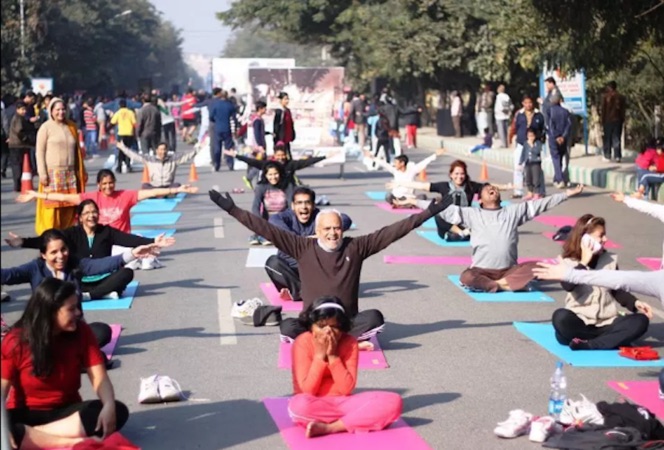 Placemaking is an approach to improving public space by inspiring and empowering people to collectively reimagine and reinvent the spaces around them as community resources and gathering places.

Project for Public Spaces (PPS) champions a Lighter, Quicker, Cheaper approach to placemaking that empowers individuals and communities to action by demonstrating that placemaking can be as simple as putting a few chairs out on a sidewalk, or activating a space with live music or performance.

To showcase what can be done with limited resources, PPS rounded up some of the most inspiring and creative lighter, quicker, cheaper placemaking projects around the world. Here are 10 of our favorites. 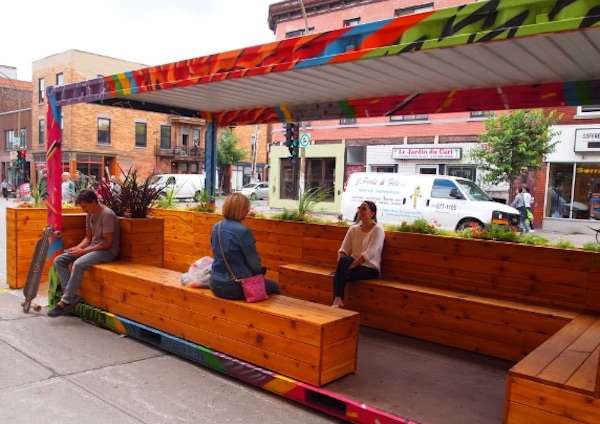 In one Montreal neighborhood, shipping containers have been converted into wonderful curbside parklets called Placottoir, which means “a place to chat.” A partnership between the borough government, neighboring establishments and artists who paint the containers, the project is a low-cost way to create social spaces, add art to the neighborhood, and, as PPS puts it, to “represent a political will to prioritize public space over private cars.” 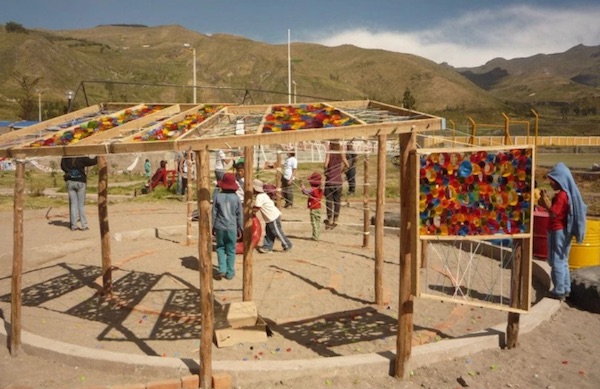 Wawa Puklay is a DIY playground in the Colca Valley of Peru that demonstrates that successful playgrounds don’t require expensive playground equipment. In 2013, this playground, which is built using repurposed materials found in and around the region, was designed and built by architecture students and the local community. Playground features include tall poles with bells for children to climb up and jump between, thatched slides, timber ladders and numerous gardens. 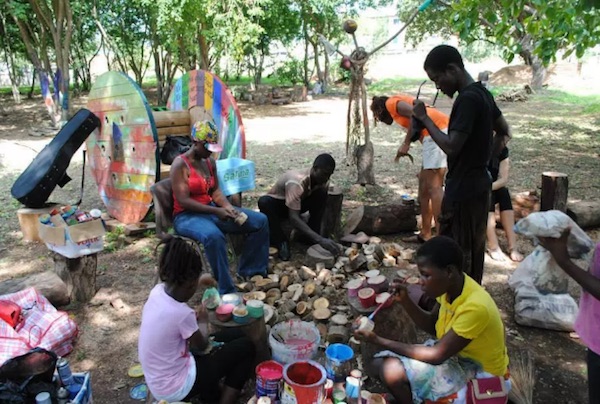 Mmofra Place in Accra, Ghana, is a two-acre plot of underutilized space that was transformed by an international network of architects, planners, engineers , educators, artists, local experts, community leaders, and teenagers into a place for children to enjoy, connect and play. The first projects in the space were a modular play area, public art installations, garden areas and programming focused on children. The vision for the space is to have a performance space, a library, and multiple green spaces. 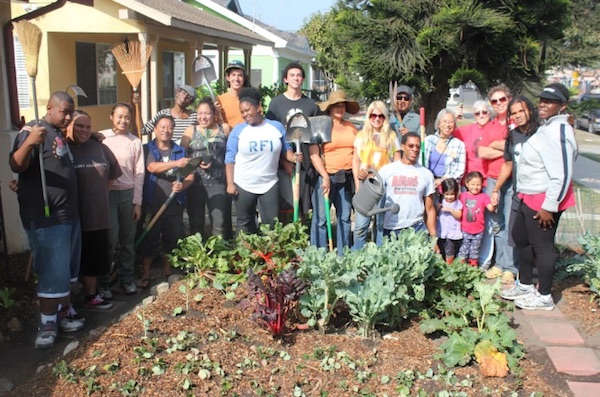 In 2011, Los Angeles resident Ron Finley planted a garden on the strip between the sidewalk and road outside his home, with much of the produce harvested going to neighbors who might not have been able to afford it. When the local Bureau of Street Services cited Finley and threatened removal of the garden, the extended community fought the charges and the case was dropped. LA Green Grounds has now facilitated over 20 “dig-ins” to transform lawns into edible gardens. 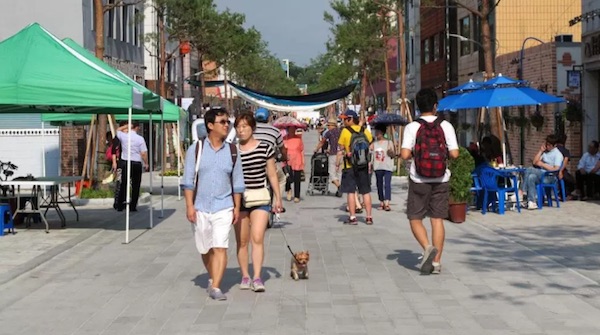 In 2013, the Seoul suburb of Suwon, which has 4,300 residents and 1,500 registered cars, closed its roads to car traffic for a month. Part of the Ecomobility Festival, the project was an attempt to demonstrate that car-free neighborhoods are not only possible, but exciting. It also showcased how human-focused, activated streets benefit residents and local businesses. 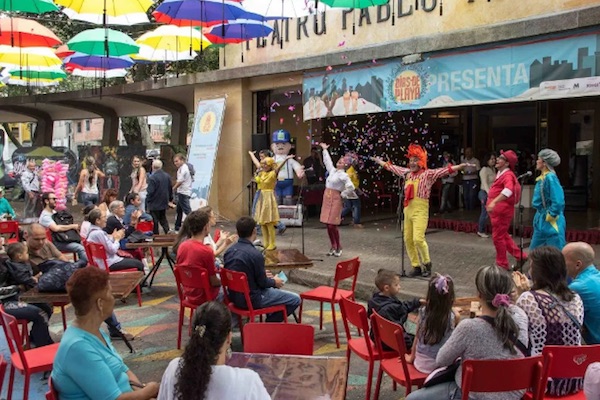 In 2014-2015, large sections of asphalt in Medellín, Colombia were covered with sand, palm trees, chairs and inflatable pools for kids. The project, which also featured community programming, including yoga, sewing workshops, performance art, movies, lectures, vendors and art installations, was an attempt to demonstrate the importance of community and place, and the benefit of placemaking to local business. 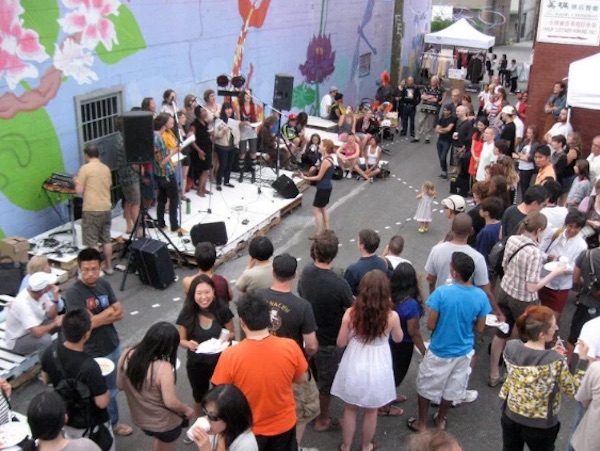 Originating in Vancouver, Livable Laneways has grown to cities throughout Canada, the U.S., Australia and more. The vision for the organization is to transform underutilized or overlooked alleys into vibrant outdoor gathering spaces. Activations in the alleys, or laneways as they’re called, including food, art, pedestrian activities, and festivals. This partnership between the organization, the city and neighbors, creates a sense of place, community, and ownership of local space. 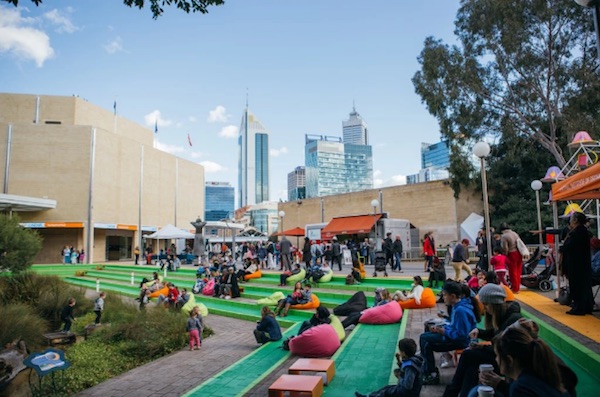 The Perth Cultural Centre in Perth, Australia was home to numerous cultural institutions, including the Perth Institute of Contemporary Art, the Gallery of Western Australia, the Blue Room Theatre and the State Theatre Centre, but the area between the institutions was an uninviting, underutilized space. Using the Lighter, Quicker, Cheaper approach, organizers added shade structures and seating, a large screen for public art and film viewings, and free wifi. They also turned an abandoned water feature into a native wetland area, built a children’s play area and created a community garden. The Centre was transformed into a community hub and remains an important gathering place in the city. 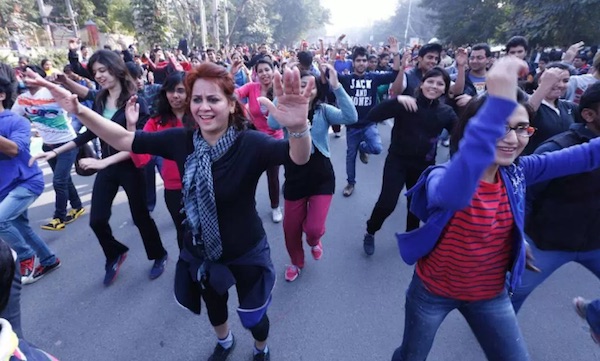 Raahgiri Day in Delhi, India is a day for people to reclaim their streets from cars every Sunday and fill them with dancing, walking, bicycling, yoga, aerobics and other activities. Modeled after Cyclovia in Colombia, Raahgiri Day features programming that includes classes, performance and music, and regularly attracts over 10,000 people. Building on the success of the event, organizers have grown the event to other communities in India. 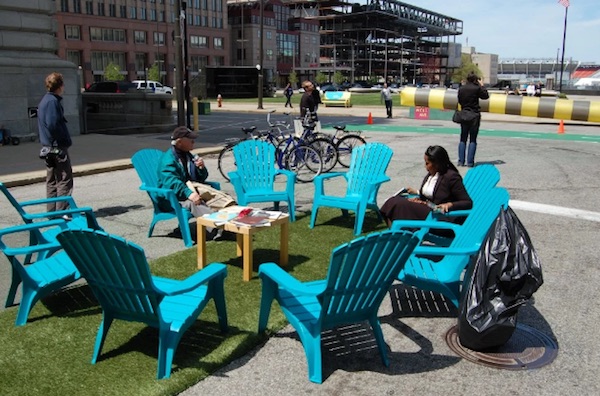