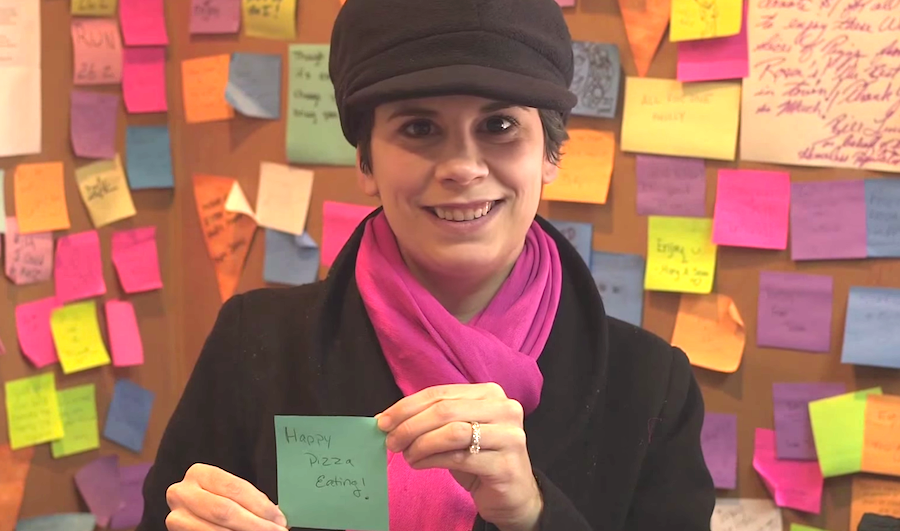 After working a computer job on Wall Street for three years, Mason Wartman wanted to try something new. He opened Rosa’s Fresh Pizza in Philadelphia, Pennsylvania. Little did he know that his pizza shop would soon help feed local homeless people and receive global attention.

It started when a customer offered to pay for a slice for the next homeless person that came in. Wartman wrote the credit down on a sticky note and put it on the wall. A few days later, a man came in short of money. Wartman redeemed the sticky note, and gave him a slice.

Word quickly got out about the pay it forward pizza shop and today, Rosa’s has helped patrons give away over 10,000 slices. The shop's walls are covered with sticky notes bearing greetings and well-wishes for those who redeem them.

Wartman says he’s surprised at how powerful something this small and simple can be. What he finds immensely satisfying is when people who used to come in for a free slice come back to pay it forward for someone else.