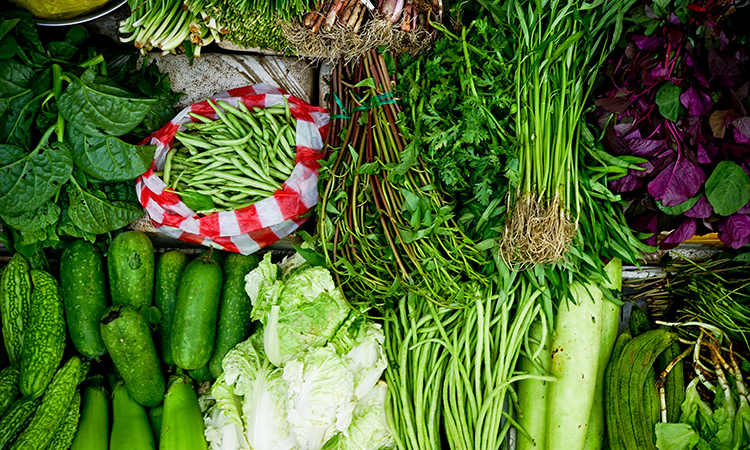 In less than two years, Pittsburgh's 412 Food Rescue has recovered over four million pounds of surplus food, recruited a fleet of over 4,000 volunteer drivers, and pioneered a more efficient and effective way to source and distribute fresh food that would otherwise end up in landfills. Now, the organization is expanding nationally. By September, it will have partnered with mission-aligned nonprofits and launched the Food Rescue Hero app in San Francisco, Philadelphia, and Cleveland, and by 2020, it aims to grow to 20 cities across the U.S.

The group has developed an app called Food Rescue Hero, which allows people to volunteer spontaneously. Once they sign up, they'll be notified when volunteer opportunities crop up nearby. Or, they can pull up a rideshare-like map at any time to view pick-ups presently available for distribution.

"We see so many articles on how to feed 10 billion [people]," says Leah Lizarondo, organization co-founder of 412 Food Rescue. "Most of them are centered on really radical interventions, such as GMOs, cloning, things like that. But none of these conversations mention, oh, by the way, if we recover all of the food that comes out of the system, we can feed everyone four times over."

That statistic comes from a U.N. Food and Agriculture Organization study, but it was another report that inspired Lizarondo, a former food writer, to action — in 2012, the Natural Resources Defense Council released Wasted, a report that detailed how 40 percent of food production ends up in landfill.

Lizarondo says the organization's 4,000-strong volunteer force is "the largest volunteer food transport network" in the country, and over 1,000 actively pick up and distribute food.

"That was the goal of 412 Food Rescue from the very beginning: basically merging technology with social change," she says.

Lizarondo, who immigrated to America at the age of 27 from the Philippines, worked in advertising for Colgate Palmolive in New York before moving to Pittsburgh to earn her master's degree at Carnegie Mellon University. Around the time she read the NRDC study, she says she spoke with a friend who worked at a bakery chain who was sickened that her job required her to throw out day-old bread. She was also inspired by her friend and eventual co-founder, Gisele Fetterman, who would pick up excess produce at a nearby Costco and distribute it at the Free Store she founded in nearby Braddock, Pennsylvania.

Today, 412 Rescue has connections with the local Trader Joe's, Costco, Whole Foods, Brueggers, and Giant Eagle grocery stores, as well as other bakeries and food outlets. Food Rescue volunteers make about 350 pre-scheduled pickups with these and other recurring partners weekly. The other 25 percent of the nonprofit's pickups are unscheduled, like last month, when National Cheese Society Conference came to Pittsburgh and concluded with extra wares.

Lizarondo says that because so much fresh food at grocery stores are short-dated, or close to peak ripeness, most pantries don’t have the capacity to retrieve, warehouse, and distribute such produce in a short period of time. For example, Food Rescue recently rescued a truckload of grapes rejected solely because they were mislabeled. Typically, this fresh, healthy food would end up in a landfill.

These and other experiences have taught them that traditional food pantries just aren't set up to handle bulk fresh produce, and they are not always the best way to distribute food either.

"The pantry network, while necessary, is not nearly sufficient in terms of getting food to people," says Lizarondo. "Why not bring food to where folks are already accessing services as part of daily lives?"

Presently they distribute at 80 percent of Housing Authority sites in the city of Pittsburgh as well as senior centers, daycare centers, and other nonprofit distribution centers where people live or visit daily. According to third-party research, the group has improved food security in 88 percent of the population they reach.

"It took 21 months to reach one million pounds," Lizarondo says. "Nine months to 2 million, then six months to three million. This is, to me, an example of one of the highest uses of technology we can have, because it’s actually doing good and it's extremely direct."

On Aug. 7, the group hit four million pounds. Originally launched in March 2015 as an informal network of friends connected by Facebook and text messaging, Lizarondo and her team launched their app in November 2016. To date, their worth is about $1.7 million, and they have received funding from the Heinz Endowments and other foundations and nonprofits. Former Pittsburgh Pirates superstar, Andrew McCutchen, donated a box truck.

Lizarondo estimates that she has received 300 emails inquiring about partnerships or licensing their technology, but until now, she has waited because she has wanted to make sure that they are turning over the tech to established nonprofits who have the connections and wherewithal to focus and scale.

In San Francisco, 412 Food Rescue has partnered with Food Runners, a 31-year old food rescue organization, and in Cleveland, with the Hunger Network of Greater Cleveland. In Philadelphia, the group has partnered with Uplift, a nonprofit founded in 2009 whose stated goal is to end food deserts across the U.S. Uplift’s executive director, Atif Bostic, says that his group is in discussions with the Philadelphia Housing Authority as well as local police and parks and recreation department to set up distribution sites for rescued food.

"When we look at the stats, more than 326 thousand people are classified as hungry in Philadelphia," Bostic says. "We look to, over next year or two, to make a significant impact and at some point eradicate hunger in Philadelphia."

Beyond the app, 412 Food Rescue also runs an "ugly CSA" program for blemished food, as well as Hidden Harvest, which retrieves fresh fruit from unharvested trees, orchards, and farms. On August 9, Pittsburgh-based East End Brewery released an IPA brewed with Hidden Harvest’s berries and cherries, to raise awareness and funds for 412 Food Rescue.

Before long, ordinary citizens everywhere will be able to transform, at the push of a button, into a food rescue hero.

Brian Conway is a Pittsburgh-based freelance reporter. His investigations into the full extent of Pittsburgh's lead in water crisis earned him First Prize for Environmental Reporting from the Keystone Chapter

Brian Conway is a Pittsburgh-based freelance reporter. His investigations into the full extent of Pittsburgh's lead in water crisis earned him First Prize for Environmental Reporting from the Keystone Chapter of the Society for Professional Journalists in their statewide spotlight contest. He also serves as membership chair of the Work Hard Pittsburgh digital media cooperative.