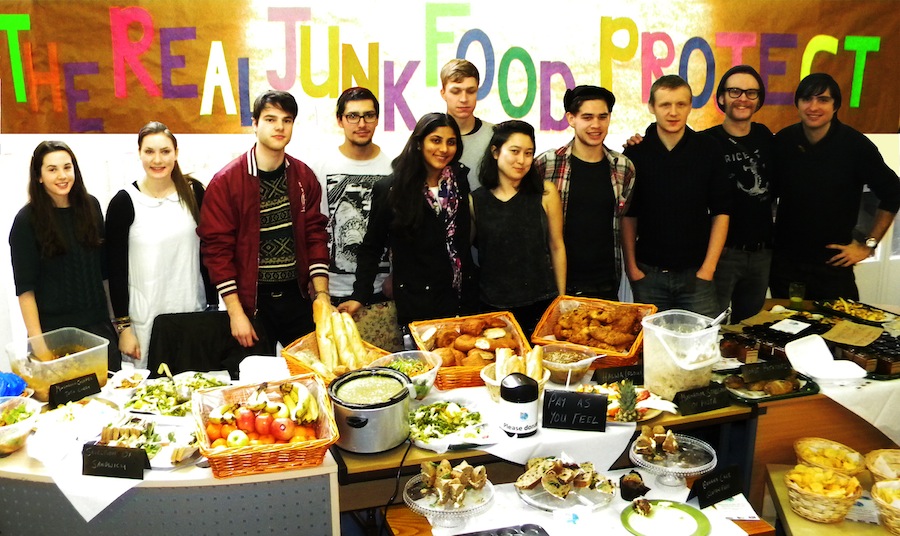 Adam Smith knows food. A trained chef who has worked in numerous restaurants, the 29-year old also knows firsthand how much perfectly good food is wasted. Smith hails from Leeds, England, but it was a year spent working on farms in Australia that inspired The Real Junk Food Project (TRJFP), which changed the direction of his life. A pay-as-you-feel cafe model, TRJFP intercepts food headed for the landfill and turns it into restaurant-quality meals.

As Smith tells it, all the downtime on sunny Australian beaches got him thinking about his life—what he had done so far and what he envisioned for the future. He realized he wanted to do something that would make a positive difference in the world and that whatever he did would involve food.

In 2013, he created TRJFP. What started as one cafe has grown into a network of over 40 pay-as-you-feel cafes that have collectively reclaimed nearly 50 tons of food and served over 20,000 meals.

The idea behind TRJFP is to collect perfectly good food from grocers, farmers and businesses, that would otherwise be thrown away, and serve up gourmet meals to the community. Patrons pay using money, labor, or other social currency.

In addition to saving good food from going to the landfill, Smith says the project bridges communities in new ways and brings awareness to the massive issue of food waste.

"It is bringing people from different demographics together [in a way] that doesn't involve money,” he told the Independent. “People are opening Junk Food Projects because they have had enough of what is going on in society and care about what is happening to other human beings. It is a revolution."