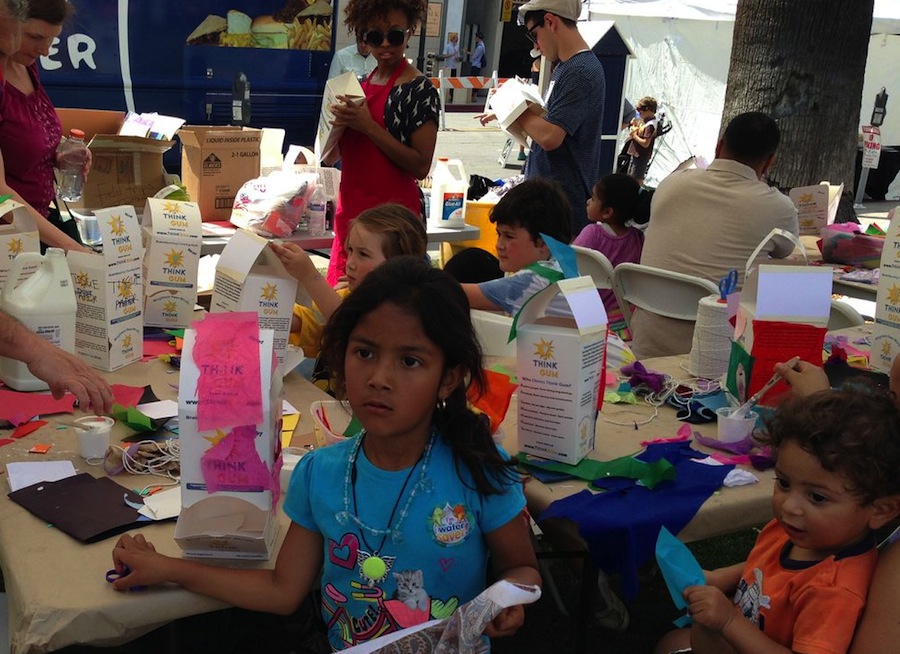 The goal for the Pasadena ShareFest, which took place on May 3rd, was to provide a platform to build community connections and give people the opportunity to incorporate the sharing economy into their daily lives.

Organized by Janine Christiano, the ShareFest, which was part of Shareable's #SharingSpring initiative and the Pasadena Earth and Arts Festival, featured a repair cafe, art making booths, presentations, tabling and an open dialogue between various local organizations. Among the organizations represented are the fest were the Arroyo SECO Network of Time Banks, Transition Pasadena, Next Course Pasadena, The Pasadena Learning Garden, Throop Church, Repair Cafe, City of Pasadena, the Armory Center for the Arts and more. 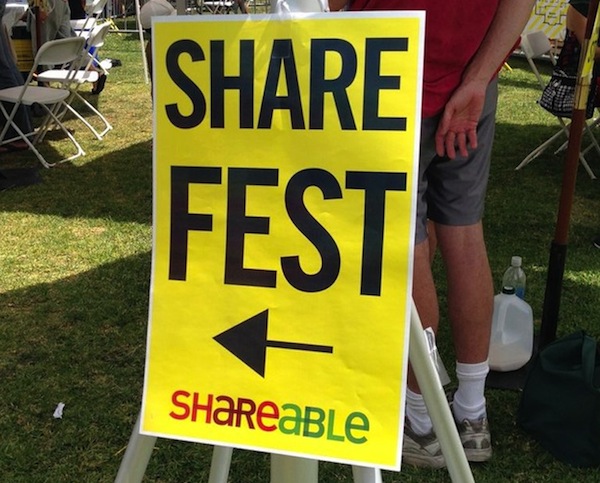 This way to the ShareFest! At such a big festival, organizers found ways to introduce sharing.

With approximately 5,000 people attending the Earth and Arts Festival, the event was a great opportunity to introduce sharing programs and catalyze the local sharing movement. As one participant said, “This was the best event ever, people are finally starting to get it."

A surprise highpoint of the event was the dialogue, facilitated by the Next Course, described as “a process to bring together our community’s visionaries so we can understand one another’s passions and skills and look for ways to work together.”

It was an opportunity to bring organizations together to connect and support each other.

“There is a lot of synchronicity right now which is great to see and feel,” Christiano says. “Many of the organizers are constantly busy planning events or providing administrative support to their organizations, and conflicts arise between organizers at times. But there were nothing but good feelings at the this event.” 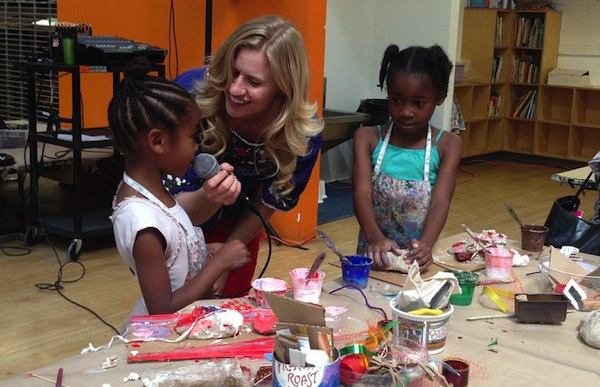 The ShareFest organizing team was a committee of 12 people from various organizations who met monthly, then weekly as the fest approached. Being part of such a large event, letting people know about each aspect of the larger festival and ShareFest within it proved to be a challenge. To get the word out, organizers had representatives go on stage with the MC and speak about the ShareFest. They also had signs, and knowledgeable and friendly people at each booth.

The advice that Christiano offers for people organizing similar events is, “Go big!”

“Connect with city officials and media outlets, she says. “Assemble your dream team of partners and don't be shy about evangelizing the sharing movement. It shouldn't be an underground economy anymore, we should be upfront about how we want to incorporate these collaborative practices throughout our cities in various sectors." 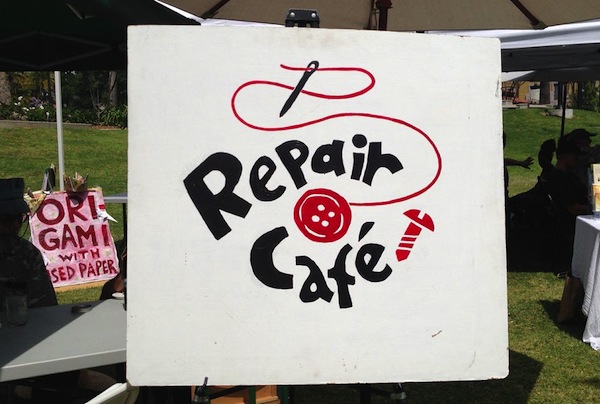 A repair cafe was just one of the ShareFest offering.

Christiano’s future plans include recovering from this event, possibly organizing another large event for the fall, and restarting work at the Farmory, a shared garden and art space that was formerly an empty lot.

One big takeaway for her was that Pasadena could stand as a sharing hub in and of itself, without being tacked onto Los Angeles.

“I'm really happy that our region is becoming a sharing hub,” says Christiano. “[S]ince Pasadena and Los Angeles are separate municipalities it may be helpful to create Pasadena as a sharing city and Los Angeles as a sharing city separately. The local governments are so different and the geographic region so large, it may be helpful if we break up the efforts and focus even more locally.”