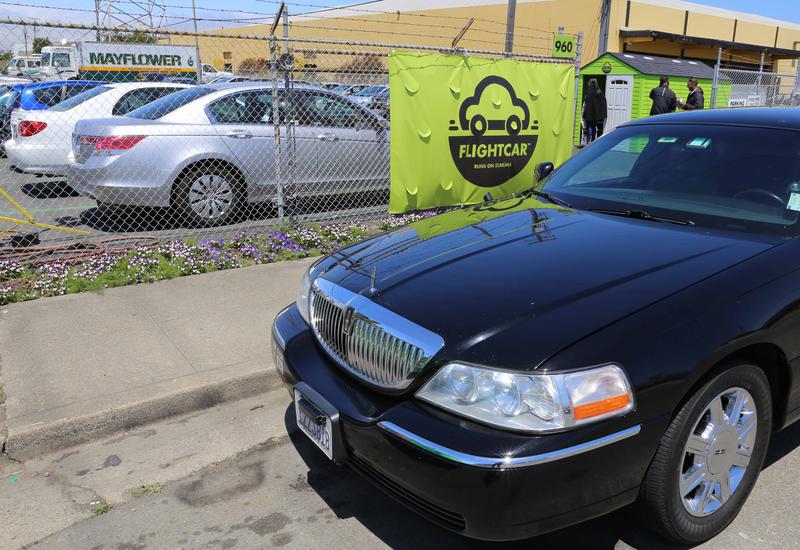 Driving a car is a convenient way to get around. Paying for parking and parking tickets? Not so convenient.

What if there were a way for urban car owners to avoid both by renting out their cars at the airport, and possibly even make some extra money on the side? Two companies think they have come up with marketable solutions.

RelayRides and FlightCar are both introducing new services at San Francisco airport that will allow car owners to rent their cars to travellers in exchange for free parking and in some cases, extra income.

FlightCar already has an airport service which allows car owners to park for free in Millbrae (a town next to the airport). In exchange, the company rents out the cars to travellers. Owners of newer cars can earn up to $20 a day.

Over the weekend, the company introduced FlightCar Monthly, a new service that offers guaranteed fixed payment to car owners each month. Owners must be willing to commit to a month-to-month plan, and have access to their own cars for only four days each month. In exchange, they receive a fixed monthly payment of between $150 and $400, depending on the age and model of their vehicle.

The guaranteed monthly payment is a first in the nascent peer-to-peer carsharing industry. Regardless of whether the vehicle is rented for two hours or 27 days, owners receive the pre-determined monthly payment. The service is ideal for people looking for a reliable source of income (peer-to-peer income is typically unreliable), or people who really don’t use their cars much. It doesn’t work well for people who frequently need their cars on short notice, or who don’t want to travel to the airport each time they need their car.

RelayRides is the newcomer to the airport rental market. The 3-year-old company is known for peer-to-peer car sharing in cities, but has recently been enticed by the potential of the larger, more lucrative airport rental industry.  This month, the company is launching a new service called Free Airport Parking.  As with FlightCar, RelayRides will operate its service from a parking lot in Millbrae. The main differences are that the lot is shared with the Aloft Hotel and RelayRides will shuttle passengers to and from the airport using Aloft’s shuttle (FlightCar uses limo service to transport passengers back and forth).

Free Airport Parking builds on RelayRides’ existing airport service option, introduced in June, which allows car owners to indicate their presence at SFO. Using this system, owners had to drive to the airport to pick up travellers. With Free Airport Parking, RelayRides will have a pool of cars available to rent near the airport. However, owners will not be paid for renting out their cars, they’ll only receive free parking.

Both FlightCar and RelayRides are leveraging two inconveniences for car owners: the limited number of parking spaces in San Francisco, and the high cost of parking at SFO. Both companies offer up to $1 million in insurance and a free car wash before the car is returned to the owner. The rentals should also be substantially cheaper than traditional rental car companies.

From one perspective, everybody seems to win. Fewer cars downtown theoretically means easier parking. Car owners, instead of paying for transportation to the airport and for airport parking, can use their own vehicles to get there, and park for free — or even make money with FlightCar.

But the airport is certainly not winning, at least not with its existing fee structure.

FlightCar is currently tangled in a lawsuit with the city of San Francisco which operates SFO. The lawsuit is based on the city’s contention that the company is a rental car company, yet is isn’t paying the 10% airport service fee as Hertz, Avis and other traditional rental companies do.  FlightCar pays only $3.65 each time it picks up or drops off a passenger with its black limo service. RelayRides, which will use hotel shuttles, will pay nothing directly to the airport.

It’s easy to see airport fees as something worth disrupting, much as the archaic taxi medallion system is in the taxi industry. But airport fees are actually a way to charge people who use the airport, rather than taxing the population at large. This makes sense given that not everyone uses the airport.

SFO collects over $90 million a year in fees from traditional car rental companies — money that goes to fund airport operations and improvements. As convenient and innovative as these new carsharing services might be (and I for one, would definitely be interested in trying out either or both) if they become more widespread, SFO will have to find a way to make up the lost revenue.