Occupy Wall Street: One Year On - Shareable
Skip to content 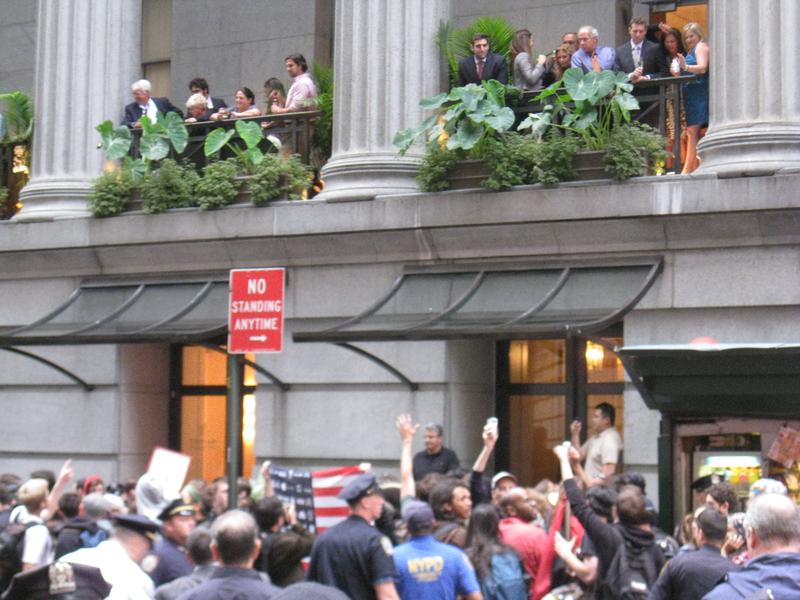 Last year, on September 17, a group of about 1000 people gathered in Bowling Green to attempt to Occupy Wall Street, whatever that meant. For those of us who’d been participating in the planning assemblies all August, well, it went a little better than any of us imagined it would. 2012 has seen less world-changing protest than 2011, with Arab Spring, Walkerville in Wisconsin, the Indignados movement in Spain, the uprisings in Greece and Israel, the London riots, the Wukan commune and of course, Occupy. Still, 2012 has seen Occupy Nigeria, huge student movements in Chile and Quebec, Mayday, corruption protests in India, organizing around Trayvon Martin, and, with the escalating teachers’ strike in Chicago and a potential East and West coast port shutdown, a still developing but potentially powerful chain of strikes. The world is changed, changed utterly, and there is no doubt in my mind that the next decade will see increasingly wild and escalating peoples’ movements throughout the globe.

But as Occupy Wall Street ‘turns one year old’, the vision for the movement is shakier. This weekend, leading up to a mass day of action for September 17, Occupy organizers have planned a series of events: an open ended educational rally at Washington Square Park and an anti-capitalist march uptown on September 15th, a march and party at Foley Square and Zuccotti on the 16th, and an “anarchists against capitalism” march and rally on the big day, Monday, 9/17, at Zuccotti park, including an attempted shut down of Wall Street. Not to be flanked or caught off-guard again, the NYPD have already installed cement barriers around Zuccotti, making it look more like a security checkpoint in the Middle East than a public park in downtown Manhattan. 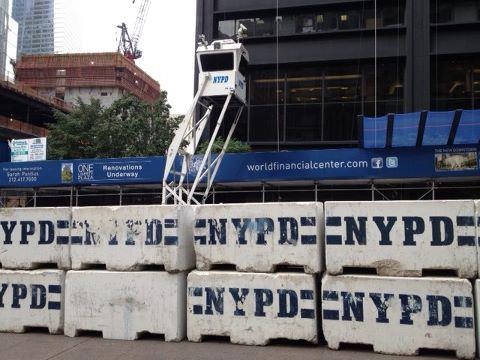 As we move towards OWS’ first big day since the lukewarm success of Mayday, it seems like there’s a lot at stake, and its hard to imagine how we can turn it into something lasting. For one thing, it’s clear that the militarized, misanthropic police forces of America (perhaps even the world) will never let people establish another occupation in a public park—from the spring’s attempted re-occupations of a series of parks in Manhattan to the Gill Tract farm occupation in Berkeley, police and owners have shown an absolute unwillingness to allow another occupation to take hold. Even building occupations, like the 888 Turk occupation in San Fransisco, have been responded to with immediate crackdown.

And while this behavior of the police’s is vile and authoritarian, they’re strategically right not to allow an inch. OWS produced a rupture in the ‘post-political’ ‘after-history’ narrative that Neoliberalism loves to tell itself, and proved that resistance to austerity and marketization is a real force, both here and abroad. And Occupy opened up new communities of resistance and new territories for struggle across the country while radicalizing thousands. The media narrative that “OWS changed the dialogue” is a purposefully miniscule claim. The real effects of Occupy are harder to nail down but much more meaningful.

Still, what of September 17th? It’s hard to say. In some ways, the feeling is similar to that we were experiencing this time last year: how many people will show up? Will we be immediately shut down by the NYPD? What will it end up meaning? But there’s a lack now too: an original energy, an excitement that marked last summer is missing. We want a new rupture to explode, but no one agrees on how to make it happen.

Until the 17th, it seems, there will be more questions than answers. What does it mean to ‘celebrate’ a year since Occupy’s appearance? Is Occupy still a meaningful force in people’s lives? In America? Can September 17th lead to a new phase of struggle in New York, or will it be the end to a movement that was always hard to capture under a single rubric anyway? Even the impulse towards prognostication seems to portend an unhappy result.

But this pessimism of the intellect also hides something fundamental about Occupy. While we may never have a camp in downtown Manhattan again (or, at least, not until we’re much more powerful) the downsteream effects and inspiration of Occupy are everywhere. The militancy of the Chicago Teacher’s Strike, the biggest such strike in generations, reflects a new capacity for grass roots struggle inspired by Walkerville in Wisconsin and by Occupy. (Of course, it also reflects a tremendous amount of hard work and organization within the union by its new leading coalition, which should not be overlooked). Occupy has helped open up a space for radical action in America, and that space still has not closed. Whatever the future holds for Occupy Wall Street, whatever the results of September 17 (and, if you’re in New York, I hope to see you there!) we live in a new phase of grassroots action and social struggle.

More Occupy reporting from Shareable: Solidarity During Wartime in the Streets of Chicago, Occupy Main Street: Reports from the Front-Lines, From Foreclosure to Occupation, The Park and the Protests