No Island is an Island - Shareable
Skip to content 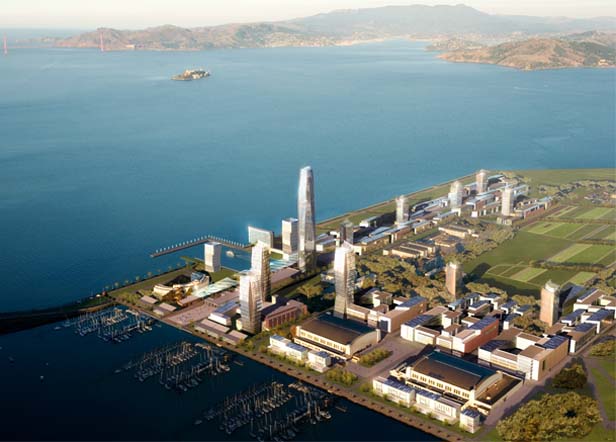 Treasure Island, which sits in between San Francisco and Oakland, has been virtually abandoned since the Navy shut down its base in 1997.

That's about to change. This week the Navy finally announced that it would sell the island to the city of San Francisco (price tag: $105 million), which plans to turn it into a model of shareable, sustainable development.

Back in September, I listened to urban designer Craig Hartman and landscape architect Kevin Conger explain their plans for building 6,000 green residences, a marina and ferry, a pedestrian- and bike-oriented shopping strip, an urban farm, and 300 acres of parks.

In particular, the plan developed by Hartman, Conger, and various stakeholders calls for:

Hybridized land use: A 22-acre urban farm will produce enough food for 2,200 people, selling exclusively to residents, groceries, and restaurants on the island, but will also serve as a park and pedagogical area. Same with an artificial wetlands, which will serve as a recreational area as well as a way of treating runoff (see illustration below for the water treatment plan). The goal is to generate almost all energy on the island itself, using wind, solar, and a bio-gas plant. "The landscape is for cultivation, not consumption," said Hartman.

"Share public way": Almost all residences will be within a 5-minute walk to a ferry going to San Francisco. "This will be a pedestrian-favored environment in which some cars happen to be there," said Hartman. Streets are explicitly conceived as shareable spaces, with continuous curbs, lots of public spaces, lots of access points from buildings to streets such as stoops and balconies, bike paths, and so on. Each residential unit gets one parking space, and cars are subject to congestion toll pricing. Thirty percent of housing is set aside for low-income residents.

Open source and user-generated: Both men made it clear that while this is a planned environment, they are planning for it to evolve in response to resident and local economic activity. This is actually the weakest part of their vision: how will the buildings and lands of Treasure Island learn from its residents' activities? It is difficult to reconcile the centralized nature of the planning and construction with their vision of an "open source" community, and the planners were short on details in the talk I attended.

There are other, more serious caveats to keep in mind.

We've heard from time to time from readers that new developments are sustainable only if you discount the environmental costs of construction. That creates one problem that needs to be addressed: San Francisco needs to make sure that the environmental impact of the construction is as low as possible. (I've also heard criticisms that the redevelopment will draw congested car traffic to the island, but I think the stakeholders have successfully responded to that with an emphasis on the new ferry and new bus lines.) 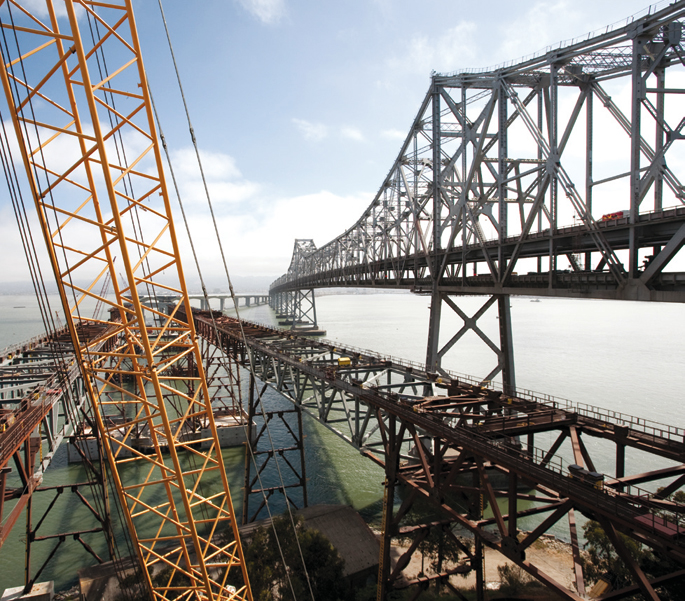 There are other concerns about the costs of the redevelopment, an estimated $5 billion. Indeed, in California public works, even the best laid, most-well-intentioned plans can go horribly astray.

As Shareable.net office mate SF Public Press has reported, the reconstruction of the Bay Bridge (which passes over Treasure Island) has been a financial catastrophe, largely because the planners failed to take into account interest owed to the project's underwriters. Last year, debt service was a staggering 55 percent of the project's operating budget. So for Treasure Island to be considered a real-world success, the financing must also be sustainable.

They say no one is an island, meaning that each of us touches friends, neighbors, built and natural environments, and so on. It's also true that islands are not islands. The Treasure Island redevelopment–which looks so wonderfully shareable on paper–will unfold in a specific, real-world context of sky, water, and the interactions of thousands of human beings through government, the building industry, and citizen organizations.

In short, it'll be messy, and we'll be following this story over the long run, mainly because it will provide a case study in how the values we promote in Shareable.net are translated into actual built environments.