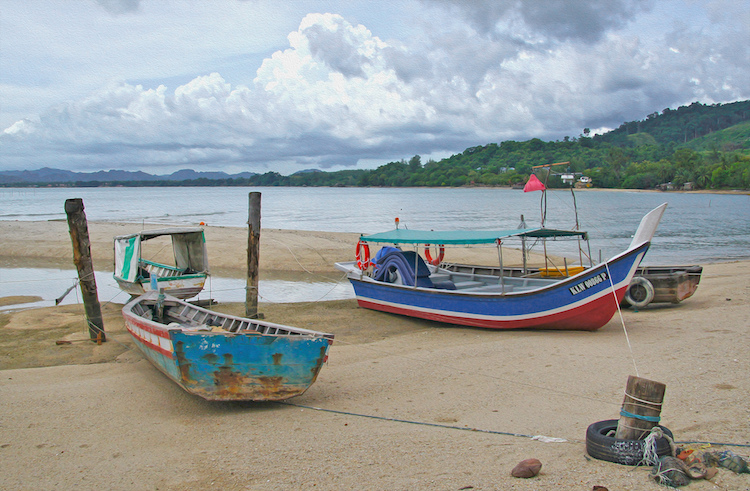 Linguists from Sweden's Lund University have discovered a previously undocumented language with an unexpectedly rich vocabulary of words to describe sharing and cooperation. The research conducted by Niclas Burenhult and Joanne Yager, published in "Linguistic Typology" and summarized on the popular science website IFL Science, explores the Jedek language, spoken by a community of about 280 people who live as settled hunter-gatherers in northern Malaysia.

Burenhult and Yager were surveying the area for the DOBES Documentation of Endangered Languages project when they unexpectedly came into contact with a new language. "Jedek is not a language spoken by an unknown tribe in the jungle… but in a village previously studied by anthropologists. As linguists, we had a different set of questions and found something the anthropologists missed," Burenhult, an associate professor of linguistics at Lund University, said in a press release published on the university's website.

When the researchers explored the community where Jedek was spoken, they found a culture that was relatively egalitarian and eschewed competition, where responsibilities were shared between members of the community instead of being delegated to people who had a particular specialty or skill, and where there was no adversarial justice system: "There are no indigenous words for occupations or for courts of law, and no indigenous verbs to denote ownership such as borrow, steal, buy or sell, but there is a rich vocabulary of words to describe exchanging and sharing," the release noted. The language also has no words for borrowing, stealing, buying, or selling.

Jedek is believed to be a member of the Asilan language family, related to languages spoken in other parts of the Malay Peninsula. According to the Endangered Languages Project, there are approximately 7,000 spoken languages in the world, but over 40 percent of those languages are at risk of disappearance. Languages with only a few hundred speakers concentrated in a small area, such as Jedek, are at particular risk.

"There are so many ways to be human, but all too often our own modern and mainly urban societies are used as the yardstick for what is universally human. We have so much to learn, not least about ourselves, from the largely undocumented and endangered linguistic and cultural riches that are out there," concluded Burenhult.

This video, published by Lund University, contains a small sample of spoken Jedek.

Header image of fishing boats in Malaysia by Bernard Spragg. NZ via Flickr