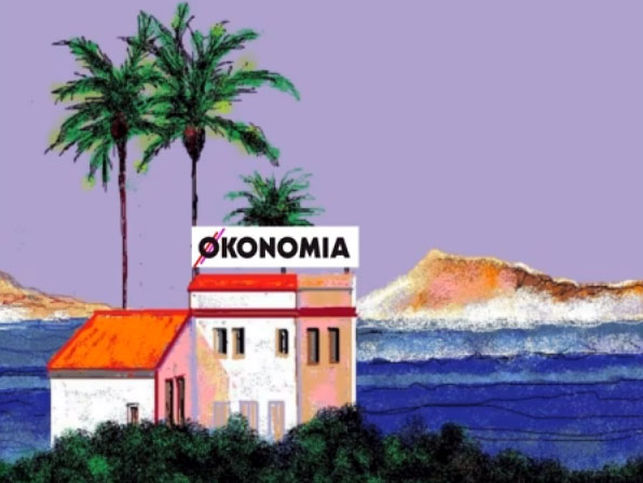 When I first started writing for Shareable, it was to cover the Indignado movement in Spain, which I participated in in Barcelona. The Indignado movement was a massive social movement based around city encampments that helped inspire Occupy, and emerged from a history of radical struggle in Spain and in response to exploding austerity. The camps were evicted at the end of the summer of 2011, but the intensity of the crisis in Spain (as of this month Spain faces 26% general unemployment, with 16-24 year olds unemployed at an obscene 55%) has meant that anti-austerity social movements have continued to intervene directly socially and economically throughout the country.

One program that has emerged is a school teaching economic theory and everyday economic practice, designed to help people both understand the crisis and figure out ways to address it in their own lives. The school is named Okonomia, and it brings together expert economists and educators to give lessons in micro-economic responsibility techniques as well as solidarity-economy ideas, such as ethical banking, coop management and theory, fair trade and green consumption practices.

In an excellent Inter-Press Service article, Ines Benitez reports that Okonomia “calls itself a ‘popular economics school’ that ‘develops dialectical educational processes, building on the reality and economic knowledge of each participant, to enable participants to understand their economic situation so that they can make informed and conscious decisions, both individually and collectively, that will lead to the transformation of society through economic empowerment.’”

Okonomia, which crowd-funded its start up capital, will be opening its first school in Valencia this month, and hopes to open two more before the year is up. The pedagogy they will deploy is based on the work of Brazilian educator Paulo Freire, which is a method of teaching based on developing creativity, curiosity and empowerment in students rather than transferring knowledge. The work of Freire, particularly his most important text Pedagogy of the Oppressed, has inspired teachers, activists and thinkers for years in rethinking how power structures within education can be critiqued and improved. His ideas are a natural fit with the principles of horizontality and solidarity in the economy.

The goal of Okonomia is to both give its students practical knowledge and to teach a theory of economics different from that which predominates in business schools and political circles. There may not be another school like it in the world: its founders don’t know of any, but the people running Okonomia hope it will inspire new schools both in Spain and elsewhere.

In Spain, as in the rest of the world, neo-liberal economics have been incredibly destructive to all but the richest in society. New concepts and practices are being developed in Spain to combat the devastating effects of austerity and economic crisis. With Okonomia, new educational methods will join other practices of the solidarity economy to help combat austerity and build community resistance.