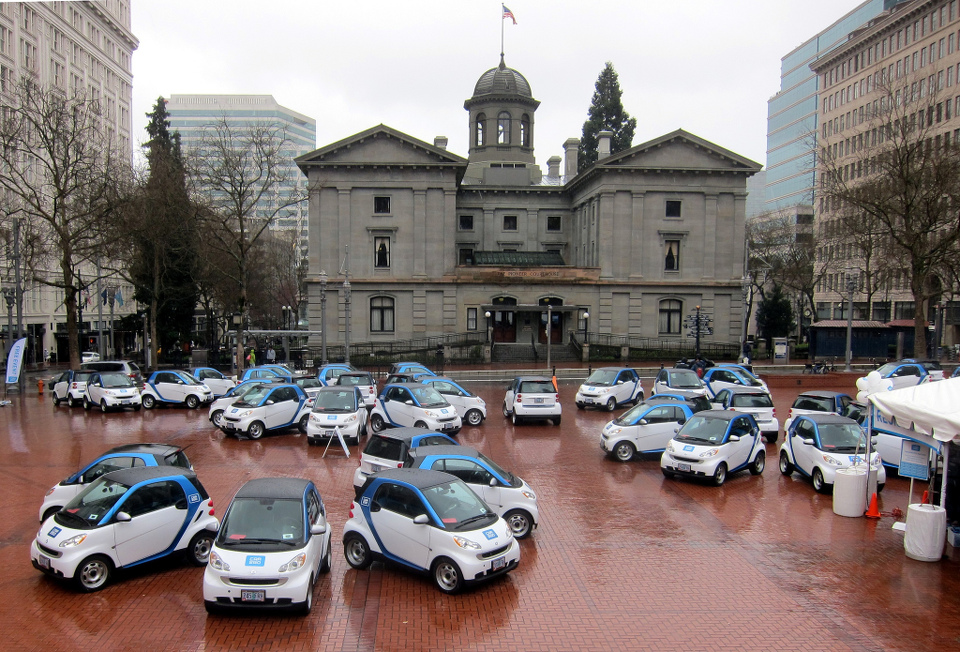 University of California, Berkeley's Transportation Sustainability Research Center (TSRC), a reliable source of research on shared mobility, has released its winter 2016 carsharing outlook [pdf]. According to authors Susan Shaheen and Adam Cohen, carsharing is continuing to grow quickly worldwide, both in terms of memberships and fleet size.

The six-page document, which also includes a summary of TSRC's methodology and links to recent publications, captures carsharing market trends and fleet size statistics in a series of charts. The most recent numbers—from October 2014—are already over one year old, but nevertheless indicate a sharp uptick in total memberships. For instance, global carsharing membership more than doubled between 2012 and 2014.

At the time the data were collected, carsharing operations could be found in 33 countries on five continents for a total of approximately 4.8 million members. Europe accounted for a plurality of carsharing memberships, at 46 percent, with North America in second place at 34 percent. Europe and the North America also claimed the largest fleets, with 56 percent and 23 percent of global fleets deployed, respectively. Meanwhile, Mexico and Italy had the highest member-to-vehicle ratios, 131:1 and 107:1, respectively. 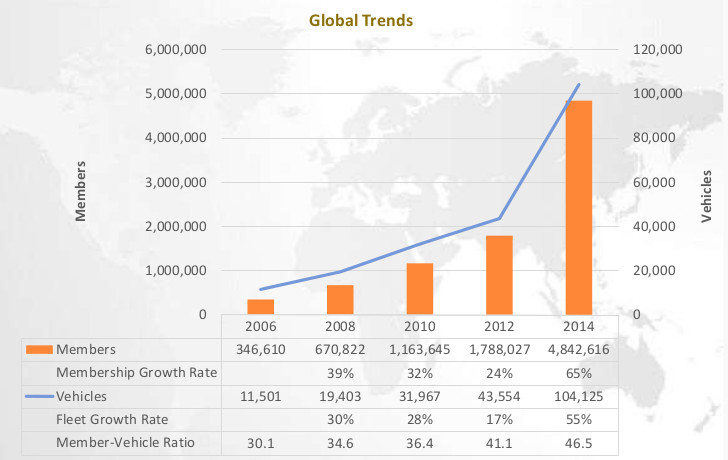 The October 2014 data confirmed the dominance of roundtrip carsharing: globally, 82.4 percent of memberships and 76.7 percent of fleets were dedicated to the mode. One-way carsharing has so far made its most significant impacts on the North American and European markets. In North America, 27.4 percent of carsharing memberships are with one-way services; Europe exceeded all other regions in percentage of one-way fleets, with 31.1 percent.

TSRC's winter 2016 outlook also points to the November 2015 Disrupting Mobility Summit, co-convened by UC-Berkeley, MIT, and the London School of Economics in Boston, Massachusetts. The multi-day event comprised keynote sessions, breakout panels, a hackathon, and a poster session. Scholars and representatives from the private and public sectors, including Deputy Secretary of the Treasury Victor Mendez, attended. Dominant themes of the Disrupting Mobility Summit included the impact of generational differences and lifestyle shifts on mobility; mobility and the sharing economy (specifically, the capacity of technology to redistribute excess capacity); and automated technology. "As technology continues to expand and develop, this space is rapidly changing and thus more gatherings will follow to foster this ongoing evolution," the summit's organizers promised. 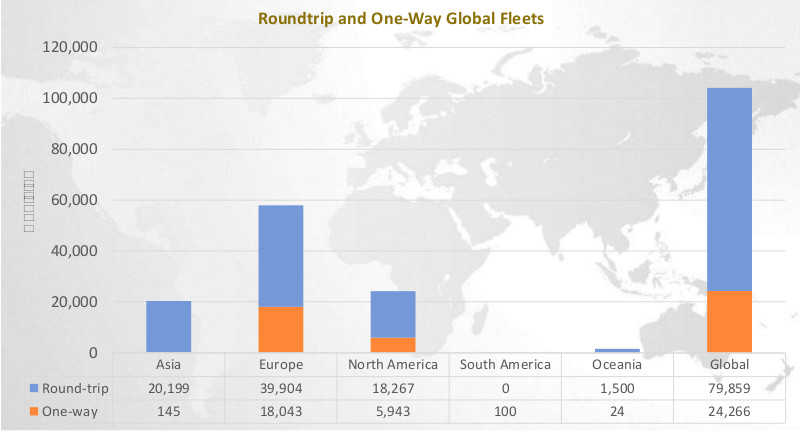