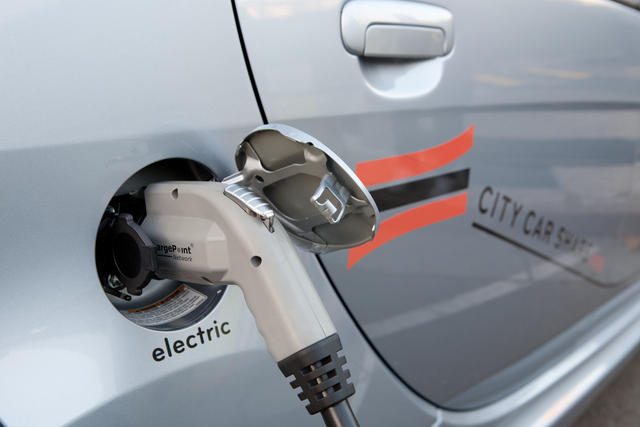 If you’re part of a car share, you may think the impact on your life is small. Or the impact may be huge, like this man in a recent New York Times article, you use a car share to drive your wife to the hospital to give birth.

But whatever the impact on your life, the impact on the world is most definitely big — and growing. And the personal savings may be much bigger than you think. According to a new report from the San Francisco non-profit City CarShare, those quick trips to Costco (and occasional hospital rushes) really add up.

City CarShare has offered their members short-term car rentals for over a decade.  Members pay a small membership fee and an hourly driving rate. The only non-profit car sharing option in San Francisco, it’s an innovation that saves money and resources, increases access to affordable transportation, and has a positive impact on the environment.

And it’s delivering impressive results. According to the report, City CarShare members saved an estimated $100 million in 2012. Each member saves an average of $8,400 annually by not owning a car.

The environmental impact is similarly impressive. Because the City CarShare fleet gets 25-35 percent more miles per gallon than the average passenger vehicle, drivers saved an estimated 64 million pounds of carbon dioxide in 2012. (For reference: one pound of carbon dioxide is about the size of an exercise ball).

To keep reducing the impact of driving on carbon emissions, the nonprofit is also leading the charge to make electric vehicles more common. Consumers aren’t yet comfortable with plugging their cars in. But according to the report, more than 1,200 people drove at least one of its 18 plug-in vehicles last year. And it’s planning to double the size of its plug-in fleet, providing more opportunities to increase the general public’s comfort with electric vehicles.

There are dozens of car sharing programs in the U.S. like City CarShare as well as the new peer-to-peer carsharing services like RelayRides, Getaround, and Wheelz, which allow you to rent a neighbor’s car. And with bike share options opening up cities and suburbs, and ride share options allowing you to carpool more easily, it’s never been easier to get around without a car. So before your next car share trip to Costco, take a look at the new report, then give yourself a pat on the back for adding value to the movement. And if you haven't started carsharing, check for a carsharing service in your area here.