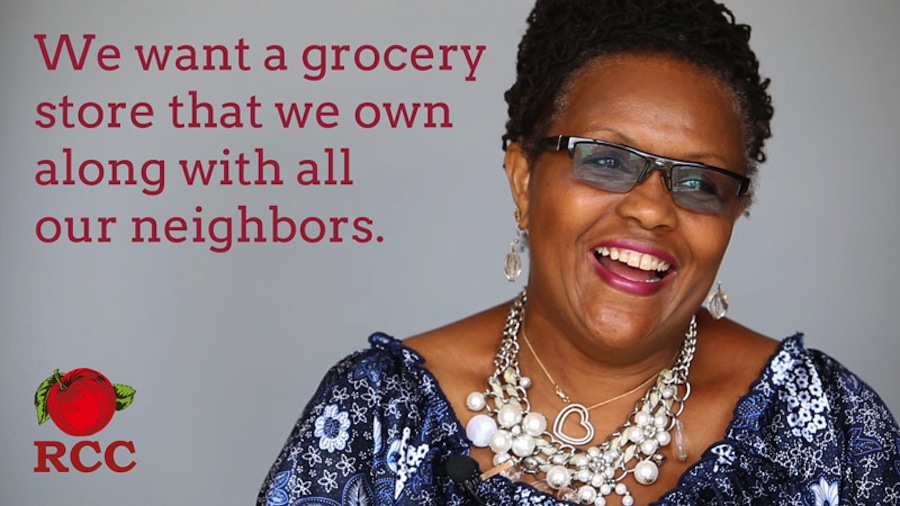 In 1998, when the Winn-Dixie grocery store in Northeast Greensboro, North Carolina closed, it created a food desert—a community without easy access to food. For years, area residents tried to get another grocery chain to come in, but none wanted to come to the predominantly African-American, low-income town.

The community finally came up with a solution—one that didn't rely on an outside company to come in. They put into motion a plan to open a food cooperative.

Scheduled to open later this year, the Renaissance Community Coop (RCC) will be a full grocery store, bringing area residents access to fresh fruit, vegetables and other staples. It’s a welcome addition to a town that came in second place for food insecurity in the U.S.

RCC will also bring an estimated 32 jobs to the area. Minimum wage in North Carolina is $7.25 per hour but the starting wage at RCC will be $10 per hour. In an area where median household income is $21,000, a secure, fair-wage job could prove transformational for families.

At this point, the RCC has raised over $1 million. To reach its goal, it will need about $600,000 more, which it hopes to secure through economic-development incentives from the city. More than 300 people have paid $100 to become lifetime coop members.

The Greensboro community has a long history of community activism and engagement. Neighbors have, among other things, organized to block a proposed landfill, and stop development of a juvenile detention center. RCC organizers are confident that the community spirit, not to mention the area’s pressing need for access to food, will provide the necessary support to sustain the coop, which has become a source of immense pride for the community.

As one member explains in the following video, at first she thought, “Hey, this might be possible.” As time went on, she thought, “This is possible.” Now, she says enthusiastically, “We’re at the point of, ‘It’s going to happen.’”