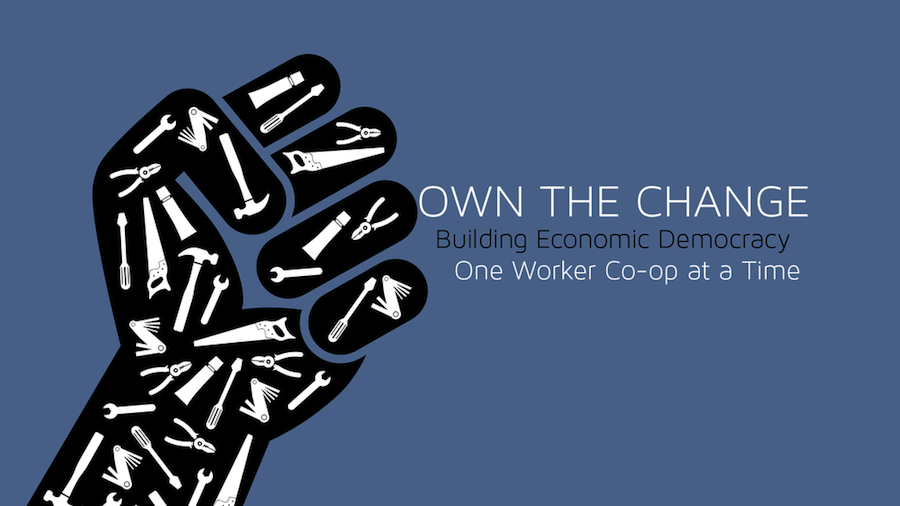 During the 2008 financial meltdown, it became clear that we need new ways of making a living. Since then, worker cooperatives have re-emerged as a viable alternative to traditional businesses. A new short film, Own the Change: Building Economic Democracy One Worker Co-op at a Time, gives an overview of what a worker coop is, how they transform communities, and the realities of starting one.

Created by the Toolbox for Education and Social Action (TESA) in partnership with GRITtv, Own the Change showcases the diversity within the worker cooperative movement through interviews with worker-owners from cafes, home healthcare services, cab companies, a window factory, bicycle shops, landscaping businesses and more. The creators of the film agreed it should reach people already involved with the coop movement and beyond, provide practical tools, and encourage others to start a worker coop.

"We wanted to make something as likely to appear in economics classes as town meetings,” says David Morgan, a worker-owner at TESA. “From the start, we knew that Own the Change would be more than a short film; it's a call to action and a set of tools for setting up worker co-ops for success.”

The film shines a light on coops in cities around the U.S., including Austin, Texas, New York, Madison, Wis., and Jackson, Miss., that demonstrate the power of worker coops to help create resilient local economies.

“The goal is to turn these successful examples into a model that can be replicated, shaped to fit other contexts, and implemented,” says Morgan. “We want people to see that worker coops are a viable and immediate way to change our economy and put people in charge of their own decision-making.”

Creators of Own the Change also designed a suite of educational materials to go with the film, including participatory exercises to gauge whether you're ready to form a worker coop.

The underlying message of the film is that creating a worker cooperative is doable—that people from many industries and all different walks of life, are bringing ownership of their work into their own hands.