The City as Commons is an important new resource for urban commons activists. (Graphic by Scott Boylston)

The cover of The City as Commons: A Policy Reader, published recently by Melbourne, Australia's Commons Transition Coalition, features a repeated pattern of overlapping spirals and circular clusters of node-and-line shapes. The graphic, explains designer Scott Boylston (SCAD professor and president of Emergent Structures), was inspired by biophysicist Harold Morowitz's proposal of the how the preconditions for life on Earth may have been created. "The human city reminds me of Morowitz's description of an open and vital membrane that creates conditions for the emergence of new ideas," writes Boylston, who contributed a chapter on the re-use of construction waste to the book. "I see urban commoning as a 'new' metabolism that has the potential for generating new forms of life/living/being."

Edited by José Maria Ramos, The City as Commons is a reference for individuals and groups who, like Boylston, believe that a re-imagining of shared resources (from intellectual property to real property) through a lens that prioritizes social and environmental sustainability over financial profits can transform the lives of humans for the better. It is also an important record of some of the commons-centric projects and policies already underway or in development around the world. The "urban" emphasis of "urban commoning" refers to the central role played by cities in the commoning process, both as the collectors of the most urgent physical, social, and environmental needs, and as the geographical and governmental entities arguably best equipped to drive change.

The 34 contributions to The City as Commons are divided into sections including Space, Value Exchange, Production, Governance, Land, Knowledge, Culture, and Accounts. The categories necessarily overlap, and the content itself is somewhat rough around the edges, with variations in voice, format, and point of origin (some are repurposed blog posts or other publications; at least one summarizes a conference). Rather than weakening the total product, these irregularities affirm the book's identity as a conversation starter, a work-in-progress designed to encourage experimentation and revision even as it seeks to pin down some of the recent theoretical and practical developments in urban commoning.

Though the "Accounts" section, to which Shareable's co-founder Neal Gorenflo contributed, is most explicitly framed around real-world examples, all of the authors include strategy and/or policy recommendations in their chapters. The geographical and topical scope of The City as Commons is impressive, as is the list of commentators and practitioners who have contributed to the collection. These include P2P Foundation founder Michel Bauwens, Prosper Australia project director Karl Fitzgerald, 596 Acres founding director Paula Z. Segal, and Julian Agyeman and Duncan McLaren, authors of Sharing Cities: A Case for Truly Smart and Sustainable Cities. The City as Commons deserves a place on the bookshelf (or hard drive) of activists already involved in contemporary commoning, as well as of citizens more generally interested in promoting the physical, social, and environmental wellbeing of their communities. 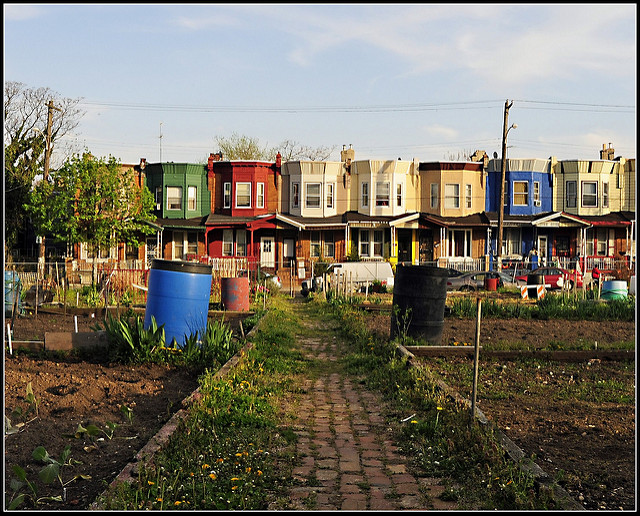