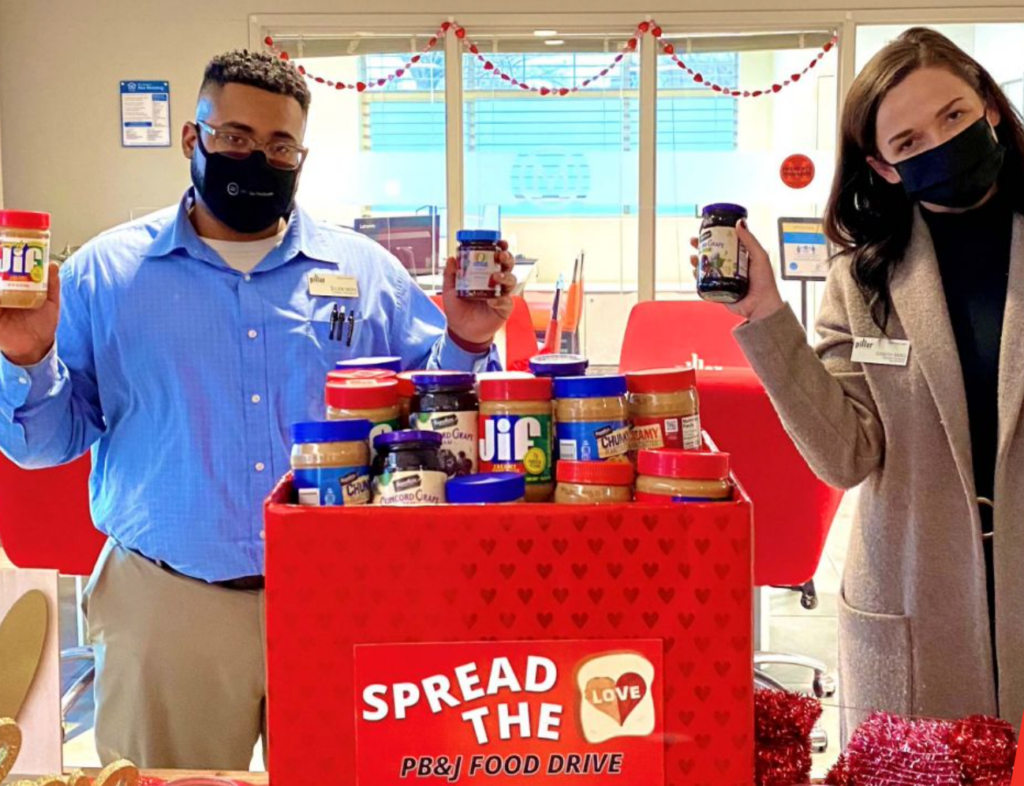 With their #SpreadtheLove campaign, the non-profit Move for Hunger is raising awareness for food insecurity while helping to facilitate food drives and increase donations. Credit: Move for Hunger

Valentine’s Day conjures up images of roses, flowers, and dates with our partners, but for 13.8 million families, it can be just another day living without enough food.

Around one in 10 families in the United States might not know where their next meal is coming from, and they don’t always have enough to go around. So while the average American spends close to $150 on Valentine’s Day, others are hoping to find enough food to get through the week.

The nonprofit Move for Hunger started the #spreadthelove campaign in 2019 to raise awareness that food insecurity isn’t just a problem we should care about over the winter holidays but all year round.

Move for Hunger partners with moving companies to ask people if they will donate their nonperishable food items as they move out of their homes, and the moving trucks help transport the food to local food banks.

Moving companies collaborate with those who host food drives, helping to transport the food. 1,100 moving companies in the U.S. and Canada have participated. The non-profit also works with apartment buildings to encourage those moving to donate, and they’ve built relationships with 600,000 units so far. In total, 37,500 meals have been donated and volunteers have organized 739 food drives.

Adam Lowy, founder of Move for Hunger, says they are working to both reduce food waste and redistribute it to families in need. Up to 40% of the food we produce ends up in the trash, yet 1 in 6 American children don’t have enough to eat (in some places, such as Louisiana, it’s much higher — one in four).

The #SpreadtheLove campaign encourages communities nationwide to host a food drive with a particular focus: peanut butter and jelly donations. The moving trucks take care of the heavy lifting for any volunteers who end up collecting more than five boxes, and Move for Hunger provides volunteers with a starter kit.

“We want to change the way people think about hunger and food drives — you can make a food drive fun, and it shouldn’t just be taking everything out of your pantry, like Tobasco and garbage that people don’t want. Be more thoughtful and more purposeful,” he says.

#SpreadtheLove focuses just on peanut butter and jelly because it’s shelf-stable, high in protein, and one of the most commonly needed items at food banks, Lowy explains. “It’s also typically a bit more expensive and out of reach for the folks that really need it when you’re on a limited budget or food stamps. You know that’s one of those items that you’re probably just not going to be able to put in your grocery cart.”

Scott Stephens, CEO of the food bank Reach Out Lakota, outside of Cincinnati, says they are always looking for peanut butter donations, particularly because it’s accessible for kids. “It’s easy to use if kids need to make their own sandwiches as they often prepare their own food at home,” he says.

Move for Hunger doesn’t forget peanut butter’s favorite sidekick, jelly, and pushes for those donations too.

When you picture a food drive, you may envision a lone box hanging out in the corner of a classroom or religious organization, but Lowy has much bigger plans. He wants food drives to be both more thoughtful and more exciting.

“We want to make food drives fun, right?” he says. Volunteers for #spreadthelove get social-media images, flyers, and decorations for their boxes. They promote tuna donations with Shark Week and “Baby Shark”– related marketing.

They also take care to educate communities about the best peanut butters and jellies to pick to donate, exploring sugar content and taste. This helps people rethink just buying the cheapest or easiest item to find, and helps them put more thought and care into donations.

“It’s always hard to come by tuna fish,” she says.

Donations that make a real meal

What can a family do with peanut butter, but no bread? Or macaroni and cheese, but no butter or milk to cook it? These are the problems that food pantries are trying to solve, by helping donors rethink what can be done with the food they want to give away.

Jackson, for example,  provides shelf-stable milk with macaroni donations, and both the jelly and loaves of bread with peanut butter.

You can’t give somebody Hamburger Helper if you don’t give them hamburger. — Arielle Jackson, Executive Director of the Community Food Basket

But, just because you can’t donate pounds of meat doesn’t mean you shouldn’t donate at all.

Stephens of Reach Out Lakota says that cases of corn and green beans are cheap enough for most families to donate. Though they won’t form a whole meal, they are side dishes typically well-liked by many people.

If you are rethinking your next food donation, our experts specifically recommended focusing on:

To start your own #spreadthelove food drive, register here.

You can also support a number of food sharing projects across the country.