Mooching and Sharing: Adventure without a Vehicle - Shareable
Skip to content 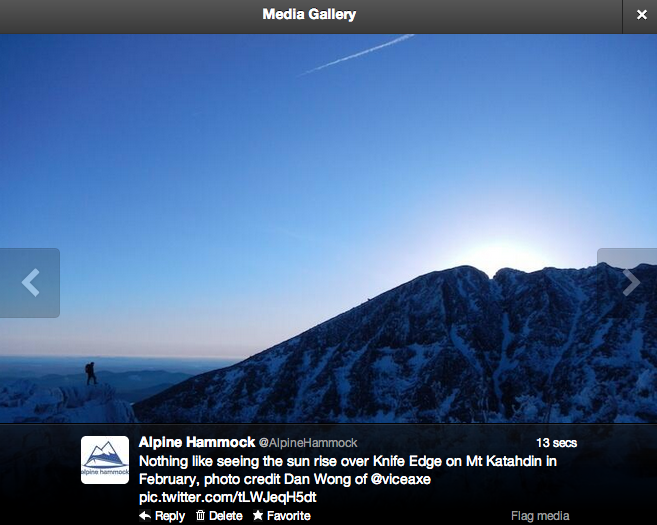 I haven’t owned a car since 2007, but I haven’t let that keep me from going on awesome adventures.  I’ve summited all 48 4,000 foot mountains in New Hampshire, I’ve climbed ice and rock all over New England, and I’ve done 24 hour relay races across Connecticut and New Hampshire.  I agree that owning a car could have made these adventures less complicated logistically.  However, there are a few strategies that have allowed me to enjoy these experiences despite not owning a car.  Here are a few of the tips I’ve learned over the past half-decade of adventuring without a vehicle:

My friends jokingly describe this as the “Mooching Economy”.  In all seriousness they’re mostly right.  If you live an adventurous lifestyle then having a good group of like-minded friends is absolutely critical.  To your benefit, the chances are high that most of these friends will also own vehicles.  This makes taking trips on the weekends infinitely easier as a car-less person.  I’ve probably rode tens of thousands of miles in cars owned by others.  If I didn’t have such an awesome group of friends to travel with then my life would be incredibly boring (and much more stationary).

Sometimes you just need a car, period.  For these instances when taking public transit or finding a ride just doesn’t work I use carsharing services like RelayRides and Zipcar.  For example, this February I went on a weeklong ice climbing trip to northern Maine.  We each had a gratuitous amount of gear and typically I would take the T out to my friends house and drive up north from there.  However, with a haul sled, cross-country skis, a 70Liter backpack, and a duffel bag, taking the T just wasn’t an option. So the night before our trip I picked up a Zipcar and transported my gear to my friend’s house.  It cost me $35 to rent the car over night.  This cost might seem steep but in the long term it’s small price to pay compared to the long-term ownership costs of a car. 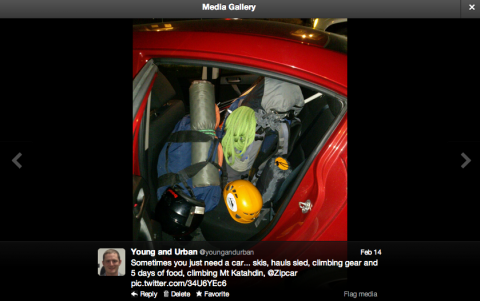 When I first moved into downtown Boston I felt like I had two separate lives: city slicker yuppie and outdoorsy athlete.  On the weekends I would escape northward into the mountains to find adventure.  However, after reading a blog post by Alastair Humphreys (a world class adventurer from London) on his Year of Microadventures This inspired me to participate the annual midnight ride of the Boston Marathon course. 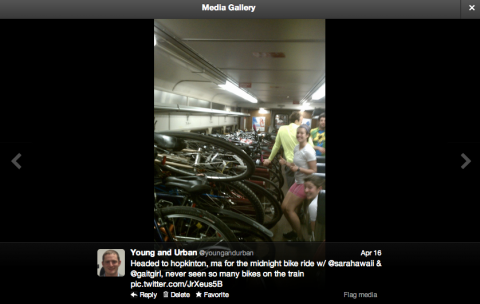 I joined hundreds of people cramming their bikes onto the commuter rail to ride 26.2 miles from Hopkinton to Copley Square in a cold and driving rain at midnight.  Sounds like fun right?  The conditions were dismal but the stoke levels were high, it certainly rivaled adventures I’ve had in far away mountains.  It required logistics and planning, it was slightly dangerous and uncertain, it took several hours and I lost a lot of sleep.  This experience showed me that you can find the elements of any good adventure (uncertainty, long duration, danger, sleep deprivation, and good friends) without having to leave the proverbial back yard.

Throughout college I was an active member of the Tufts Mountain Club (TMC).  This enabled me to meet new people, to build trusting adventure relationships and to consistently find rides to adventure outside.  Online Ride Boards like that of the TMC were critical to those of us who didn’t own vehicles.  Now that I have been out of college for a while, this network has been slowly dissipating as people are moving away for work.  So in January 2013 I joined the Boston Chapter of the Appalachian Mountain Club (AMC).  I spent the next two weekends hitching rides north to ice climb in new areas and I made a bunch of new friends in the process.  The AMC ice climbing group uses a Google group to organize trips and rides so transportation is an option for almost every weekend. 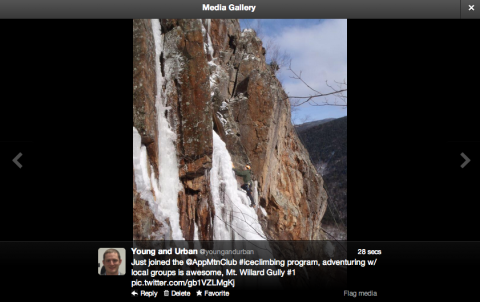 Lesson #5 – Be Flexible With Your Schedule and Goals

As a general rule of thumb, if you don’t own the asset then you don’t own the control of it.  Therefore, in terms of transportation logistics you are largely on the schedule of others.  This means that you have to be flexible with departure times, trip itineraries and overall goals.  If your friends want to stay an extra hour at the climbing gym then so be it.  If they decide to hike a mountain that you’ve already done five times then do it.  Just be stoked that you’re lungs are full of air and that you’re outside doing something awesome.  Lastly, try not to make plans that rely on a prompt return time home.  Remember that you are on someone else’s schedule.  If they want to stop at the diner and delay whatever plans you had at home, just relax, order a burger and enjoy the freedom that comes with not owning a vehicle.