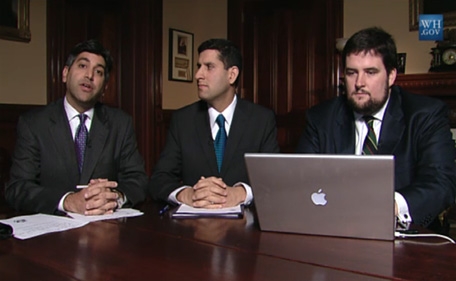 Well, we’re a little slow on the draw with this, but better late than never for what by all accounts is an open government milestone. After months of input from US citizens through the White House Open Government Initiative, the Obama administration issued an Open Government Directive on December 8th. My friends at Forum One Communications wrote crisply about the directive’s highlights last Friday. The directive:

…lays out some ambitious steps for executive departments and agencies to take over the relatively near-term to be more transparent, participatory, and accountable, such as:

The directive was developed with the three cornerstones of open government in mind – transparency, participation, and collaboration. The directive’s goal is to change the way Washington works by "removing barriers between the federal government and the people it serves."  Obama may be taking a lot of flack for a perceived lack of progress, but this seems like a significant and tangible step forward in building a more open society in the US.

As a counterpoint, Andrea DiMaio, a member of the Gartner Blog Network, criticized the directive for being skewed toward transparency giving participation and collaboration short shrift.  She points to an asymmetry of Gov 2.0 where the government shares proposals for citizen feedback but not vice versa. She makes a good point – this is a hierarchical version of openness.

You could also say that not all the pieces are in place in terms of technology and architecture to allow full – and balanced – openness. Mass collaboration platforms such as Bright Idea could form the basis of a multi-step processes to engage the public in finding, developing, and implementing public sector innovations. These platforms are relatively new, but business is rapidly adopting them because of the high quality and low cost of the innovations that result.

All of this points to the fact that opening up government will likely be an evolution rather than a revolution. I believe the Open Government Directive is a significant step in the right direction.