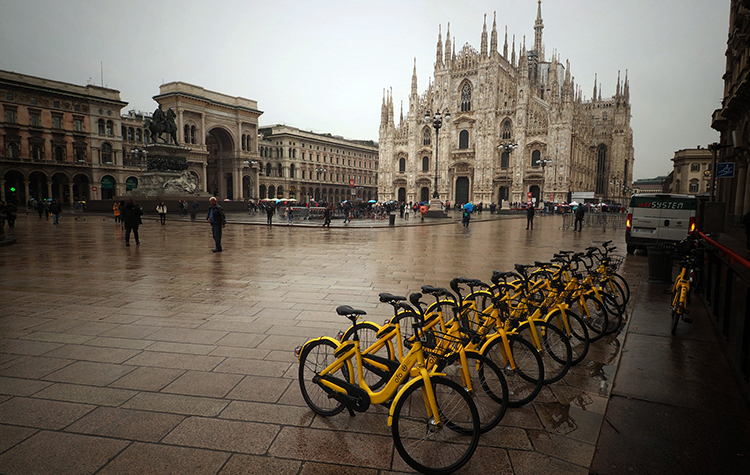 Milan has one of the highest rates of car ownership in Europe, with over 51 cars for every 100 inhabitants (London is 30:100), and consequently the city faces urban congestion challenges. To address this issue, Milan has implemented one of the most comprehensive mobility plans in the world.

Milan introduced bike sharing in 2008, adding 1,000 electric bikes to its fleet in 2014, followed by a scooter-sharing scheme in 2015. In 2013, the city called for expressions of interest from car-sharing service operators, and three providers now offer almost 2,000 shared cars, including 100 electric cars.

The car-sharing program gained 50,000 users in a matter of weeks and, in the first year, reduced the number of private cars on the road by 13,000. There are currently over 200,000 subscribers to the car-sharing schemes, and 37,000 subscribers to the bike-sharing program. A congestion charge has also reduced traffic congestion by 28 percent, and generated 2 million euros ($2.2 million) per year in revenue for the city to continue to invest in shared-mobility infrastructure. Milan's comprehensive mobility program is being evaluated for implementation by several other Italian and European cities.

Header image by Ștefan Jurcă on Flickr (CC BY 2.0)