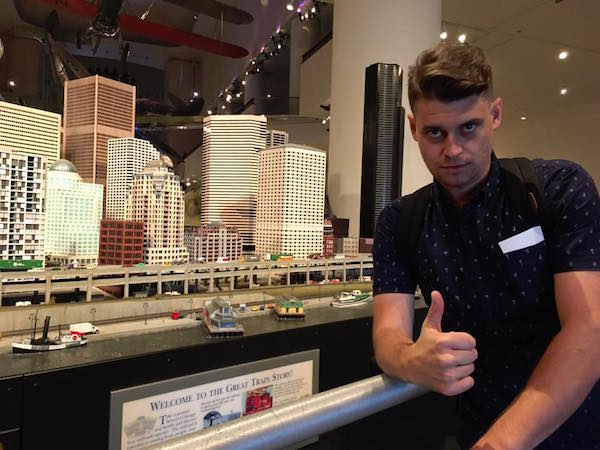 We're delighted to announce that Chris Rankin has joined Shareable as a development manager. Rankin will be focusing on the financial growth of the organization, in collaboration with our staff and stakeholders. We're grateful to have him on the team. Please read the note below written by Rankin, to learn about his past work and path to Shareable:

My interest in sharing started at an early age. I was raised by a single mother who worked multiple jobs in an attempt to give my two younger brothers and me a semblance of normalcy. When my family went through difficult times, we looked to our neighbors. Our community rallied around us and shared not only food and money, but also life lessons and wisdom that helped shape me into the person I am today.

I moved to Oakland, California, in 2011 for graduate school. After graduating, I became active in electoral politics, working as campaign staff for various local and state officials. In early 2015, I became disillusioned with the political process, especially with special interests money going towards harmful policies. I resolved to make sure that the issues I cared about such as education, juvenile justice, and health care remained on the public's radar — and that programs supporting those issues always had the money needed to succeed. To do this, I moved from politics to the nonprofit world. For two-and-a-half years, I ran the development department for a health care clinic based in Marin County that supports 33,000 uninsured and underinsured people.

Throughout all the transitions in my life, I never forgot the critical role that sharing played in my childhood. I longed to work for an organization that was attempting to bring the sharing culture to the forefront of society. When I learned about Shareable, the organization's mission completely resonated with me. I am committed to Shareable and the work that it's doing to advocate for sharing as a solution to many challenges that we face today — locally, nationally, and globally. I will work tirelessly to bring Shareable into an era of financial sustainability. I look forward to getting to know you — the reader and the sharing community — better, and I suspect I will make some lifelong friends along the way.