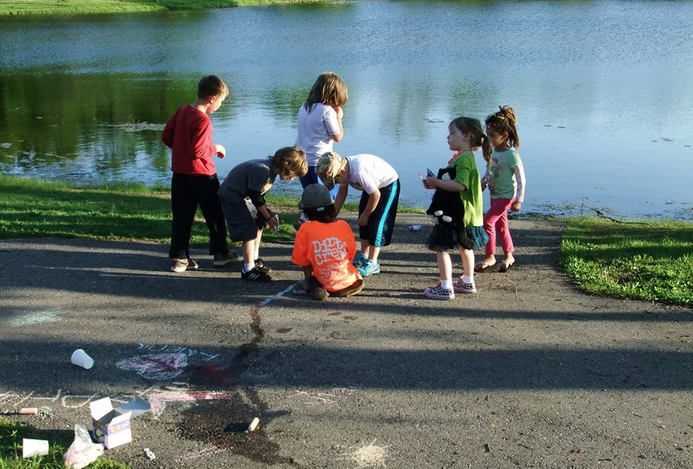 A theme that runs through many of the #SharingSpring ShareFests is having fun. Events so far have included dancing, crafts, music, DJs, face painting and more. Sharing is an essential part of creating a sustainable, just and healthy world, but it's also a way to have a good time and bring people together. 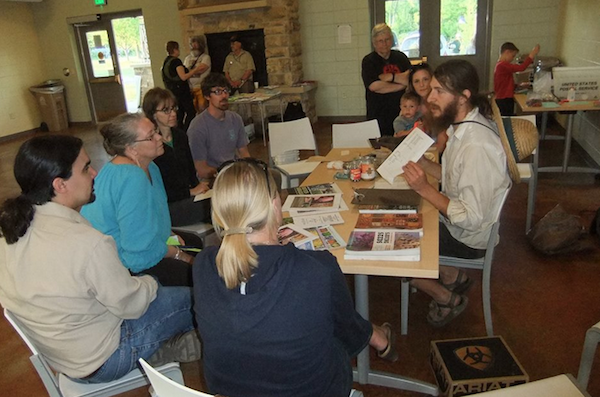 A one-day event, the ShareFest was organized by a core team of five people including Stephanie Rearic, director of the timebank, and also included workshops in bird, bat and bee house building, screen printing, a listening booth, home remedies for climate change, simple Spanish for kids, wood carving, seed saving and an edible plant walk. 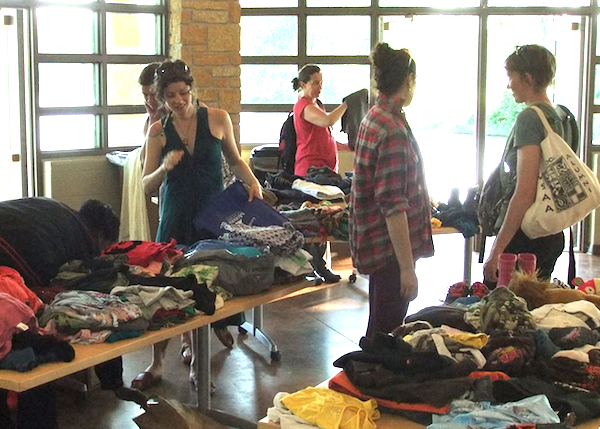 Organizations represented included Food Not Bombs, Family Farm Defenders and the Industrial Workers of the World General Membership Branch. An estimated 120 people took part in the fest. Word is, a good time was had by all. 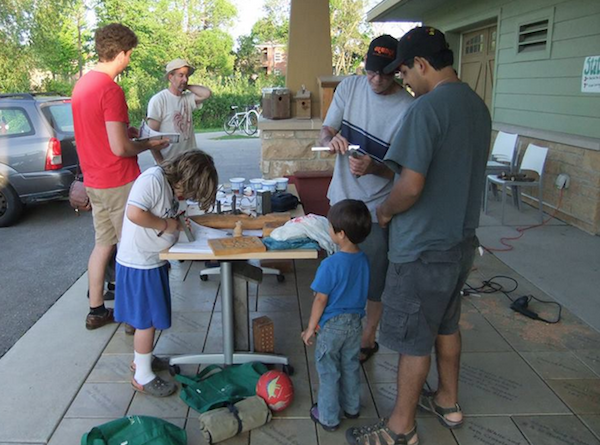 Skill sharing and getting the youngsters in on the fun

"It was so wholesome and community led, fed and read, thanks all!" was one of the comments organizers received from a participant named Mary Jo. 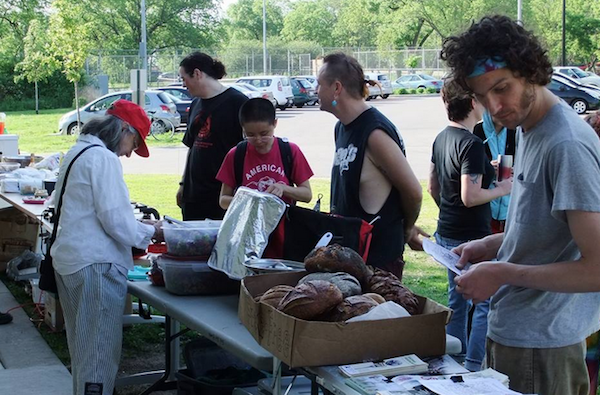 Information, stuff, food and fun were exchanged at the ShareFest

Rearick says that this was just the first of many ShareFests. At the next one, they plan to reserve time at the beginning of the fest to do an icebreaker game so people can introduce themselves. For the time being, the ShareFest organizers are pleased with the results and look forward to more. 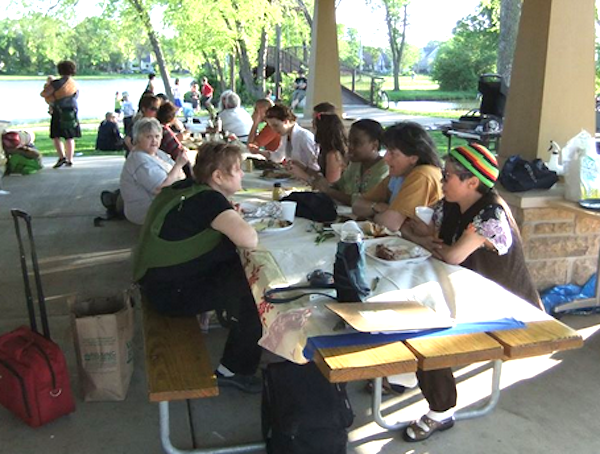 A potluck brings ShareFest participants together to share a meal

“We plan to do this event again every year,” says Rearick. “It was a great success for us.”