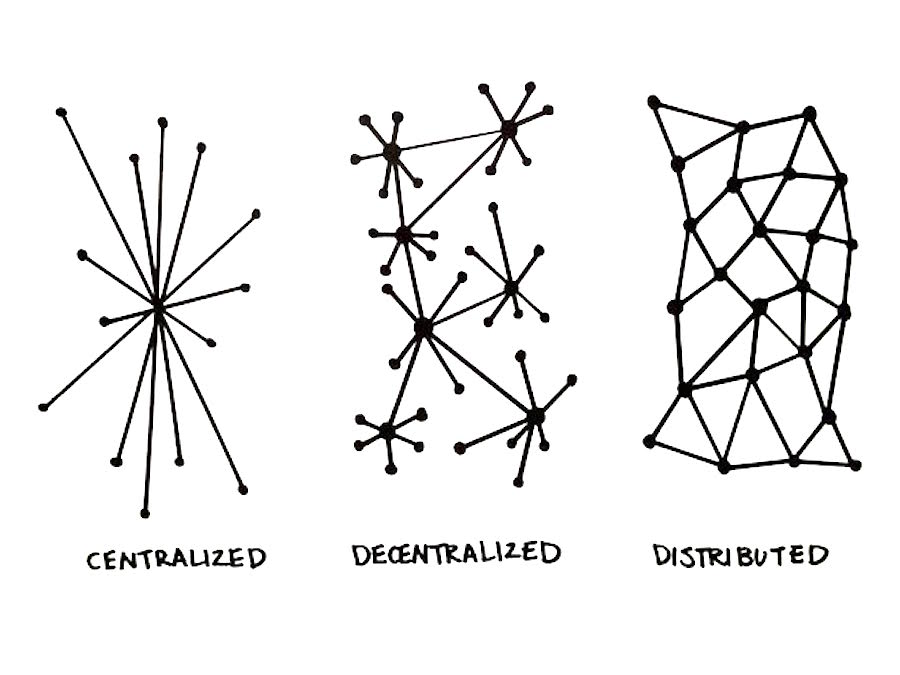 Since the first browser was created by Sir Tim Berners-Lee over 25 years ago, the World Wide Web has grown to become a massive ecosystem of information that has democratized access to knowledge and culture on the Internet. But today, the Web is under threat.

More and more, we're seeing governments and corporations control what and how we're allowed to access online content. From state-mandated censorship to private copyright takedowns, an increasing number of websites are getting blocked or delisted. It's also a honeypot for state surveillance and corporate data collection, where our private data is being harvested at will without oversight or accountability. Major platforms have emerged to monopolize many services on and off the Web, leading to a concentration of online activity within gated platforms.

The Web has enabled anyone with a computer to access any document hosted on public web servers. For some years, this was decentralized enough. But over time forces of control and centralization have enveloped the Web. In today’s world, the Internet has proven to be susceptible to censorship, surveillance, and siloization.

In response, computer scientists are developing tools that they hope will be the basis for an alternative, more distributed model that could withstand these threats. To strategize a path forward, over 100 technologists, academics, and advocates met at the Internet Archive in San Francisco for the Decentralized Web Summit. Many of the leading architects of the early Web were there, including Vint Cerf, one of the “fathers of the Internet” and even the inventor of the Web, Tim Berners-Lee.

The focus of the conference was on new, decentralizing technologies. Many of the tools involved distributed methods of publishing and accessing content, which is the most basic functionality of the Web. However, there were a host of other tools to purchase goods, crowd-invest in projects, and set and enforce contracts—all using various decentralized methods, many of which rely on blockchain technology. 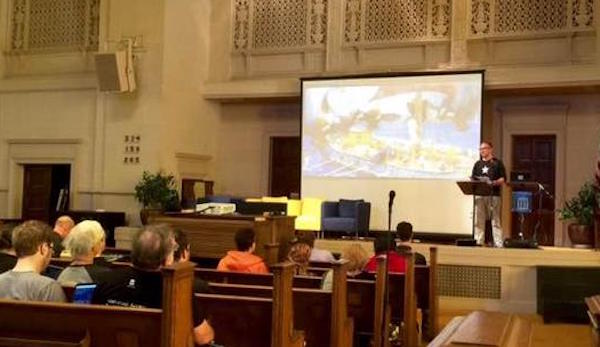 In his keynote at the Decentralized Web Summit, Cory Doctorow urged the decentralized web movement to commit to principles before they are tempted to trade them away. Photo: Maira Sutton. Licensed under CC-BY 4.0

The highlight of the conference was Cory Doctorow's keynote. In it he urged the decentralized web movement to bind itself to a "Ulysses Pact" where they can commit to principles when they still have the will and forthrightness to do so, before they are forced to make compromises and trade them away. He said it's like going on a diet and deciding to throw away the cookies before you become desperate, hungry, and likely to give into temptation. Those working to build the new decentralized web must make sure the principles they uphold now go on to survive, and that one way to ensure this is to design them into the systems themselves. They can do this by emulating the GNU General Public License, which guarantees that software licensed with it remains free to be studied, copied, and modified.

He suggested two principles for the decentralized web. First, that a computer must always obey the owner's wishes and that should always take precedence over any other command from a remote party. The second is that it should never be illegal for someone to disclose valid information about the security of a system.

These values may be somewhat technical as Doctorow was speaking to a more technologically-oriented audience at this conference. However, his message should also resonate with the platform co-op movement, in which people are building online platforms that share the value they create with their own users.

According to the International Cooperative Alliance, cooperatives are based the values of self-help, self-responsibility, democracy, equality, equity, and solidarity. Like other categories of cooperatives, platform co-ops strive to embody these values through practice. This includes having democratic member control over the platform and its capital, and supporting their community, such as through education programs and sustainable practices.

Much of the conference was fixated on how new distributed technologies have the potential to solve the problems facing the current Web. The question that kept arising throughout the event was how these "decentralized tech" companies were funded and organized themselves. This issue points to Doctorow's keynote in which he called for the engineers to encode their values into the technology itself. If the organizations developing these technologies are ultimately incorporated as for-profit corporations that don't have cooperative principles baked into their institution, it's questionable whether they can truly be used to protect the interests of their community. If these companies already have a primary fiduciary obligation to their shareholders, then it's uncertain whether any kind of "Ulysses Pact" they may make with their values could truly be public-interest motivated.

At the Summit, I gave a lightning talk addressing this issue: I argued that platform co-ops must play an important part in building a decentralized web. While networks have the potential to upend concentrations of power, they more than often maintain existing power dynamics. This has been made apparent through the emergence of mega-powerful Death Star platforms like Uber, Facebook, and the like. That's why addressing the governance structures and values that constitute the institutions creating new Internet infrastructure—making sure they are community-driven, equitable, and sustainable—is necessary.

One of the workshops at the conference was focused on bringing gender equality and ethnic and racial diversity to the decentralized technology community. The organizers did address their awareness of the lack of gender and cultural diversity in the history of the Internet and see this as a problem. Diversity not only leads to more creative solutions to problems, but it also leads to better diagnoses about what problems to solve in the first place.

A working group was established out of the discussion, to plan for more active inclusion. It seems however, that there were was a lost opportunity to hold an open discussion about the flaws of the current Web during the conference. Instead, the Summit's organizers built the conference’s agenda around a particular conception of what those were, and in so doing, missed engaging with a more holistic understanding of everyone’s varied challenges with the Web.

All of this does not discount the way in which the Web is in fact under threat due to its design, and that new tools and platforms could remedy these issues. But technology can't fix nor avoid inevitable people problems. States and powerful entities will always try to censor speech and collect personal data, and corporate services will emerge to make online services addictive and easy-to-use to return a profit. That's why the platform co-ops would fit well with the decentralized web movement. It would encourage those involved to reflect on how ownership, inclusion and access all play a role in determining the health and resilience of the next World Wide Web. Hopefully, that could lead to human rights and democratic principles to be embedded not only in the code, but in the guidelines of the organizations themselves.