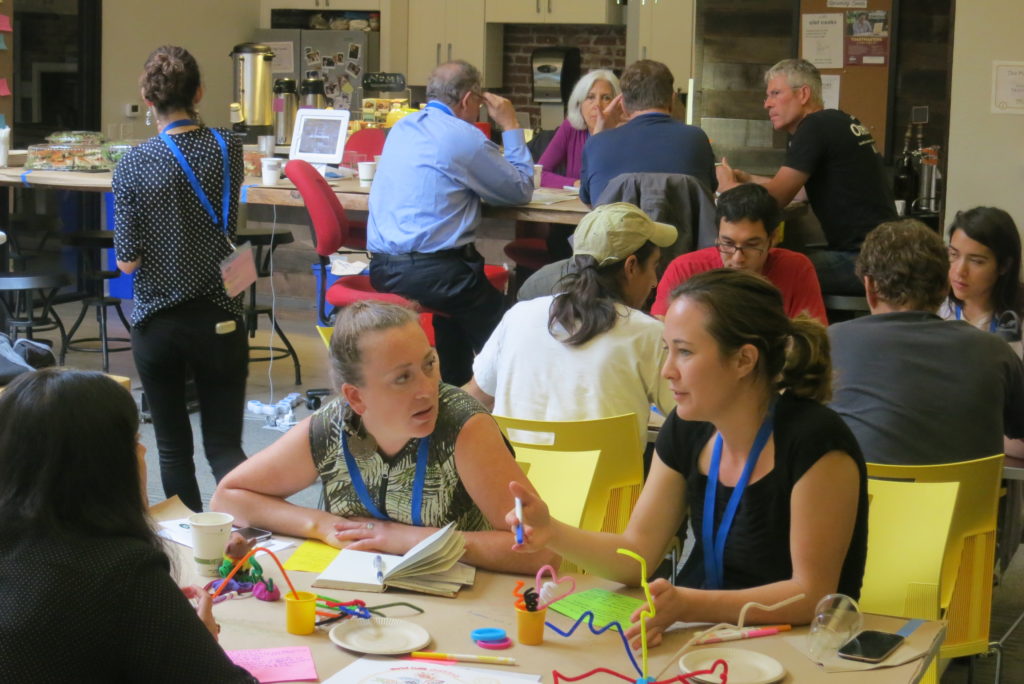 For four days this past week, hundreds of activists, speakers, panelists, thinkers, visionaries, and caring citizens came together in Oakland, California for the first annual Bay Area Living the New Economy Convergence. Over breakfasts, lunches, presentations and round tables, they discussed ideas and tools for shifting away from the current profit-driven system and into a new economic paradigm, one that puts people and ecology at the heart of business models.

Keynote speakers Charles Eisenstein and Ian Mackenzie kicked off the event Thursday, October 23 to a sold-out room with a talk about synchronicity in the New Economy. Energy continued full force through breakout groups on an expansive array of topics – such as the roots of the new economy, social justice, housing, and alternative finance models.  Following the conference-style event on Thursday and Friday, Saturday and Sunday was a hackathon, where inspired people pitched ideas that received mentorship, peer feedback, and intensive workshopping. All in all, about 300 people attended the event over the course of the four days. 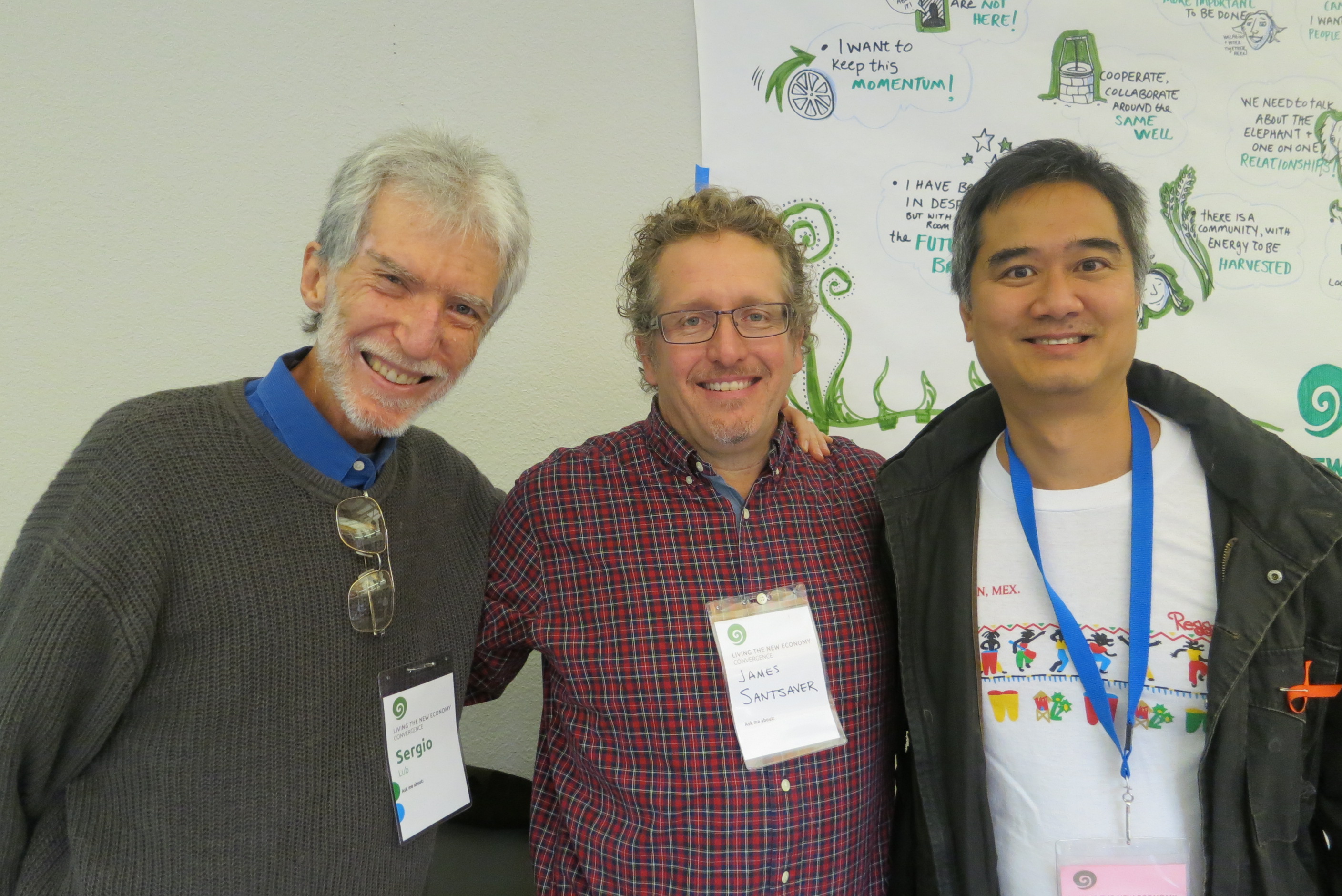 Though the convergence was similar to typical conferences, there were noted differences. Each day began and ended with an opening and closing circle and posters peppered the common areas, asking questions such as, “What does the New Economy mean?” and allowing space for participant responses. The emphasis on community building was obvious.

“I think opening up with people interacting with one another and then addressing the elephant in the room made for really honest conversations,” said Carla Bagdonas, one of the organizers of the convergence. “It felt like a community gathering as much as a conference.”

The elephant in the room according to Bagdonas is social justice and diversity, and where conversations about the new economy intersect with conversations about economic, racial, and social justice. The organizers of the convergence were aware of this and by no means skirted this concern – they walked straight at it. The second breakout section of the convergence was titled “New Justice,” where panels of speakers discussed equality and inclusivity; that thread stayed present throughout the rest of the event. 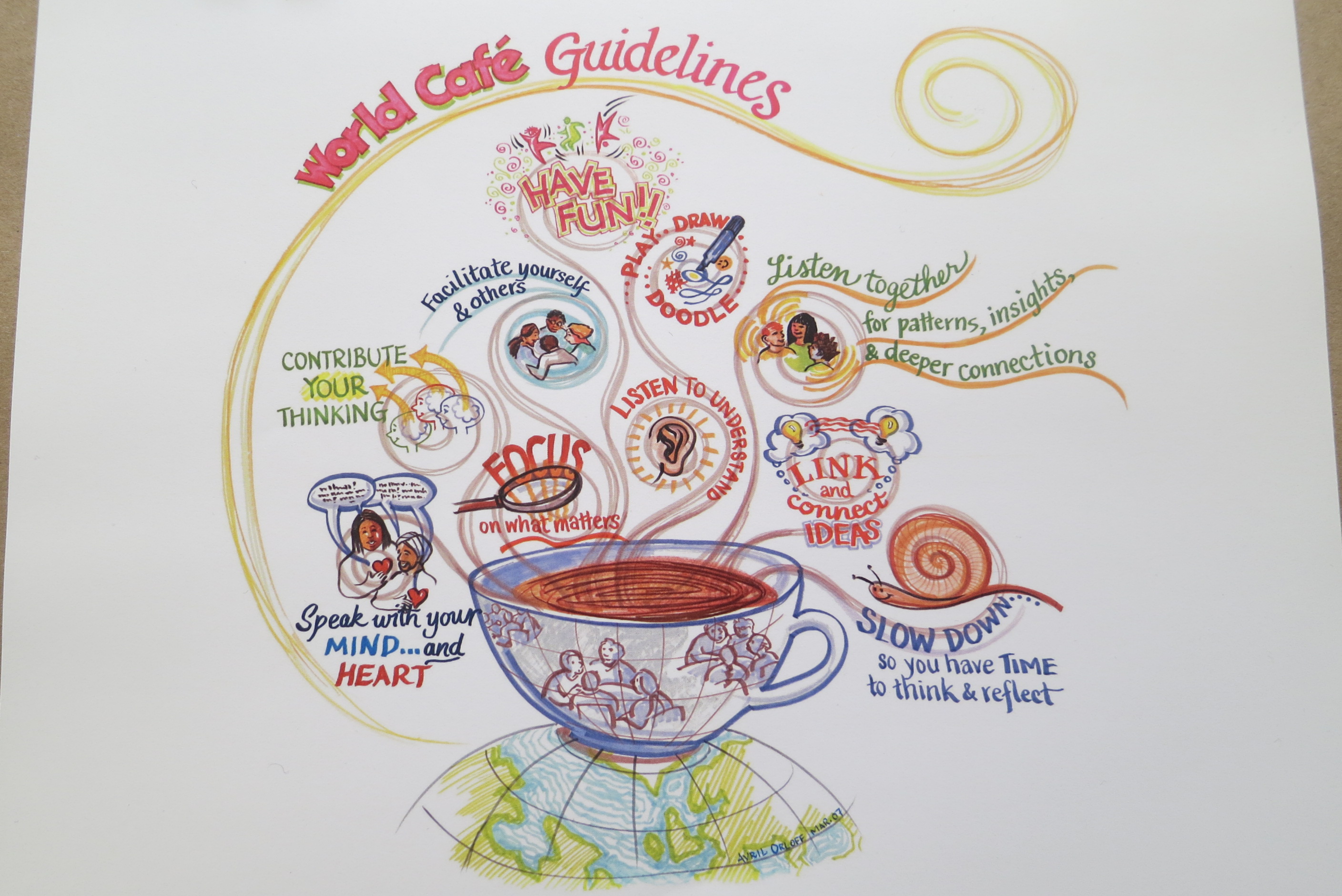 A poster at the event. Credit: Sergio Lub

Panel discussions continued around rethinking business models and financial alternatives, moving on on Friday to housing, land, and local manufacturing. Couches and chairs in the common areas were frequently filled with participants having their own conversations outside of the formal presentations as well.

The Bay Area convergence was modeled after the first LNE Convergence in Vancouver in 2012. Kendra Shanley, the head organizer of the convergence and co-founder of Bay Bucks, attended the Vancouver event and was deeply inspired.

“I knew as soon as I went to the Living the New Economy Convergence [in Vancouver] that I wanted to bring it here,” said Shanley.   "There are projects here to point to."

Many of those projects were brought to light through the two-day hackathon over the weekend. The rainy Saturday morning brought a packed house and 26 pitches for projects that fell in line with new economy values. 11 projects were selected for incubation, and over an intense two days they were workshopped, mentored, worked and reworked until the final round of idea pitching and judging Sunday evening.

Though the moniker “hackathon" may bring to mind techies and profit-driven enterprises, this event was anything but. Technology was still a large part of the projects, but the event emphasized people over product. Judges examined if the proposals were community oriented, regenerative, and democratic, and the pitches more frequently used the word “co-op” than “competition.”

“It's a very community focused hackathon,” said Rani Croager, one of the judges and co-founder of Optima Business Bootcamp. “It's very interconnected, very interpersonal.” 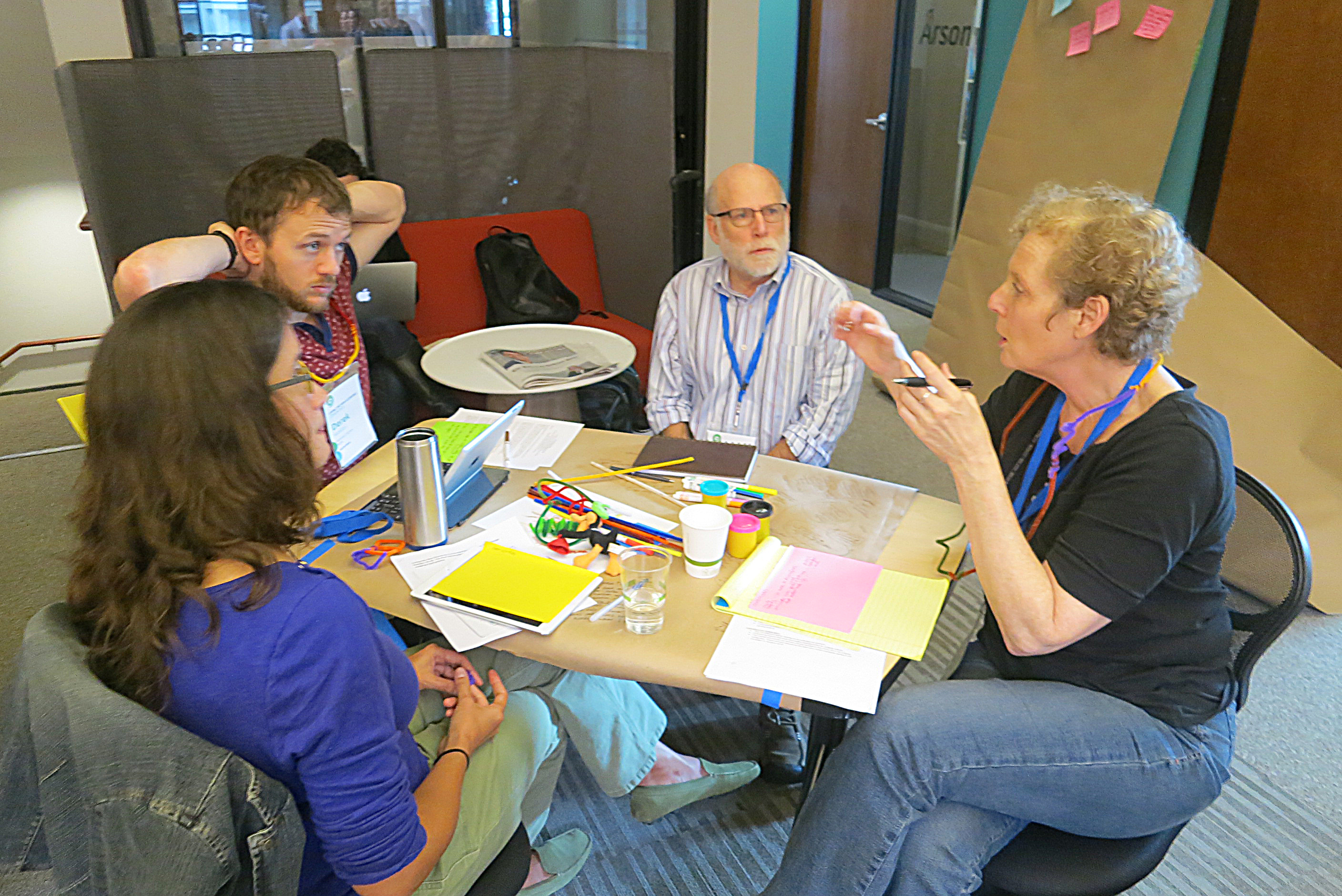 Still, in traditional hackathon form, there were winners; the grand prize went to a project called Global Worming, which will help link up local producers of organic waste – such as restaurants – with local people and gardens who want to use it. Not only will this prevent unnecessary transportation to and from far away waste facilities, but, says the project's founder Kourtnii Brown, this will get people to “trade in the commodity of trash.”

Brown's notion of sharing a local resource is a decently simple idea, really, being presented in a new way – and that's part of the beauty of the Living the New Economy Convergence. Many of the values are not so much radical new notions as old ideas being brought back to the forefront of society.

“Co-ops, bartering – they've been going on for a long time,” said Croager. “In our capitalist society, we've been moving away from them. The new economy is about moving back towards them.”

And above all, it seems to be about the interconnectivity, the collaboration, the unique human-ness of us all – and placing that at the center of our decisions instead of profit seeking and endless growth.

“The most heart-warming takeaway I had was the sense I got that there are so many more of us than I thought,” said Shanley. “It isn't easy to make the shift, but through these kinds of events, we can keep finding each other – we can do this. We can totally do this."

For more information about this year's convergence and those involved, visit www.bayareaneweconomy.org