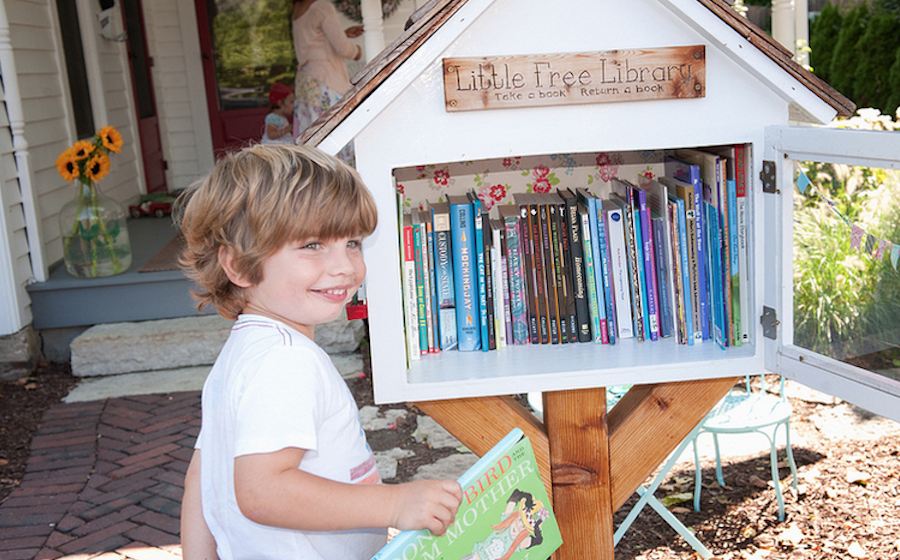 Margret Aldrich and her husband weren’t in the habit of spending much time with their neighbors. They would get home from work, pull into their Minneapolis garage, and head in the back door of their house without much interaction. That all changed with they built a Little Free Library. Within minutes of putting it up, people were coming over to visit.

“When we placed the Little Free Library in front of our house, it was instant,” Aldrich says. “The minute we had it in the ground, we had neighbors crossing the street and coming from down the block to stop by and tell is how great it was. People who I had never spoken to came over to chat with us.”

A lifelong book lover and the author of The Little Free Library Book, Aldrich seeks out Little Free Libraries both at home in Minnesota, and when she travels. On a recent trip to New Orleans, she attended a potluck for Little Free Library stewards where everyone shared a story of their library and what is has meant to their neighborhood. Everyone had a moving story to tell. 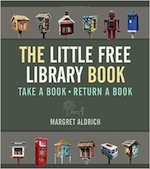 The overarching theme of the book is that Little Free Libraries draw out our innate humanness and connectedness, as well as a sense of joy. There are inspiring stories of stewards and Little Free Library communities from around the world.

The book highlights some of the most creative Little Free Libraries, including one that is an almost life-sized replica of Doctor Who’s TARDIS phone booth; one that is built like a classic movie theater; one carved out of a tree trunk; another in the shape of a lighthouse, and many more. As Aldrich points out, you can get lost in a Little Free Library wormhole on Pinterest, with libraries taking just about every theme imaginable.

Some library stewards—including Aldrich—leave guest books so people can connect with other library users, and some libraries have become neighborhood social spots, with storytime for kids, potlucks, and other neighborhood gatherings. Jay Walljasper, author of All That We Share: a Field Guide to the Commons, and editor of On the Commons, remarked to Aldrich that even if no one is there at a Little Free Library, you still feel a greater sense of connection with the neighborhood. In her research for the book, Aldrich heard from real estate agents that if there's a Little Free Library on a block, a house will sell faster because it just feels like a friendlier neighborhood.

“Often, there are book deserts where books aren't available,” she says. “Or maybe you’re a kid and your parent can’t get you to the library as often as you’d want to go. Little Free Libraries are just putting books in your everyday path.”

Little Free Libraries also partners with Books for Africa. An organization with a goal of ending the book famine in Africa, it gets a large amount of books donated to its program. It doesn’t, however, have a good place to put them in communities. Little Free Libraries are a great solution.

“It’s a natural partnership to team up with Little Free Libraries and build as many libraries as they need to house these books,” says Aldrich. “That partnership makes so much sense.”

Rooted in such a simple idea—basically a box of books that people can access and contribute to—Little Free Libraries have become transformational tools that reflect their individual communities.

“There are now 28,000 Little Free Libraries around the world,” says Aldrich, “and they each have a story to tell.”