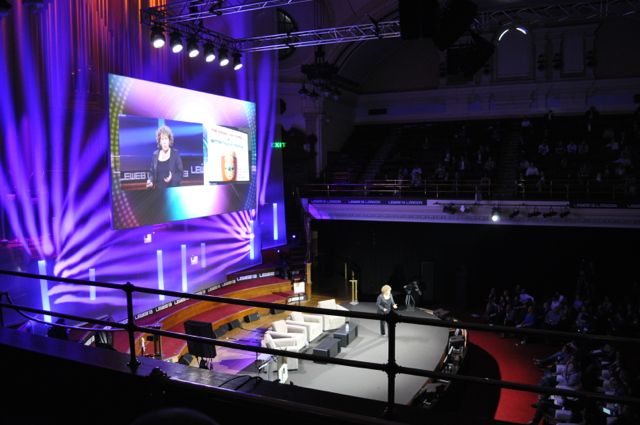 I was expecting the buzzing energy of a new economy, excited entrepreneurs, digital hippies and a mix of executives and academics interested in this whole "sharing" thing. Instead, I was met with the icy exterior of British culture – I kept smiling at people and they'd look away! And upon walking into the conference, I was also met by security guards at the bottom of the staircase, frantically scanning badges with a black light to protect against fraud. I was starting to feel that this was more of a show than anything.

Nevertheless, my interest was in staying up-to-date with the sharing economy for the book, It's a Shareable LIfe that I'm co-authoring as well as connecting with others pushing the movement forward. Thus, I snapped myself out of the fact that I wasn't in Kansas (read: San Francisco) anymore and looked for familiar or interesting faces. Upon arriving to the main hall at LeWeb London, I almost immediately bumped into Bernie and Yiannis, the tag team I was to collaborate on covering the conference with. They were a sarcastic, witty, immediately upbeat pair – As soon as I latched onto them, I felt a piece of my own hesitance drift away. 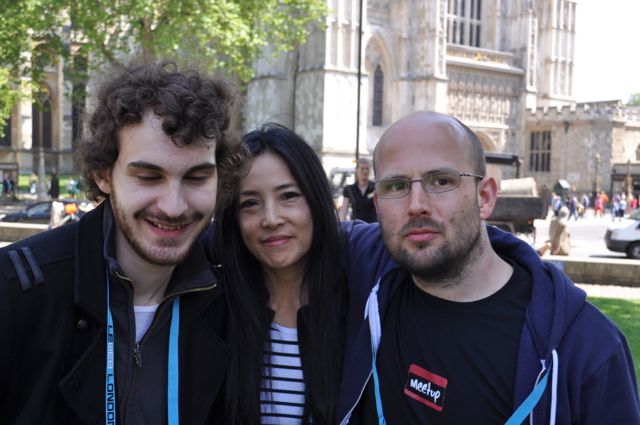 The sessions were good – nothing riveting that I hadn't heard before, but they covered the current state of affairs in the sharing economy. From the likes of Airbnb co-founder, Joe Gebbia to Larry Harvey, the founder of Burning Man – the main stage was jam packed with the movers and the shakers. And the audio visual technology was nothing short of impressive – you can see for yourself on the 38 videos recorded. Being at LeWeb was truly like being in a TV recording studio.

While I wanted to see more wholesome talks that offered unparalleled transparency and learning such as the session with Etsy founder, Chad Dickerson, many of the conference go-ers were "VP of Innovation" types that seemed to be having aha moments as taking peer-to-peer business practices and the ideology of access over ownership could really help their respective organizations stay current.

One of the most interesting talks, The Collaborative Economy: How People, Startups, and Corporations Build a New Market by Jeremiah Owyang of Altimeter Group shed light on the research they recently did that shows where the sharing economy is going as well as the impact it's having. For example, one shared car could conceivably reduce overall consumer spending by $1,000,000 given that one shared car typically replaces the need for 9 cars owned when all expenses are accounted for. Bernie and I caught up with Jeremiah later in the day to interview him for Sharing Economy Radio and you can listen to our podcast here. 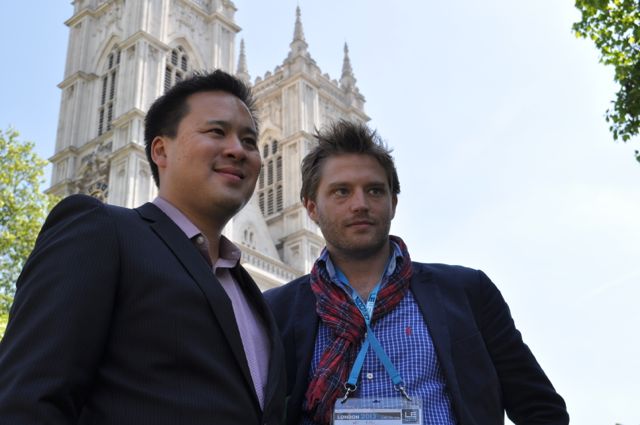 While I tried to give you my perspective on LeWeb as a whole – I can't leave you hanging without some highlight reels of the actual sessions.

My favorite talks of LeWeb 2013 were (click on the links to watch them below):

And the most popular talk of LeWeb 2013, according to YouTube traffic is The Pros and Cons of Bitcoin – so be sure to check that one out too!

One thing I wondered at the beginning of the conference was – where are all of the digital hippies? At one point, we went on a hunt for them and later caught up with Axelle Tessandier from Axl Agency, one of the headline speakers representing the hippies in the talk Why Digital Hippies Matter. We also caught her out on the lawn and recorded an off the cuff podcast of her here. 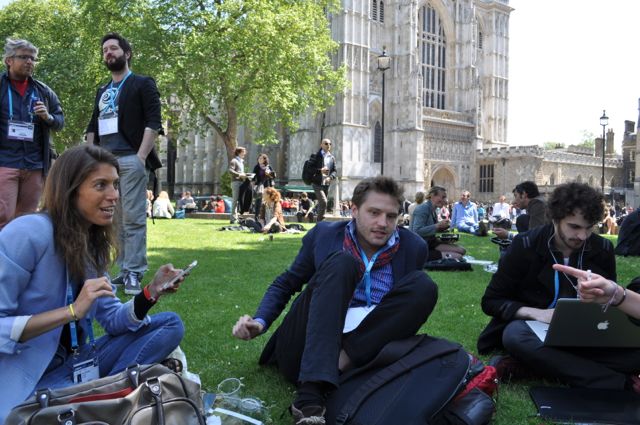 Fittingly, the last speech was given by the OuiShare founders – Antonin Leonard and Benjamin Tincq – who encouraged the audience to pay attention to what's happening in Europe as well as how to sustain the movement by building community between citizens, entrepreneurs and local governments.

What did I learn? Ridesharing in Europe is going gangbusters (BlaBlaCar has 3 million users and Liftshare does 100,000 rides a day in the UK alone) and there is more of a cultural precedence for sharing – so adoption seems to be faster. While most of the investment into peer-to-peer startups comes from the U.S., there are many European companies doing interesting things that sound impossible, like sharing leftovers! Shareyourmeal.net for example, has faciliated over 70,000 shared meals in the Netherlands and is now coming to San Francisco and New York City. And what about the digital hippies? While they were hard to find at LeWeb, I think they are a core user group of the sharing economy. I realize that the word 'hippie' might not work for everyone, but I believe the digital revolution is led by a new way of thinking – hippie or not.

In the end, I was satisfied. From couch crashing with my friends and the founders of peer-to-peer language translation software startup Babelverse to sharing a meaningful meal with the folks from OuiShare, my time in London was complete. Next stop – Casa Netural for some destination coworking in rural Southern Italy to scout the next location for Startup Abroad.

Chelsea Rustrum is the co-author of It's a Shareable Life, a practical guide to the sharing economy, as well as a consultant, speaker, connector, and practitioner. She both lives and

Chelsea Rustrum is the co-author of It's a Shareable Life, a practical guide to the sharing economy, as well as a consultant, speaker, connector, and practitioner. She both lives and works in the sharing economy, with specific interests in how the sharing economy can evolve into being a part of every day life through housing and peer-to-peer platforms. She's a digital native, a self-proclaimed digi-hippie, and an entrepreneur. She also founded several local event series, including the Sharers of SF and Hippie Hour as well as Startup Abroad, a live/work program for international entrepreneurs.