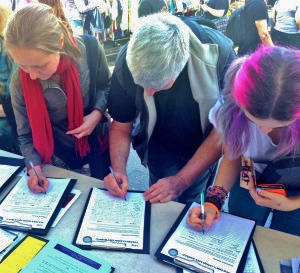 When Hayley Ortner moved to San Francisco to pursue a career working with tech workers with autism, she turned her car from a liability into an income generator by carsharing it through the app Getaround. She now earns enough money from sharing her car to cover her car payments and insurance, while still being able to use her car for errands and trips out of town.

When she heard about a new measure to reserve 900 parking spots throughout San Francisco for carsharing, she decided to get involved so that others in every part of the city could benefit like she and her carsharing friends have. She got informed on the proposal, and then started a petition on Peers.org using our new online petition platform, Peers Petitions.

Peers launched our online petitions last fall, when nearly 250,000 Peers Members signed a petition calling on New York state lawmakers to legalize homesharing sites like Airbnb. Since then, Peers members have lobbied their state representatives and delivered the hundreds of thousands of signatures to lawmakers. They also crowdfunded a newspaper ad telling New York homesharers' stories.

And other Peers members — from California to 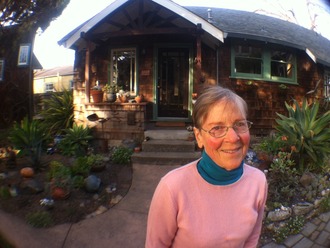 Virginia — have started their own petitions to support the growth and legalization of the sharing economy, as well. Through their petitions, they've been able to tap into a worldwide network of passionate Peers members who want to stand with them as they fight to legalize homemade foods in Virginia and Illinois, or change federal finance laws to encourage co-housing.

Sometimes the opposition to sharing our members encounter is active, and other times it's just governments and corporations being behind the times. But even the most entrenched private interests struggle to stand up to smart and passionate public organizing. After people turned out for ridesharing, the California Public Utilities Commission (CPUC) voted to make ridesharing legal in California, creating a new category of transportation. 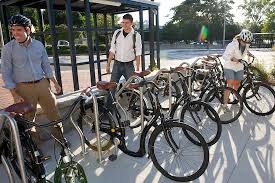 Check out Hayley's petition and the others that have been started at Peers Petitions — and consider starting one of your own! You can create a unique sharing campaign for your area or use our template to ask your mayor to start a bikesharing program in your city.

As Campaign Director at Peers, Cristina has helped grow a membership from scratch to over 250,000 people from list in six months, and supported campaigns to advance sharing as an

As Campaign Director at Peers, Cristina has helped grow a membership from scratch to over 250,000 people from list in six months, and supported campaigns to advance sharing as an economic solution for our century. She previously helped build the email program at Change.org, supporting 300 campaigns every month. Prior to that, she campaigned to eliminate nuclear weapons worldwide with Global Zero, mobilized Ohio voters in 2008, and promoted democracy and human rights in the Southeast Asian country of Burma. She’s a certified yoga teacher who doesn’t teach and her favorite place in the world is East Beach in Charlestown, RI.