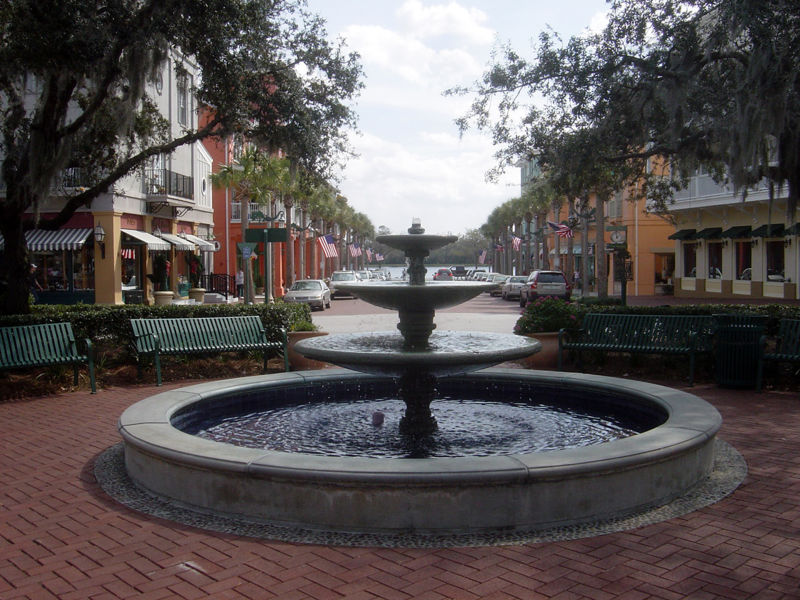 The US Green Building Council (USGBC) launched a new certification program, LEED-Neighborhood Development (LEED-ND), April of last year. What anyone reading their proposals, be it for a building standard, or now a neighborhood standard, must consider are the first principles that are not being discussed. One must be mindful that the building industry is behind these efforts and their livelihood is totally dependent on construction and development activities.

If you buy into the idea that a new building must be built and therefore is a better building if it accepts LEED standards, you have acceded to the essential point that the builder needs your affirmation of the project. LEED building standards are known in the industry to be the minimum requirements to make a structure relevant.

What is not required are utilization statements, how is the building being used? To what extent is it being occupied? The builder could care less. They are gone on completion. So by example, a school district could request a new LEED certified school in a neighborhood where the demographic doesn't support the need. An empty school is a waste regardless of the quality of its construction.

It is also a fact that market forces are driving the quality of new construction. Builders in an increasingly difficult market are looking for any edge in marketing their structures. Cost of operations is critical and drives techniques beyond the LEED standard. In building, the LEED standard is becoming irrelevant.

Now we have the cluster of buildings, the "neighborhood", the new focus of the group that brought you the building standard. The irony, not unexpected, is that at exactly the same moment that hundreds of cities are being abandoned, old and new alike, the USGBC posits:

I. The Case for Green Neighborhood Developments

As the U.S. population continues to expand rapidly, consumption of land grows exponentially—currently, three times the rate of population growth. At this breathtaking pace, two-thirds of the development on the ground in 2050 will be built between now and then. The way we grow—especially how and where we grow—will have a profound effect on our planet and on us.

Land use and neighborhood design patterns create a particular physical reality and compel behaviors that have a significant effect on the environmental performance of a given place. Segregated land uses accessed by highspeed roadways that necessitate the use of cars have been the predominant development pattern over the past 50 years. In the United States, transportation accounts for roughly one-third of greenhouse gas emissions, a large portion of which can be attributed to personal automobile use. Burning fossil fuels for transportation increases air pollution and related respiratory diseases. Automobile-oriented neighborhoods tend to be hostile to pedestrians and unsupportive of traditional mixed-use neighborhood centers. Sprawling development patterns fragment habitat, endanger sensitive land and water bodies, destroy precious farmland, and increase the burden on municipal infrastructure.

In contrast, by placing residences and jobs proximate to each other, thoughtful neighborhood planning and development can limit automobile trips and the associated greenhouse gas emissions. Mixed-use development and walkable streets encourage walking, bicycling, and public transportation for daily errands and commuting.

Green neighborhood developments are beneficial to the community and the individual as well as the environment.

The character of a neighborhood, including its streets, homes, workplaces, shops, and public spaces, significantly affects the quality of life. Green neighborhood developments enable a wide variety of residents to be part of the community by including housing of varying types and price ranges. Green developments respect historical resources and the existing community fabric; they preserve open space and encourage access to parks. Green buildings, community gardens, and streets and public spaces that encourage physical activity are beneficial for public health.

Combine the substantial environmental and social benefits and the case for green neighborhoods makes  itself.

Really? The dynamics of neighborhood are never so simple. The above might be a wish list but larger forces are at work. Many of the members of USGBC are part of the "New Urbanism" movement. Some research will demonstrate to anyone who wants to know that there is considerable resistance to carless neighborhoods. Drivers and shopkeepers want access to automobiles.

Many "neighborhood" projects that considered alleys as a means to increase accessibility were rejected for security reasons.

Nothing keeps an employer in place and the changing nature of employment opportunities has crushed neighborhoods in the past, be it a closing of a plant, a bubble burst, or the whims of corporate interests who chose to move.

It is also true that, despite thoughts within the Shareable space, we cannot legislate, or build-in tolerance of "other". The same forces that gutted the inner cities that the USGBC would like to redevelop may simply defy the ideal. There is more than enough available space on already built infrastructure to accommodate the "pressure" of growth. For whatever reason people have given up on Detroit, for example, despite its capacity to absorb demand for shelter. People don't want to live there. What USGBC is really promoting are new-towns a-la those already built by New Urbanists. Voters, who will have to approve the zoning and infrastructure costs to build such "New Neighborhoods", may be wooed with the LEED-ND standard. They are going to have to dig deeper and consider a much more complicated matrix of ideas before they sign on to such proposals.