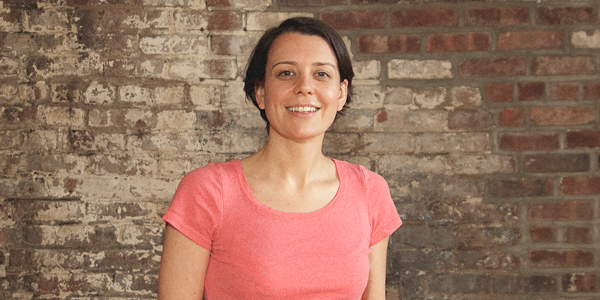 Brooklyn, New York-based crowdfunding platform ioby's nonprofit model is unique in the civic crowdfunding space. Since launching in 2010, the platform has grown steadily and established projects in several cities. This spring, with the help of foundation funding, ioby is opening offices in Cleveland and Detroit staffed with community organizers. Plans are also underway to open offices in Pittsburgh and Washington, DC this year.

We spoke with ioby founder Erin Barnes to find out why the nonprofit model works well for civic crowdfunding.

Shareable: How was the decision made to incorporate ioby as a nonprofit?

Erin Barnes: The very first crowdfunding platform in the world was DonorsChoose. It incorporated in 1999 as a 501(c)3. When founder Charles Best told me about it, he said it started when he was a social studies teacher working in the Bronx and knew that the norm was that teachers bought their own school supplies when they're teaching in lower income school districts, and so he started this platform.

Really if you think about where the internet was in 2000, he was really ahead of his time. Facebook hadn't been invented yet. There was really no multi-user login sites. This was pre-blogs, right? He was really thinking about this as a solution to a funding issue. I think he just happened to use the internet as a tool for donation collection. They're the very first crowdfunding platform, but they, at the time, called it online-micro philanthropy.

Then in 2004, Kiva launched as a nonprofit also. They're incorporated as 501(c)3 but they do their disbursements through micro-finance institutions.

When ioby started, we were actually following in the footsteps of these two great organizations that we had admired for a long time and wanted to apply the same type of framework but to solve a different type of social problem. For us, the idea of becoming a nonprofit seemed like it was the one that had the most proven track record and the one that fit our mission-driven framework.

I would say one of major of advantages of us being a 501(c)3 is that we're able to extend the 501(c)3 status through fiscal sponsorship to support grassroots work that's often operating in not-incorporated groups.

This was really part of our founding initiative. The US Forest Service had done all this research in 2007 on the grassroots groups that stewarded open green space in New York City. They inventoried these groups, and they found that about seventy percent of them are volunteer-run and more than half had annual budgets of less than a thousand dollars.

Our interest was in supporting this civic vanguard in this grassroots, mobilized network of people who just were responding to the urge to protect and care for open spaces and public spaces in cities. By being able to extend our 501(c)3 status through fiscal sponsorship, we're allowing those groups a couple different things.

One is their donors can write off their donations to those projects. The other is the groups don't have to feel forced to incorporate because they can use ioby as a fiscal sponsor up to a certain point so they don't have to have that urge to incorporate. They can stay unincorporated for longer periods of time or possibly even consider incorporating in a different way.

Then I guess the third part is, and I think that this varies depending on groups, so I would say some groups have said that being able to operate under ioby's fiscal umbrella has, in some ways, legitimized their work in the eye's of some of their potential donors or supporters. It's about people's perceptions of where they're putting their funding or who they're throwing their weight behind.

Have there been any negatives about being a nonprofit? If so, how do you overcome them?

I think the main part is that since we've founded ioby, we've grown up in a world where crowdfunding is a much more popular tool than it was when we were envisioning it. So as a nonprofit, we don't have the same access to capital that some of our other for-profit platforms in the field do, and so I feel like it's been harder for us to grow and scale up. At the same time I think, because we don't have the financial stakeholders at the center of our work, we're able to be more intentional about actually building a platform that's responsive to users' needs and actual community needs.

What other revenue sources have you been able to access as a nonprofit?

I think we've had the most amazing foundation partners that you could possibly imagine. The funders who've supported us have been just incredibly supportive and smart and really willing to try something new with ioby. We're definitely like an out-of-the-box solution, and so we've had incredible funding partners from some of our earliest New York City-based funders, like the Mertz Gilmore Foundation and the Overbrook Foundation who've been just incredible visionaries in their field, to today where we have support from great, great people inside the Kresge Foundation and the Ford Foundation, the Knight Foundation. I think in a lot of ways those philanthropic dollars also come with a lot of experience in the field and a focus on the same types of equity issues that ioby's focused on.

Tell me a little bit about the expansion. You're launching offices and staff in Detroit and Cleveland this spring and Pittsburgh and Washington, DC, later this year. Why is it important to have boots on the group in these cities?

That's a great question, and I think the answer is different for every single one of those cities. In each city we've done a what we call our phase zero research where we listen to leaders at the neighborhood scale and understand more about what the actual needs are in the community. Depending on the place, a lot of the reason why we might opt for having a staff person on the ground usually is about building trust in communities where there's long histories of disinvestment and being able to play a role face-to-face in communities where there might be issues of a digital divide.

The other part of it, too, is, I think, in a lot of places, ioby plays much more of a role than just the simple transactions of providing funding and other support, like one-on-one to each group. But ioby also plays, I think, an important role in these cities to act as a convener, connecting different ioby leaders peer-to-peer to build a stronger network inside of the communities. That's a huge part of what we're planning to do in Detroit and Cleveland.

What is the plan to carry on this work after the foundation grants run out?

We actually really want to leave that reliance on foundation support. That's another reason why we decided to follow in the footsteps of the DonorsChoose business model for the last six years or so. They've been entirely self-sustained by earned income through their platform. When we founded ioby, we actually founded it in the same business model, in the hopes that our independence from foundation support would help us weather the tides, the ebbs and flows in funding cycles and key areas of focus. When we started ioby in 2008 there were some really difficult financial times for everyone in philanthropy. There was a lot of reduced funding options. I think ioby's designed to be a place where we can fill in the gaps of different funding ebbs and flows, and so it's even more important for us to be separate from other more traditional sources of funding in that way.

How specifically are you hoping to achieve that?

Besides being a nonprofit, what's unique about ioby in the world of civic crowdfunding platforms?

Well, I think one of the biggest things is that we're completely invested in actually seeing these projects through to implementation. We want to use ioby as a tool to disrupt the way that decisions are made for communities especially in communities that there are a disproportionate number of problems and have fewer resources to address them. So we're really interested in putting residents at the center of decision-making by using scale small neighbor funded projects as a tool for bringing the attention of projects, doing demonstration projects, and making real, quick, fast change in a way that's really visible to the rest of the community.

When we're working with groups, we provide hands-on training and support to any leader that wants or needs it, being accessible to every group that works with us. We also connect leaders to practitioners and experts in the field who can help support them around implementation. A group might have a great vision to activate a vacant lot in their neighborhood and raise the funds to do so, and then realize that they might want to test the soil for lead. Or they might realize that they actually don't know who the property owner is or not know exactly how to get a permit to do their work, and so ioby works to connect those leaders with the person in their city who can help them find those answers.