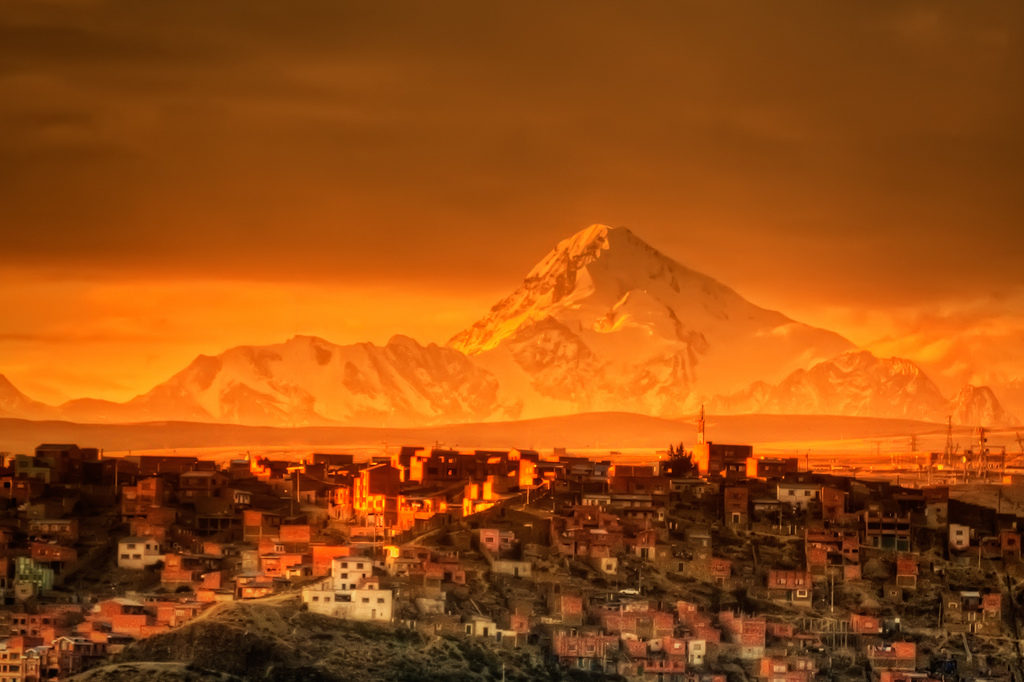 Gustavo Soto Santiesteban is a writer, semiotician and consultant on indigenous rights at Bolivian universities. Article is cross-posted from The Wealth of the Commons. Photo credit: szeke.

Silke Helfrich: Buen Vivir or Vivir Bien (good living or living well in English) is an expression that has made its way into the constitutions of Ecuador and Bolivia, and has become an expression that summarizes an alternative project for civilization. Portuguese sociologist Boaventura da Souza even took up the slogan, “China or Sumaj Kuasay,” 1 which is not self-explanatory. Can you help explain it?

Gustavo Soto: Suma Qamaña, Sumaj Kuasay,  and Sumak Kwasay are Aymara and Quechua expressions that translate into Spanish as Buen Vivir/Vivir Bien. They are reused in the construction of a discourse that speaks of a horizon of purposes alternative to the current state of affairs, one that is neither “ 21st century socialism” 2 nor “Andean-Amazonian capitalism.” 3 I think Buen Vivir is a proposal aimed at making visible and expressible aspects of reality that are ignored by the dominant paradigm. It is a proposal from a radical and spiritual perspective of ecology, and is logically incompatible with development and industrialization. It speaks of the possibility of living in common, for which the very concept “development” 4 is not only insufficient, but mistaken.

Javier Medina, a philosopher dedicated to Andean studies, writes: “There is always more in reality than one can experience or express at any given moment. A greater sensitivity to the latent potential of situations, assumed as a sort of broader social paradigm, may encourage us to think about things not only as they are, in the Newtonian paradigm, but also in terms of where they are heading, what they may become” (quoted in Soto 2010). El Buen Vivir/Vivir Bien is the name given to something that is like a new principle of hope grounded in ancestral practices of indigenous communities in the Americas.

So, it is not surprising that Bolivia and Ecuador are the two countries where the debate on el Buen Vivir is most alive. In Ecuador, 35 percent of the population self-identify as indigenous, and in Bolivia, 62 percent. In a take on the topic, Bolivia’s ambassador in Germany, Walter Prudencio Magne Veliz, his country’s first indigenous ambassador, said: “An indigenous person thinks more like a ‘we’ than as an individual ‘I’.” What does that “we” encompass?

Suma Qamaña implies several meanings manifested in community life: the fact of animals, persons, and crops living together; living with Pachamama (“Mother Earth” — the water, the mountains, the biosphere) and finally living together with the community of ancestors (w’aka). It is a community practice that finds organizational expression in the ayllu, which articulates this “economy-life” in the chacra — the rural agricultural space where reciprocity predominates. It is evident that these enunciations are made from the commons, from the community, from the first person plural, and not from “me,” from the individual. Strictly speaking, the “individual” without community is bereft, orphaned, incomplete.

We find these ideas in many different cultures. It’s not just one or the other. Things are not separate, but interrelated. Therefore, Javier Medina, a Bolivian philosopher who is one of the most literate interpreters of the idea of Buen Vivir, says it is a display of intelligence that “we Bolivians want to have the State and also want to have the ayllu, though they are two antagonistic magnitudes….” And he continues: “Our problem is that in not picking up on the civilizing nature of both, we confuse them, provoking the inefficiency of both.… At this point…, let’s not have any more real State: follow the liberal Third World simulation, nor more real Ayllus: in their place, docile social movements.” 5 In your opinion, does the ayllu persist in contemporary Bolivia? Do they have like a “physical-social embodiment”?

The indigenous ayllu, at the “micro-level,” at the local level, persists in the Bolivian altiplano. It is founded on reciprocity more than on the market; on cultural identity more than on homogenization; on decision by assembly more than the electoral mechanism; on its de facto autonomy and its relationship with the “territory,” which is not the “land” — factor of production — but rather precisely the totality of the system of relationships.

Your description of the ayllu is reminiscent of the concept of commoning, which is discussed so much in this book and which expresses much better than the term commonswhere the heartbeat of the debate lies. Both el Buen Vivir and commoning can only be thought of in their specific social context and as a social process. Indeed, it seems to me that both are more systems of production in community and at the same time they produce community.

Yes, the ayllu is much more than a “unit of production”; it is a system of community life which, if you will, “produces” community first. This has been possible precisely because the successive projects of the nation-state have, relatively speaking, failed to assimilate them.

In essence, what’s the difference between the Andean conception of el Buen Vivirand Western thinking?

Medina situates it in a schema which of course generalizes and is disjunctive, thus it is far from being an adequate case of complex thinking; it’s like a map, which should never be confused with what happens in the territory itself. Between the poles there is obviously a long continuum. 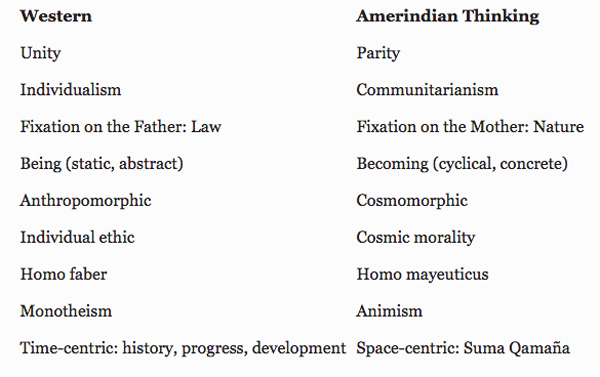 It refers to that way of living engaged in dialogue with the complex system of relations that is Nature. Nature is conceived of as a living being and not as a thing of which to make other things, and so it demands great interpretive skills. The interpretations are transmitted through oral expression, everyday experience, the creativity of textiles, ceramics, musical instruments, festive ritual — in sum, through an integral technical/cultural system.Homo mayeuticus?

What is the sociopolitical reality of the country in which this debate is unfolding?

Even though the new Constitution of the Plurinational State of Bolivia has been printed, that doesn’t mean that the practices and meanings described previously will be carried out. To the contrary, the horizon of popular expectations is set forth in the 2010-2015 program of the Movimiento al Socialismo, MAS, which won the 2009 elections with 64 percent of the vote. That program continues being neodevelopmentalist and extraactivist. It articulates the Bolivian economy to the global capitalist interests of the 21st century (USA-EU+BRICS) expressed in megaprojects 6 of energy, road-building and extractive industries. This agenda is encapsulated in the IIRSA (Initiative for the Integration of the Regional Infrastructure of South America), recently relaunched in its second phase by the BNDES, the National Development Bank of Brazil.

… an initiative that relies on what Eduardo Gudynas, the director of the Centro Latinoamericano de Ecología Social (CLAES), calls “neo-extractivism.”

Exactly. And this strategy fosters the violation of the rights of Pachamama and of the indigenous peoples — and the democratic citizen rights of informed participation in decision-making. El Buen Vivir is not by any means a public policy that takes us towards that alternative horizon. Nonetheless, the complaints and resistances of indigenous communities against mining 7 and oil projects, and mega-infrastructure projects geared to global and not local interests, suggest that not everything is lost in the process of change that Bolivia is undergoing. The communitarian logic that also exists in the Bolivian Amazon region is keenly expressed in the current eighth Indigenous March led by the communities of the TIPNIS (Indigenous Territory and National Park Isiboro Sécuro) and supported by the entire Bolivian indigenous movement (Amazonian and Andean). 8 The goal is to save a unique ecosystem of the region, a way of life, to shine a light in practice on the post-developmentalist horizon for the 21st century, and which gives content to el Buen Vivir. 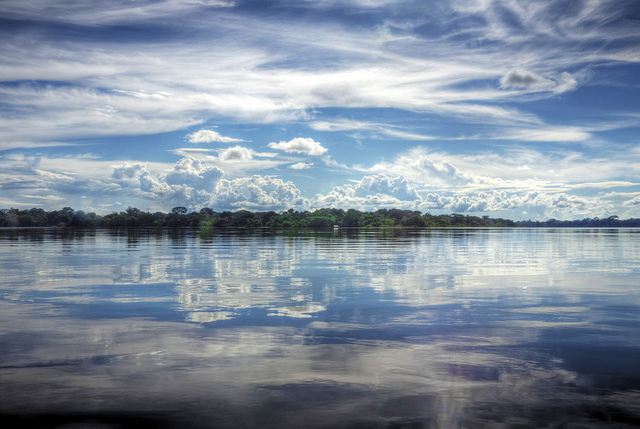 In the debate on the commons, I generally defend the slogan “beyond the state and the market,” which does not necessarily mean “without state and market” — for we need a state that expands our spaces for community life. 9 How would a state act whose mention of Suma Qamaña were more than symbolic? What do you expect of the state in relation to el Buen Vivir?

I think that the expectation of a new Constitution of the “plurinational” state was precisely an expectation that the principles of Vivir Bien would be translated into public policies. Nonetheless, the obstinate illusion of modernity 10 continues to be the dominant grammar of the exercise of power in Bolivia. Indeed the concept of Vivir Bien has even become trivialized in official propaganda: “Oil exploration to live well [para vivir bien], hydroelectric plants in the Amazon to live well [para vivir bien],” etc.

It is not a “betrayal” by the Morales administration but the expression of a historic mentality. Let me try to explain: The “revolution of 1952” 11 promoted the transformation of the indígenas into campesinos, through mixing, the use of Spanish, individual land ownership and themarket, and the state-peasantry pact (1952–1974). That process had advocated modernization and national development by diversifying production and the industrialized exploitation of the natural resources in the hands of the state. The failure of that nationalist process led to the modernist neoliberal period, which was defeated by the popular insurgency of 2003. Nonetheless, in the last five years, the increase in international raw materials prices has given new life to the illusion of development based on the old nationalist extractivism.

Buen Vivir seems to me both strange and familiar. Foreign because of the innumerable references born of a different culture and history. And familiar because it makes me think of commoning. Massimo De Angelis writes: “To turn a noun — commons — into a verb [commoning…] simply grounds it in what is, after all, life flow: there are no commons without incessant activities of commoning, of (re)producing in common. But it is through (re)production in common that communities of producers decide for themselves the norms, values, and measures of things.”

Louis Wolcher also reminds us that speaking of the commons is not the same as speaking of conflicts over property rights. Rather, it is about “people expressing a form of life to support their autonomy and subsistence needs.” In brief, “taking one’s life into one’s own hands, and not waiting for crumbs to drop from the King’s table.” Or from the table of the nation-state. At the same time, he fears that in the western world we are in an unlucky position, because “we no longer have cultural memory of another way of being.”

This (re)surgence of social theories and horizons that engage in dialogue with the alternative initiatives and quests of the “first” world is very interesting for Latin America. During the 20th century, for example, the discourse, organizational forms, strategies, and vision of progress or “change” — if you want to call it that — drew on the “lessons” of European social and political processes. Now, on this Amerindian side, they drink from the communitarian fountains of the Americas which, we always forget, also inspired the first European utopians. Yet, as you say, it is not just a question of discourses but of practices which, for different reasons, have withstood centuries, and that are the condition that makes it possible to build another truly inclusive social order, one that is for everyone. It is not at all simply a question of Indigenous Areas or Protected Community Areas. What is needed is a change in paradigm.

Silke Helfrich is the primary author of CommonsBlog and the editor of three books, most recently Who Owns the World? The Rediscovery of the Commons. She is the

Silke Helfrich is the primary author of CommonsBlog and the editor of three books, most recently Who Owns the World? The Rediscovery of the Commons. She is the former Director Heinrich BÃ¶ll Foundation's Regional Office in Central America, Mexico, Cuba.