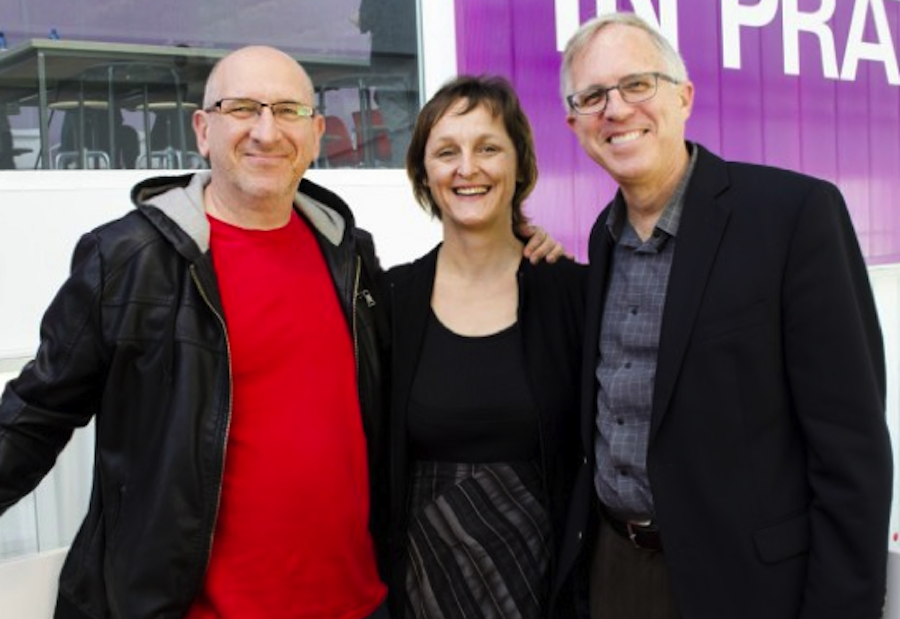 Please share with Shareable. DONATE today to support our ad-free coverage of the real sharing economy

David Bollier is a policy strategist, activist, and a leading voice in the commons movement. In a new book, Bollier and commons activist Silke Helfrich, both members of the Commons Strategies Group, collaborated to underscore the fact that commons are not things, resources or goods; they are social structures, processes and patterns.

The second book in a planned trilogy, Patterns of Commoning is a collection of more than 50 essays written by activists, academics, and commons project leaders from 20 countries. Topics include alternative currencies, open source farm equipment, community forests, co-learning commons, theater commons, mapping projects, urban commons, digital commons, and more. As Bollier points out, “the primary goal of Patterns of Commoning is to show the great scope and vitality of commons initiatives around the world.”

Shareable spoke with Bollier about the book, the future of the commons, and how we can transform ourselves into commoners. Here are the highlights of our conversation.

Shareable: In the book, you and Silke focus on what is described as the consciousness of thinking, learning, and acting as a commoner as the heart of the commons movement. What does this mean to you?

David Bollier: It means breaking down some of the dichotomies that we take for granted, such as between public and private, between collective and individual, between rational and nonrational. In the commons, they start to blur

You have to start talking about the commons as this organic whole, and not as this machine you can break down into parts or dissect. It’s a living organism and that’s precisely what needs to be studied: its aliveness.

Conventional, modern science refuses to explore aliveness, and instead has a lot of reductionist categories that don’t really get to the essence of, not only what it is to be a living human being, but a living human being on a living earth. I think the commons wants to speak to those kinds of concerns and, not surprisingly, it won’t fit into a lot of the conventional, intellectual boxes that academics, in particular, like to use.

A point in the book that I find very interesting is that policymakers and experts can’t design and build commons in a top-down fashion and expect them to thrive. Commoners must do this work themselves. What distinguishes an organic commons from a manufactured one?

The institutionally sponsored commons cannot have the same bottom-up sense of commitment, ownership, co-creation. To that extent, they will be subjects in somebody else’s drama with outside directors, as opposed to expressions of a creative upswell from people themselves, that serves their interests, their needs, their inner lives.

Institution are notoriously unable to speak to or express people’s inner needs and yearnings, but I think commons can and do. That’s really the essence of the aliveness I was talking about. Commons have their own self-replicating energy and enthusiasm and, sometimes, flashes of grace. That’s quite special. It’s all wrapped up in the fact that a commons is a unique social, historical, cultural phenomenon that lives in that moment, that expresses people’s real needs.

This is a far cry from the resource-allocation type of analysis that some people try to understand commons through. Which is not to say that some of those resource analysis issues don’t matter, I’m just saying that they’re not the whole story.

There’s an interesting notion in the book that there are few parts of life, or production, that could not be structured to work as a commons. Over the last two books, you’ve presented an amazing spectrum of commons projects. What would a commons-based economy or world look like to you?

There’s a whole lot of life experiences that are, frankly, contingencies, that we can’t predict. There’s a whole developmental process that I think has to unfold and emerge to make those kinds of predictions.

That said, I do think that this is not a matter of some central authority designing it, and then getting the appropriation, and then building it. I think this is more of a biological, or evolutionary, developmental process. A lot of smaller scale principles and dynamics will be animating it.

That’s the great unfolding and drama we have. Some people say we have to scale the commons, but it’s been pointed out that the word scale is truly a term of hierarchy. I think it’s going to be more a matter of replicating and federating. That’s a different structure because it retains the integrity of local embeddedness and commitment, but it nonetheless asserts a broader solidarity and support.

We see this on the Internet, where you have all sorts of different digital tribes. There’s no central authority. Although sometimes you do need those infrastructures to help move to the next level.

What will hold a lot of it together will be a certain ethic and culture which is emerging and starting to find each other. If you attend any gathering of a lot of practitioners, activists, and commoners, there’s usually this buoyancy and pleasure in finding each other and learning about each other… Despite being in different domains, they share a lot of ethical principles and cultural concerns.

It allows you to capture the real human complexity of it instead of collapsing it into reductionist categories, or models that don’t really get at the animating forces. I don’t want to be either/or about it. There’s of course a need for a lot of academic scholarship about the commons. At the same time, there is a richer reality than some model-building can capture.

There is a sweet spot between raw anecdote and excessively abstract models. Patterning is a way to capture some of these recurrent forms, but it’s from the bottom up as opposed to an intellectual imposition on the reality.

Silke, in her chapter in the book, tried to suggest what it would look like in the sense that you would get certain themes that could jump out and then recur, that emerge from experience. For example, there are certain themes: How does one protect the commons? How does one create certain legal or social systems to protect it?

Another pattern might be, how do you become self-aware of the commons itself? How do you make those invisible dimensions of commoning more visible? Silke was just trying to identify some of these thematic patterns that are like the golden threads that go through a lot of the stories in our book, that pop up recurrently.

We need to start training ourselves to see some of these patterns and start to understand the inner function of the commons in more sophisticated ways, and more realistic ways than simply rivalrous and exclusivity and so forth, which is part of the economic framework of analysis.

This is the second book in a planned trilogy. What’s the third going to be?

The next book, which we’re still in the very, very early stages of, is, What does this mean in the larger macro dimensions, for policy, for economics, for the state?

This book focused on the inner dimension of commoning and the lived reality at a smaller scale. Now we want to look at some of the macro implications and see, how might law have to change to accommodate the commons? How might the role of the state need to be changed to allow for a commons-centric society? What does this mean in terms of international relations? That’s what the third book will be.