In Vancouver, shipping containers are the new tool libraries - Shareable
Skip to content 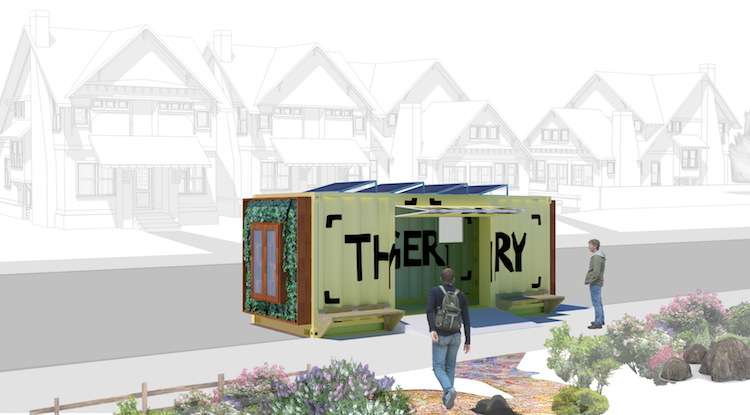 This spring, Vancouverites may find renting a set of camping equipment as easy as borrowing a book from the library. The Thingery project is a recent initiative launched by Vancouver Tool Library founder Chris Diplock. The first Thingery pilot project was carried out in summer 2016, and Diplock reached agreements over the following months with the city of Vancouver, a local credit union, and various neighborhood groups to bring the idea to life.

A Thingery, as described on the project’s website, is a self-service, “community-owned library of things” housed in a modified shipping container. Items, which can include tools, sports equipment, and cooking supplies, are donated or bought collectively by Thingery members. Borrowers reserve the tools online and pick them up through an access code system. Members pay a $50 one-time lifetime membership fee and a subsequent $29 annual fee for access to a world of tools. Some tools also carry small borrowing fees, although many are free.

One of Diplock’s goals was to bring the concept behind the tool library, which he founded in 2011, into more Vancouver neighborhoods. In a city that’s so vastly spread out, getting to a single tool library location isn’t feasible for many Vancouverites. “We wanted to have [something like the tool library] on the scale of a lending library, with multiple branches and the tool library could not scale at that rate,” Diplock says. “What we’re trying to do is put [tool library-like facilities] directly in the neighborhoods and make them self-service.”

Diplock says the level of buy-in from communities has been a motivating factor. “We’re grateful that we have this much interest from the community.”

He says the project is still too new to have a detailed profile of its users and potential users. “We don’t yet have a real snapshot of who our borrowers are, but we’re expecting a wide range of people, given that space limitations are an issue for many people. A lot of the apartments and condominiums people live in are fairly small, so there’s an appetite not to own equipment that would take up space.”

The first Thingery opened on Dec. 2 in New Westminster, and four more Vancouver-area locations are in the works, scheduled to open in early 2018. Each Thingery is owned and maintained by its own neighborhood-based co-op, which also organizes donations and group purchases. Julia Hulbert is on the board of the Kitsilano Thingery co-op, which oversees a Thingery expected to open in February of next year in Kitsilano near downtown Vancouver. 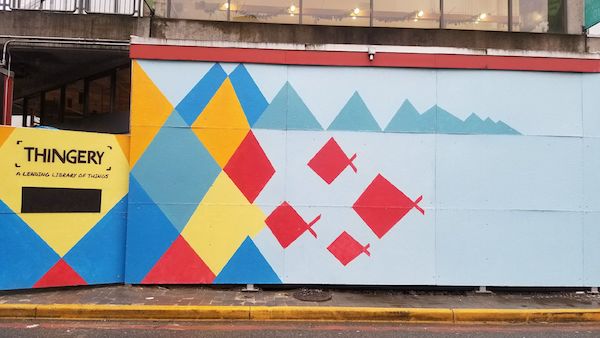 “We have no place in Kitsilano where you can just go rent some tools or camping gear, and there’s a profound need for that,” Hulbert says. “You have students, young families and other people in small apartments who just don’t have the space for a volleyball net or a camp stove.”

Hulbert, an urban studies graduate student, says the Thingery’s usefulness goes deeper than providing families with camping equipment on loan. “This was something I stumbled across on Facebook and I thought it was a really awesome premise,” she says. “What drew me to it was the idea of building my own community in Vancouver. The sharing economy has a lot of potential to bring people together and help form new personal and community connections.”

Hulbert and her fellow board members are hoping to organize regular community programs at and around the Thingery. A beach cleanup is scheduled for early spring as part of the group’s membership drive, and more programs are in the works. “In a few years, I would love to see the Kitsilano Thingery have 500 members and great community programs and strong partnerships with community groups,” she says. “I can see the concept spreading across Canada as a way to bring the localized sharing economy back to neighborhoods.”

“Once we get started, I’m hoping to take out a bocce kit, and definitely an extra set of snowshoes,” she says. “A Thingery membership is $50 for a lifetime membership, plus $29 per year, and a set of new snowshoes is about $150 and can be rented multiple times a year. It’s really easy to get your investment back. It’s also great to be able to borrow high-quality equipment, instead of buying cheaper equipment to save money and then having that equipment wear out.”

Diplock and Hulbert would like to see the concept spread across the region, and potentially much farther. Diplock says he has already heard from people interested in establishing Thingeries outside of Vancouver, notably in surrounding municipalities and in Alberta. “It’s great to know that we’re building something that’s scalable for local communities,” he says. He urges anyone interested in establishing their own neighborhood Thingery to get in touch through the project website. “If it can work here in Vancouver, it can work almost anywhere.”

All photos courtesy of The Thingery