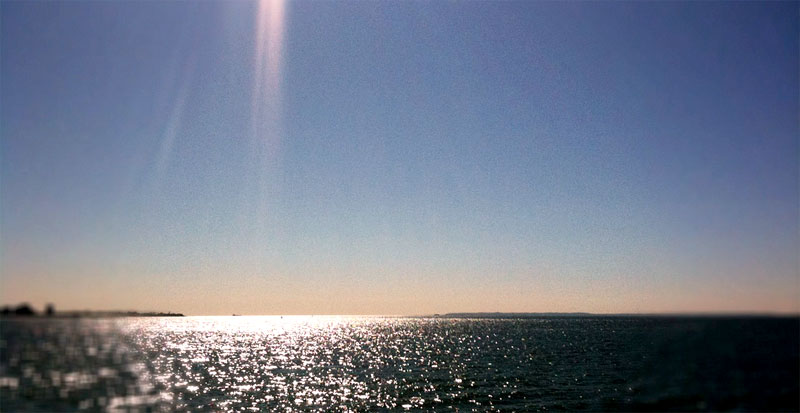 For the last six months I’ve been involved in an interesting experiment: what if I lived with less than 100 things and started to live and work from anywhere?

In August of 2009, I quit my job and jumped on a plane to Portland Oregon with all of my stuff (less than 100 things) on my back in order to figure out if my dream was possible.

The surprising truth is, it’s a lot easier to live your life when you give up the stuff addiction.

Since my first plane hop in August, I’ve traveled back east via Seattle, and Chicago, back to Brooklyn at minimal cost to myself. In May I’m heading to San Francisco.

My living expenses are now minimal to what they used to be. I don’t need to sign a lease on a big house, or even a sizable apartment, because I don’t need one. Because I didn’t need an immense amount of money to continue surviving, I’ve been able to figure out how to leverage the Internet as my primary source of income — an income which is rapidly growing beyond what I made when I had a day job at New York Magazine. This has lead to more flexibility in where and how I can travel.

Did I mention that I don’t work more than 20 hours a week? And that’s quickly becoming less and less.

I estimate I’ll be able to write two stories a week and make a low 6-figure income by the end of the year. I can’t imagine what I’ll do with all of that spare time, but I imagine it’ll be pretty cool.

The shareable resources are available to live with less, and travel whenever you please. Whenever I needed a car (like when I went up to Seattle last year, or when I went to visit my friend last week in Washington Heights) I call a Zip-Car with my iPhone and quickly have a low-cost car rental whenever I need. I work in coffee shops and when I’m traveling I sleep shared hostels. I visit with friends across the country for shared meals.

The truth is, it’s much easier to live with nothing and borrow when you need something. Our planet has finite resources, and more importantly (to our self-centered selves) we humans have finite attention. The more junk you have, the less you can focus on the important.

I’ve met people who spend their entire free lives maintaining their collections of stuff, instead of focusing on creating legacy work. This is a tragedy, but it isn’t the only option.

This kind of mobility, in the form I’ve taken, was not possible 20 years ago. A new brand of entrepreneur is evolving in our internet age. Cloud-living continent-hopping young business men and women are learning to take advantage of the low cost of the web to leverage their personal brands to live with less and travel the world.

Meet Colin Wright.
Colin runs a sustainable design and marketing firm from his laptop, and blogs at Exile Lifestyle. He moves to a new continent every 4 months. He spent last year in Buenos Aires, and worked his way up South America until he was back in LA. Now he’s in New Zealand skydiving in his spare time. Colin lives with 51 things.

Meet Leo Babauta.
Leo runs top 25 blog Zen Habits. Through minimalism he was able to concentrate on his writing, quit his day job, publish his book The Power of Less, and grow his blog to be one of the most read sites on the Internet. Leo lives with his wife and six children in Guam, he’s moving to San Francisco in June. For a family this size to have this mobility is unheard of, but through sharing resources and the Internet, this move won’t be any trouble at all.

Meet Tammy Strobel.
Tammy runs the brilliant blog Rowdy Kittens, where she writes about social change through simple living. Tammy used her dedication to simplicity to ditch her cars, eliminate her debt, and quit her job. She rides her bike daily through the shared-streets of Portland Oregon and blogs every week about how you can do the same. Tammy lives with less than 100 things.

Meet Karol Gajda.
Karol had everything, the BMW and the huge house. He made enough money to afford all that stuff too, but one day he woke up and realized it wasn’t working. He wanted out. So he sold all of his stuff on Craigslist, rented his house, and started traveling the world. Currently he’s teaching people how live extraordinary lives at Ridiculously Extraordinary from a beach in India. As far as I can tell, Karol lives with 3 quick-dry t-shirts, a pair of pants, computer, a video camera, and a guitar.

These are just the most well-known of the bunch though (because they’re bloggers!), thousands of people are making the decision to ditch their extra stuff and start to live their lives.

I get emails every single day from another person who’s decided to make the leap. They send me pictures of the CD collections they haven’t touched since the 90s, the magazine stacks in their basements, the computer cables from the 1980s that no one ever used, the shoe collection gathering dust. It’s all going in the recycling, and every moment that this happens makes me smile.

You can live with less. You can share resources. You can start to explore the freedom that comes when you don’t have to maintain a huge pile of worthless worldly possessions.

Oh, you’ll also save the planet.

Doesn’t that sound like a future worth living for?