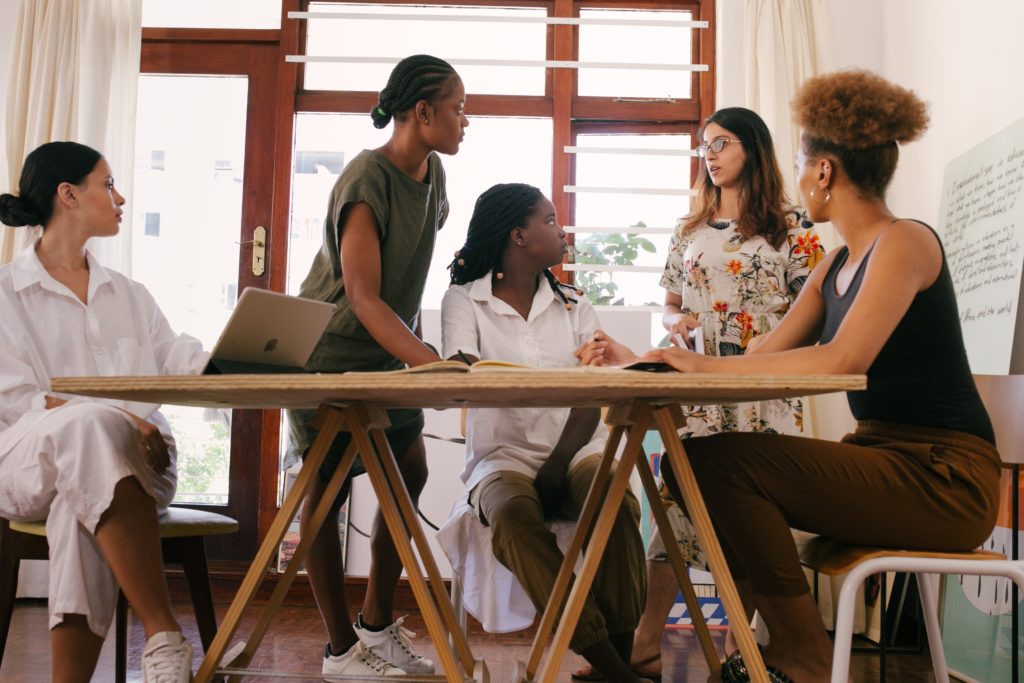 Photo by Retha Ferguson from Pexels

Across the world, individuals have been coming together to create mutual aid initiatives to help each other out during the current coronavirus epidemic. From creating Facebook groups to Google spreadsheets to donating items to those in need, women have led many of these ventures. Women have also been showing leadership when it comes to combating the epidemic, as countries with some of the best outcomes are being led by women.

Throughout history, women have played key roles in advocating for those around them. Dorothy Day was a social activist who advocated for the poor and indigent. She started the Catholic Worker Movement, a pacifist initiative that would set the groundwork for some of the enterprises started in the age of the coronavirus. Another female rights activist, Ericka Huggins, is a former leading member of the Black Panther Party, and was also the first woman and the first black person to be appointed to the Alameda County Board of Education.

Today, those ideals are back, helping to spur activism locally across the world. When cases of the coronavirus started appearing in Oklahoma, a group of women in the state started a Facebook group in which people who were homebound for various reasons could request a volunteer conduct their grocery shopping for them.

“The group was born from seeing a need in our own personal community,” said Rebecca McClure, one of the women who coordinates the group.“We live in a small, rural community with a large population of elderly people. We knew that they’d need assistance with getting their groceries and worried how they’d be able to do that safely. We didn’t want them to risk their safety for necessities.”

McClure said she and the other women got the idea for The Oklahoma Grocery Network after seeing a similar group start in Alaska.

“[My friend Angie Buchanan] saw how well the group was utilized in Alaska and decided to start an Oklahoma group,” McClure said. “She rallied a group of women to partner with her since she knew it would be a huge undertaking. She called on her colleagues and friends. Many of us are case managers or teachers who are currently working from home.”

McClure said one of the stories that stands out in her mind was one of the first requests they received. A mother and her children who are immunocompromised needed groceries. A volunteer answered the call within minutes, and the family had the necessary items within hours, she said.

“This initiative is not something that can be done with a small group of people,” she advises. “I can’t even count the amount of volunteers it takes behind the scenes to organize something of this magnitude. We are in 32 counties out of 77 in Oklahoma. We’ve had to network with other groups to find help because we couldn’t do this alone.”

The Oklahoma Grocery Network coordinators have recruited people from all over to volunteer their time picking up groceries from stores or food banks, says McClure. “There are plenty of helping hands in our state,” she added.

In Chicago, 19-year-old Alycia Kamil, who is a member of Good Kids Mad City — an anti-gun-violence group led by youth — organized a grocery delivery service when the lockdown first started there.

“We wanted to get involved because we saw a lot of other individuals and groups setting up mutual aid and we have a long history as an organization of giving food, resources and money back to the community. It was all just about coming up with how we were going to help in this specific situation,” Kamil said. “So I put together a Google form for people on the south and west sides to fill out, and we gave groceries to over 32 families.”

They raised more money than initially anticipated for the grocery service, so they started an emergency fund, she added. The group has raised more than $10,000 and continues to receive donations. Kamil says every moment in the process has been something to cherish.

“I don’t come from the best background financially,” she said. “I’ve applied for different mutual aid funds myself, so I know exactly what it feels like getting that help. One thing a lot of people highlighted that for sure sticks with me is that they’re so happy to see young black people being the ones who are giving back and running these initiatives, because we all know that if no one is going to do it for us, we have to.”

If elected officials, governors and mayors aren’t doing enough for citizens and residents, they [the GKMC group] have to be the ones to do so, she said, adding that she hopes that people continue to come together even after the pandemic.

Meanwhile, in the United Kingdom, a London woman is working on a mutual aid endeavor to distribute free sanitary products to both female health workers who are unable to access them, as well as women and girls living in poverty.

Hayley Smith is the founder of FlowAid and has partnered with Ealing COVID-19 Mutual Aid and Homestart to ensure donations are delivered safely, securely and directly to those who need them.

“The donations are split as equally as possible, delivered directly, and then the organizations take them to the women who need them,” she said. “The focus is across West London, and [the products] are taken to women and girls living in poverty, as well as to food banks and hospital trusts.” Smith said the process has been tricky to coordinate. “People contact me who want to donate, and I provide them an address to send the products to directly,” she added.

She added that, as a local undertaking, it’s easy for people to drive and drop them off, but most people are choosing to order online and have it sent to the address. “This is a little slower, but the safest way for everyone,” she said. “It also means that we have been able to look at expanding throughout the UK. The products are being left on the doorsteps, and then the organizations professionally disinfect the products and deliver them 24 hours later.”

While many mutual aid initiatives have been started by men, Smith noted, she believes there is something especially nurturing about women. Women, she said, naturally want to help and support. “Crisis is a huge motivator for change and innovation, and we have seen how much we depend on essential workers, so it’s only right we want to support them, and so we have seen an increase of local initiatives and grassroots campaigns.”

Kristi Eaton is a freelance journalist and Tulsa Artist Fellow in Tulsa, Oklahoma. Visit her website at KristiEaton.com.

Kristi Eaton is a freelance journalist and Tulsa Artist Fellow in Tulsa, Oklahoma. Visit her website at KristiEaton.com.